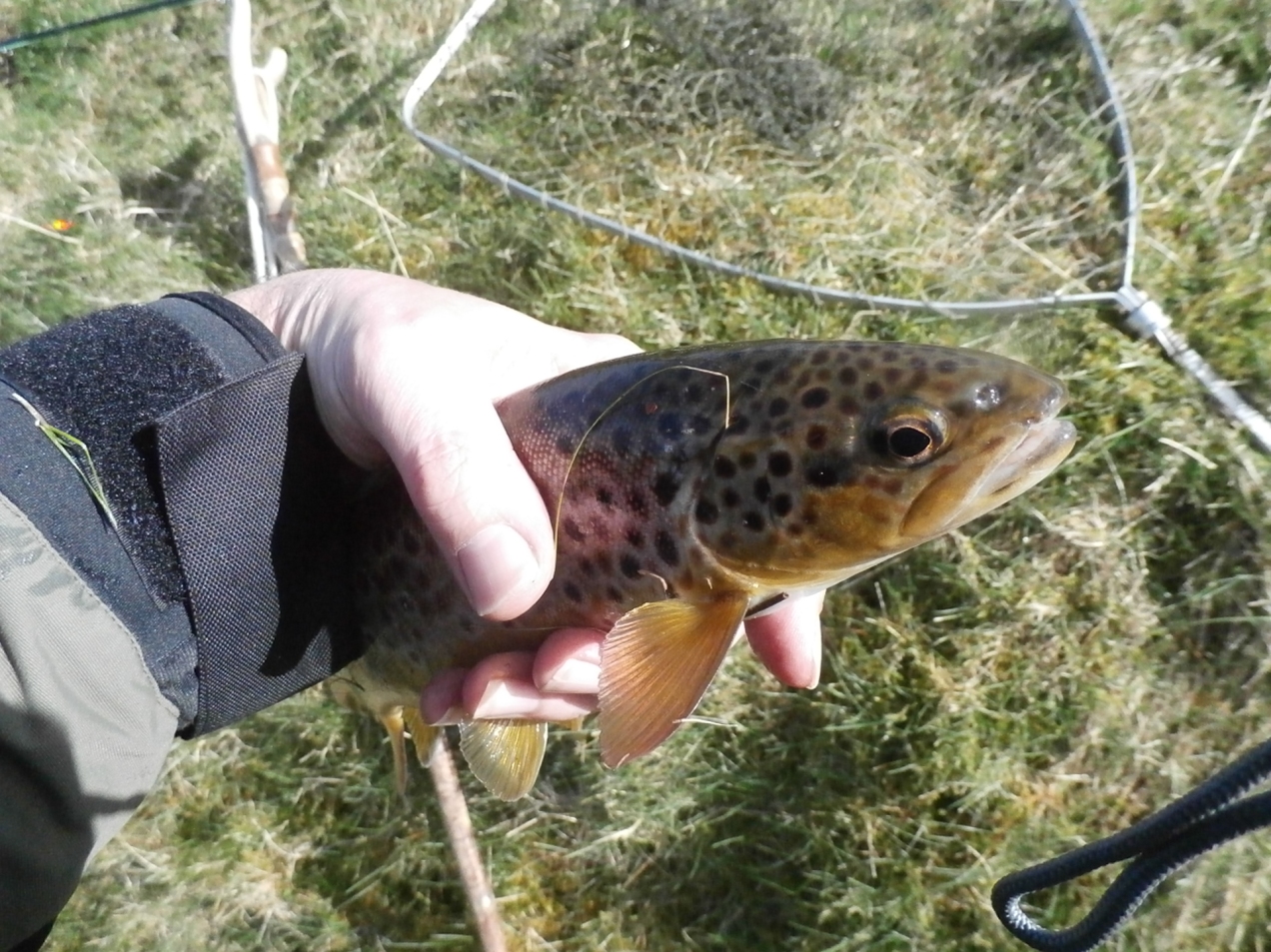 The rain finally stopped last week and the rivers have been slowly dropping back to more reasonable levels. I had a look at the Robe last weekend but she was over the banks and in the fields in most places so there was no chance of fishing. Today was a beautiful spring day though and so I fired up the old VW, put some CCR on the CD player and headed off in search of my first trout of 2017. 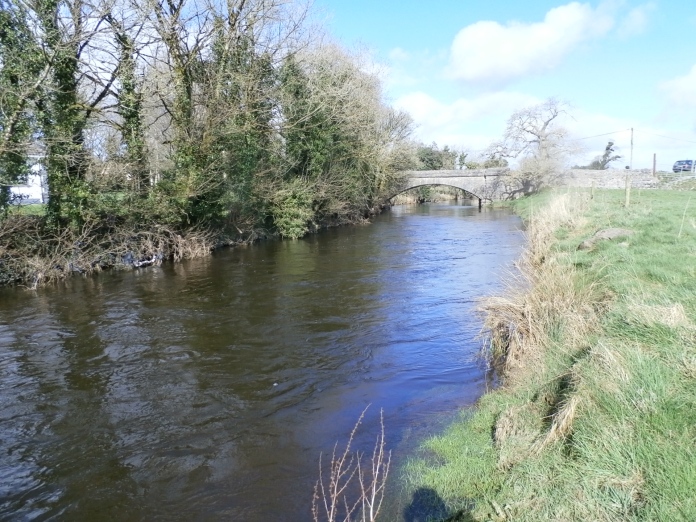 My initial look at the river was last Sunday when the rain was still falling. At Hollymount the Robe was charging under the bridge, a full five feet above normal level. Familiar runs and pools were invisible under the brown torrent.

Last weekend, near flood conditions on the Robe

I elected to fish a few miles above Hollymount today, an area I know well having fished for many years now. I had my eye on one particular pool which usually fishes in high water conditions. Parking up near a bridge I took a look at the water before starting to fish. The levels were certainly down, by the look of the banks some 3 feet lower than a week ago, but the river was still highly coloured. With an air temperature of 15 degrees and bright sunshine it felt like there should be some fly life on the water. I tackled up deep it thought about what to try.

This particular stretch features some nice runs and pools but most of them fish best a little later in the season and in lower water so I marched of down the bank to get to the slower water about a mile down river. The local farmers had been busy erecting new electric fences. It’s a feature of this part of the world that fences are placed as close to the edge of the river as possible, making it hard for us fishers to access the bank without the unpleasantness of occasional electric shocks. I have lost count of the number of those horrible numbing shocks I have had over the years as I tried to negotiate fences.

Electric fences; oh how I hate these things!

I initially set up with a weighted Hare’s Ear on the tail and a Plover and Hare’s ear on a dropper and fished them down and across. This is a good combination for searching the water normally but today it only seemed to interest small trout. My first of the season took at the very lip of a pool where the water gathered pace and shallowed. At only 6 or 7 inches it was little more than a baby but at least I had broken my duck.

The first of the season.

A couple of other similar sized lads fell for the charms of the weighted Hare’s Ear too but the sport could hardly be described as hectic. I found a grassy bank to sit on and thought about what was going on around me. 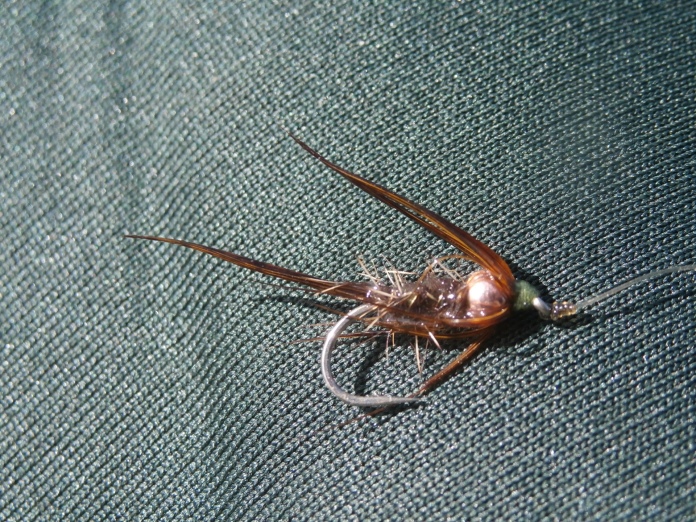 With high water and a strong flow it felt like my flies were not getting down deep enough for the fish to see them. No flies were hatching despite the lovely weather so any action should have been happening on or very close to the bottom. A change to deeply fished nymphs seemed to be a logical option.

A pair of tungsten bead weighted nymphs fished below an indicator was soon rigged up. With my failing eyesight the use of an indicator has sadly become a necessity for me these days. Anyway, on the fourth or fifth cast the indicator stabbed forwards and another smallish trout was duly landed. By now it was becoming very warm indeed and the sun beat down from near cloudless skies.

I worked my way back upstream, fishing hard and with my eyes glued to that indicator. I covered the water carefully and methodically, fanning my casts out across the pool and only when I had covered every inch would I take another step upstream and repeat the process. Being so limited to the amount of fishable water I had to ensure I didn’t miss a single piece of it. Halfway up the pool my indicator gave what I can only describe as a small stutter in its progress back towards me and I struck with a sweep of the rod and a sharp pull on the line with my left hand. The hook found lodgement and a better fish charged off and leaped clear of the brown water.

Maybe a couple of ounces over the pound

Safely netted and returned, I took stock of the situation and elected to call it a day. The afternoon had flown by, fish had been landed and there was no signs of any flies. The river was far from at its best and I felt that I could fish on for another hour without much improvement in conditions. Enough for one day!

Spring days like these are treasures. Just to be out on the river bank as the warmth and life returns to the land is something not to be missed. There will be better days in the near future but for now I drank in the views across the Mayo countryside and happily walked back to the bridge and the waiting car. With the gear safely tucked in the back I turned the key and pressed ‘play’. The Fogerty lads were singing ‘Up around the bend’ which was more than appropriate for the day that was in it.