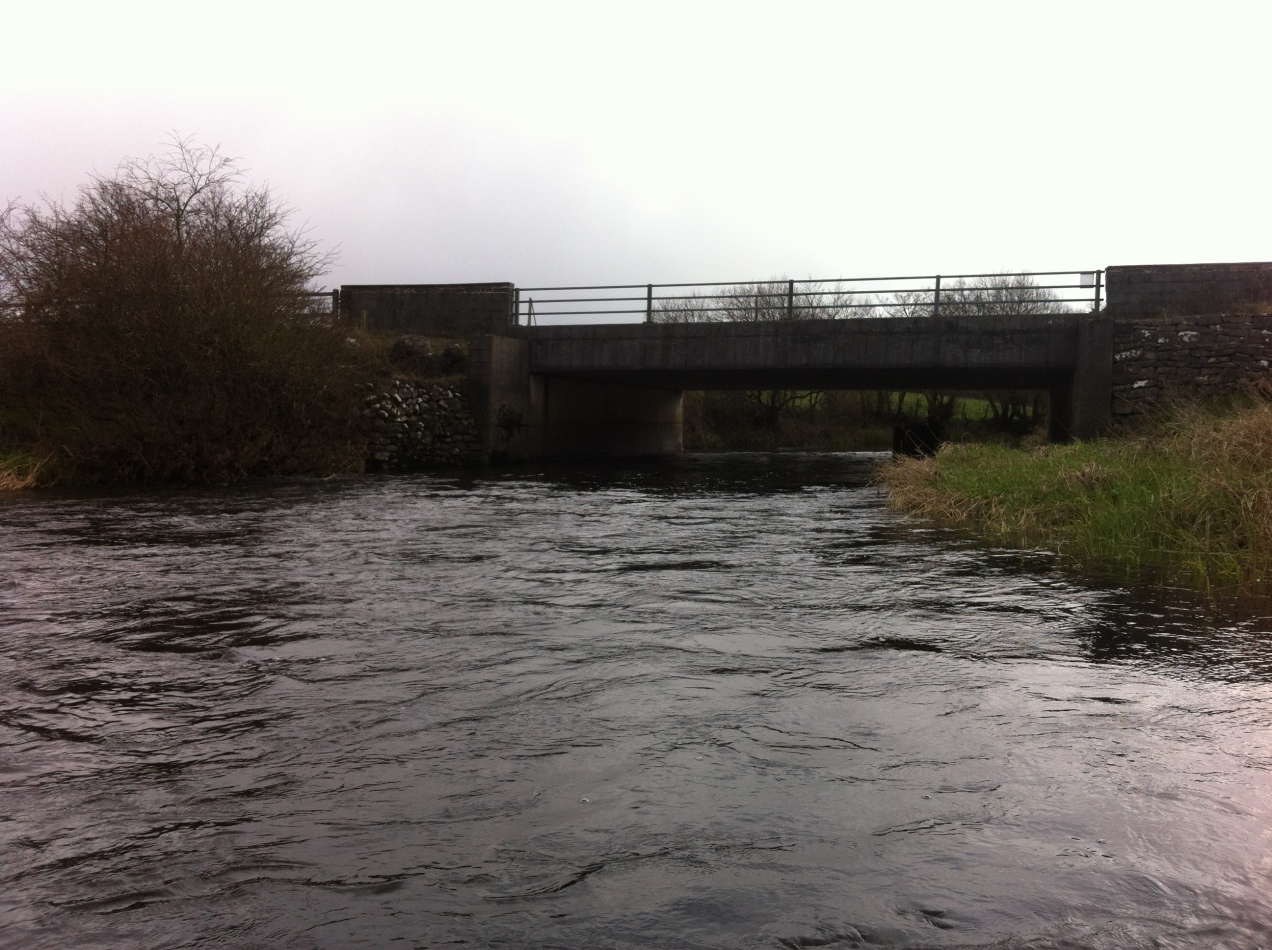 It is raining today. It rained yesterday and the day before that. The countryside around here in Co. Mayo is totally waterlogged and serious flooding is occurring as I write this post. People’s livelihoods and homes are threatened by this prolonged period of wet weather and they are understandably angry with a government who they blame for a lack of action after flooding last winter. Now voices are being raised to dredge the rivers. While I fully understand the desperate need of those under water, dredging rivers will not fix the problem.

Ireland has a long and ignoble history of dredging river courses. During the ’50’s and ’60’s the OPW systematically dredged most of the rivers in the country. Diggers scooped thousands and thousands of tons of gravel and rock from the bed and dumped it on the banks. Rivers were straightened so that the water could flow more quickly. What was left when the machines rumbled away was little more than a shallow drain, devoid of life and of no use to man or wildlife.

While all this was happening the government also introduce schemes for planting huge numbers of conifers on upland ground at the head of the rivers. These had the effect of allowing rain water to be very quickly funnelled into the rivers, both denuding the already poor soil of the last vestiges of nutrition and increasing the risk of flooding downstream. Towns and cities grew and they added tot he problems as efficient drains led more water into the rivers too. Lowland rough pastures have been ‘improved’ by digging deep ditches to drain new fields of grass for cattle production. In short, we have done everything possible to remove the ability of the ground to soak up water.

I have little or no faith in the political system here in Ireland, whatever it takes to get a vote is going to be the new policy. With so many people clammering for rivers to be dredged I can see 2016 being the year when a lot of our rivers are once again turned into canals. The really sad part of this is that it won’t stop the flooding. Until the uplands are rehabilitated we will continue to see flooding and the resultant loss of property and homes.

A dredged stretch of the Manual River.