So those of you who follow these scratchings of quill on keypad will be aware of my deep and abiding love for an old ABU spinning rod, the Atlantic 423. Well, late last season I managed to break the tip ring. As you can imagine this was not a happy moment for me and I immediately set about finding a replacement. Have you any idea how hard it is to source 1970’s ABU rod rings? I will tell you – impossible! I scoured the internet without success and the faithful old rod sat out the end of the season in a corner of the fishing room.

ebay came to my rescue though. Not a genuine ABU replacement but instead a packet of 5 similar stainless steel tip rings with the required 3mm internal diameter. I bought them and yesterday I finally got around to making the repair.

I began by carefully cutting off the old whippings using a razor blade. These were for decoration only and the ring itself was actually held in place with some hot melt glue. It was the work of seconds with a match to heat the ring and glue and pull off the broken ring. I took care to leave the silver foil for the decoration in place as I wanted to keep the rod as near authentic as possible. Now I had to pare away at the hard glue which was left on the end of the blank so the new ring would fit. 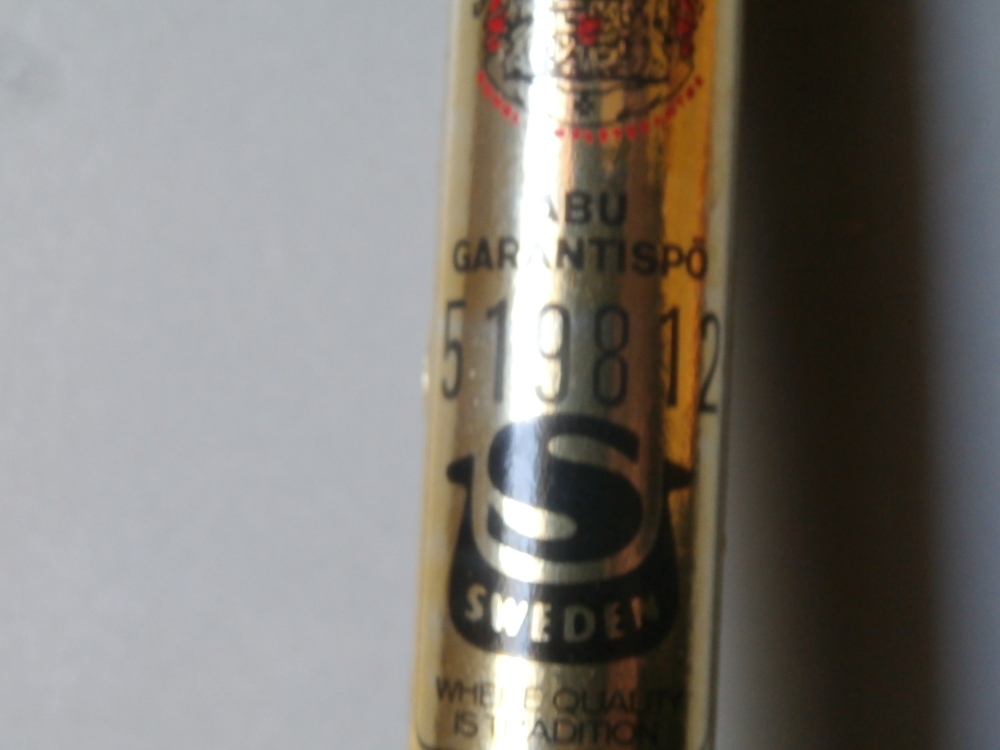 Melting a drop of hot melt on to the very end of the blank I quickly pushed the new ring into position. Luckily, I got the alignment right first time but using hot melt glue means you can always re-heat the new ring and re-position it.

I had a spool of brown whipping thread in my repairs box so it didn’t take long to whip the legs of the new tip ring and create the open spirals over the silver foil once again. A whip finish using a loop of thread and the waste was cut off to reveal a neat repair job. A coat of clear epoxy finished the job off. She is ready for action next season! 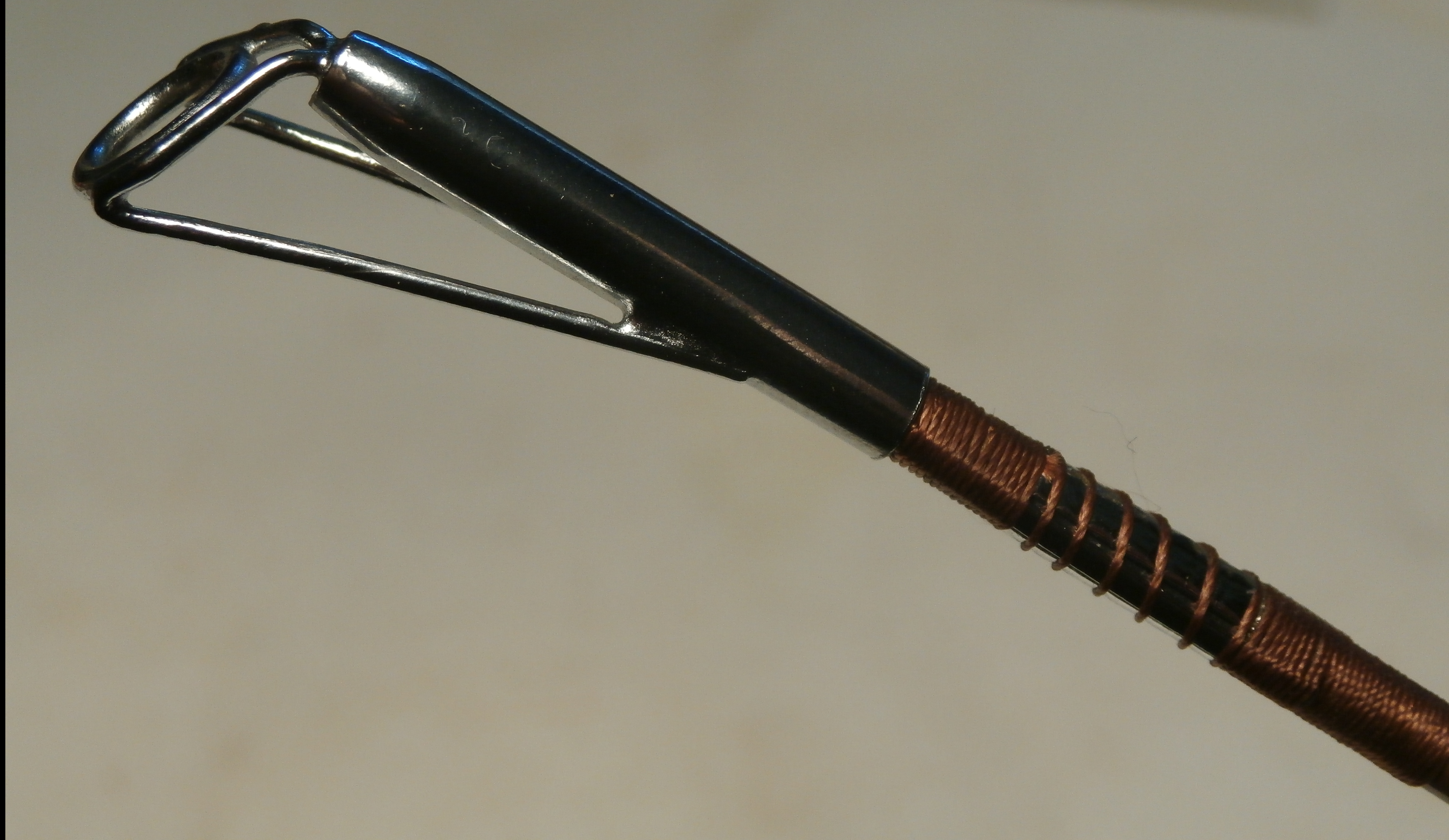 For me, repairs such as this are part and parcel of my fishing. I fix what ever I can rather than send it off to be repaired (or worse still simple thrown away). Winters are spent fixing reels or replacing broken rod rings, making flies and painting lures. I really believe this adds a lot to my enjoyment of the sport. And don’t get me started on boats!!!!