‘Tis the season for fly tying and my thoughts have turned to what to try on Carrowmore next season. When fishing that lake I firmly believe I could get by with a cast of a Claret Bumble, a Green Peter and a Bibio and catch just the same number of fish but that would take away from the joys of trying out different patterns and the sweet moments of success when a salmon imbibes one of my own designs. So I sit, hunched up to the vice, for long hours each winter. New materials are tried out, variations on old reliables given a trial and occasionally some fresh ideas are brought to life. Here are some of this winter’s offerings so far………….

On a bright day early in the season, what would you reach for on Carrowmore Lake? Maybe something with a tinsel body? How about some bright hackles? I would normally go down the route of a Magenta Bumble of something similar but maybe a white fly might be worth a try instead. This one doesn’t have a name but it looks so different I think it might just work on a cold, clear day. 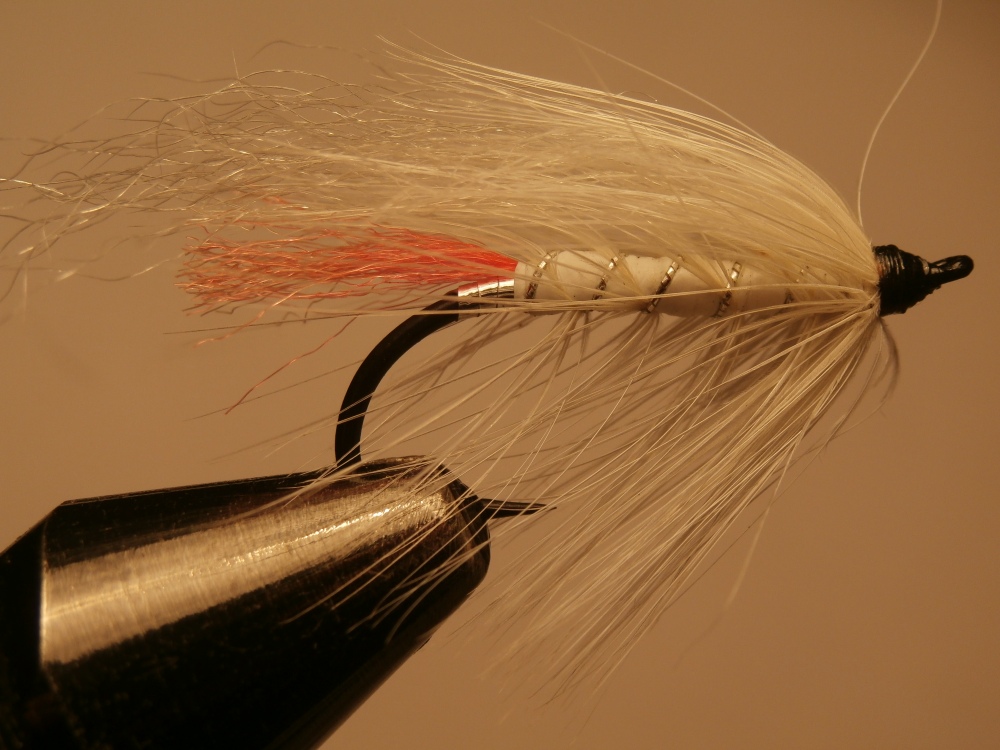 Body: white baby wool (the same stuff that is used to make the Baby Doll lure)

Hackle: A long fibred white cock hackle tied in front of the wing 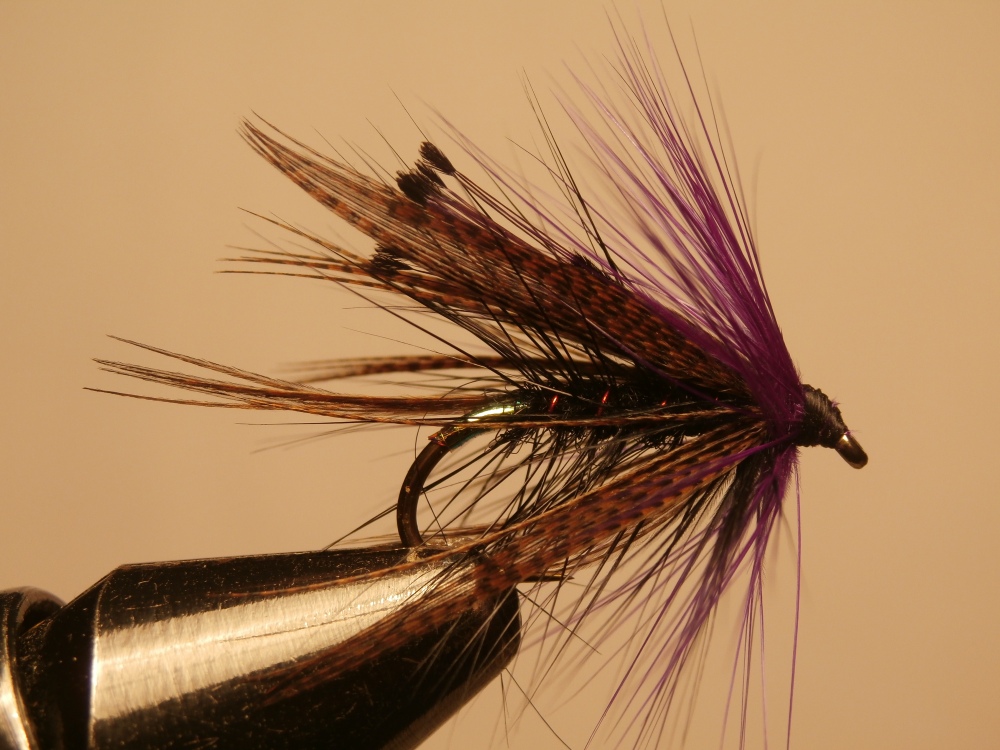 At the other end of the spectrum, a dull day often requires a dark, sombre fly. Like you no doubt, my fly box bristles with Bibio’s and Watson’s Fancy variations for just such conditions. What if we add another colour to the palette though? Would a dash of purple make the difference? I like purple on the darkest of days, when the sky is low and the wind makes the boat scud across the wave tops. On Carrowmore that sends anglers scuttling back to the bar as the lake quickly churns, but in those few minutes before the colour comes in the water you can sometimes hook a fish. This pattern is tied with just that scenario in mind. I suppose you could call it a Purple Dabbler 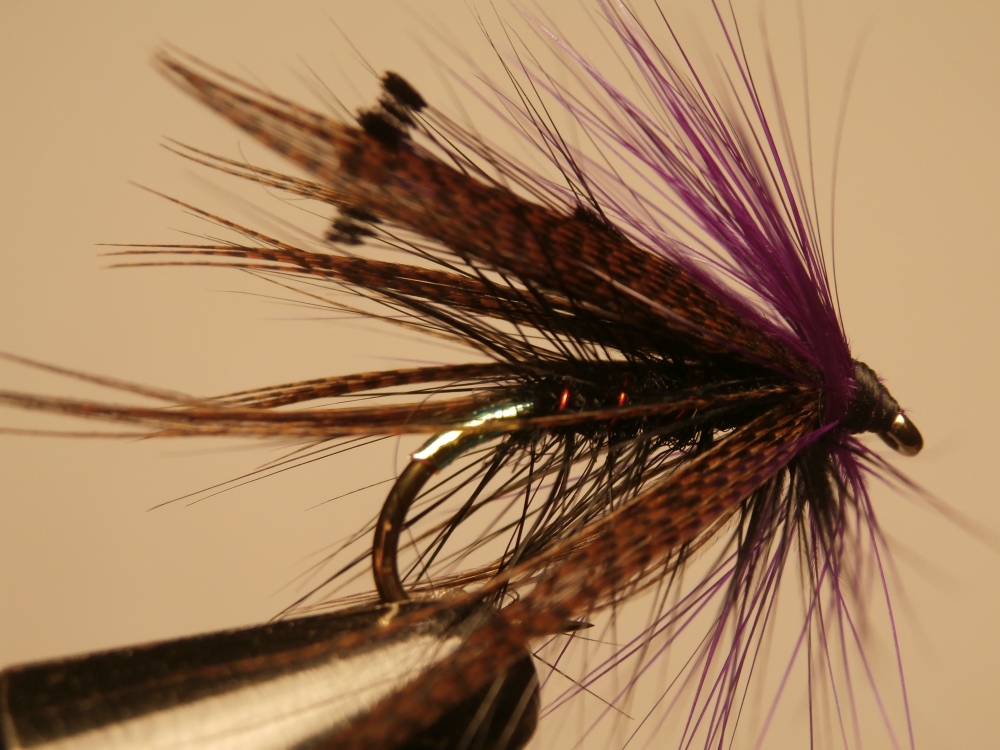 Hook: A strong trout wet fly hook like the Kamasan B175 or similar. An 8 would be a good size I think.

Tag: Opal mirage, a couple of turns at the bend of the hook.

Body: Ballinderry black fur with a turn of purple fur under the cloak if desired

Wings: Golden pheasant tippets dyed purple under a cloak of bronze mallard. Optional 2 or 3 strands of flash over the wing

Hackle: Tied in front of the wing, lots of turns of a long fibred cock hackle dyed purple. 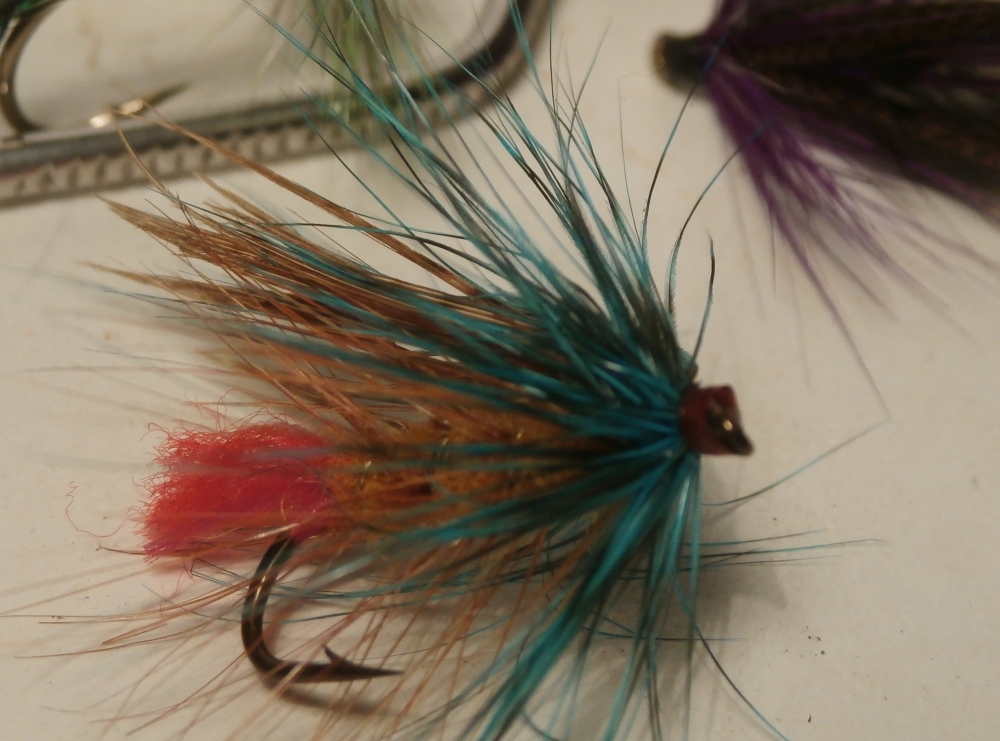 This is a deadly trout fly but I fancy giving it a try in larger sizes for salmon on the lake. It is just your bog-standard Invicta with a red tail and tag. I added an extra couple of head hackles for some additional movement. 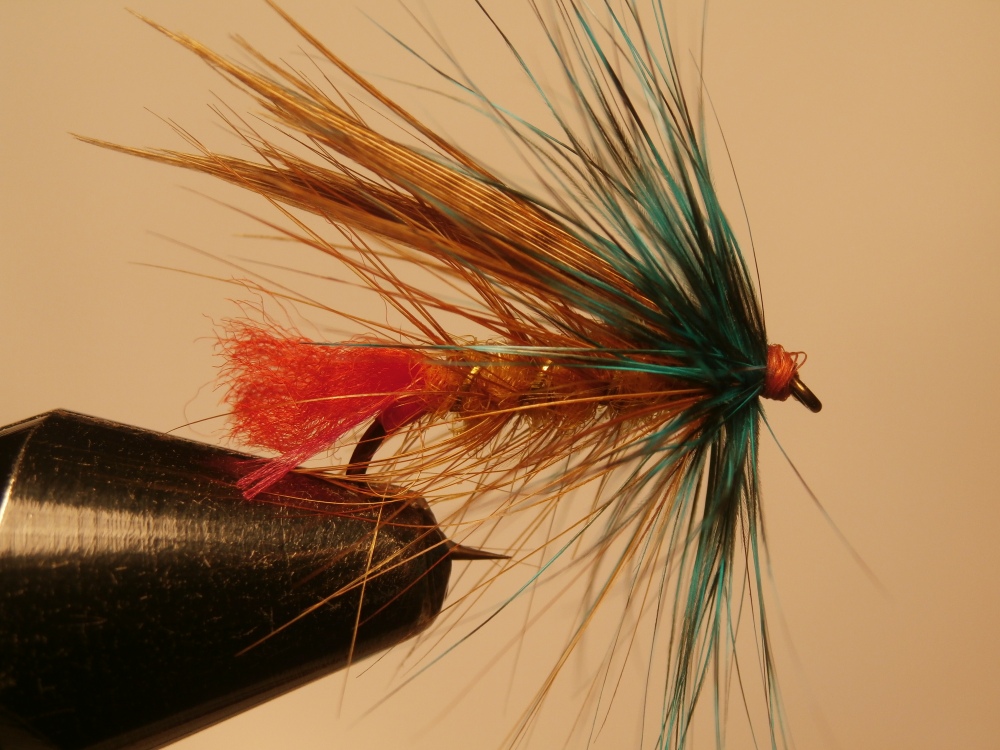 I confess that I have yet to catch a salmon from Carrowmore on any shape or form of a daddy. A late season fly on an early season lake does not sound like a smart move but this Green Daddy might be sufficiently  different to entice a fish fed up of the endless Bibio’s and Green Peter’s. It looks nothing like a natural daddy but then it is not supposed to. I just wanted that leggy outline combined with shades of green. A Green Peter is deadly on Carrowmore and the Green Highlander takes a few fish every season so why not a Green Daddy? 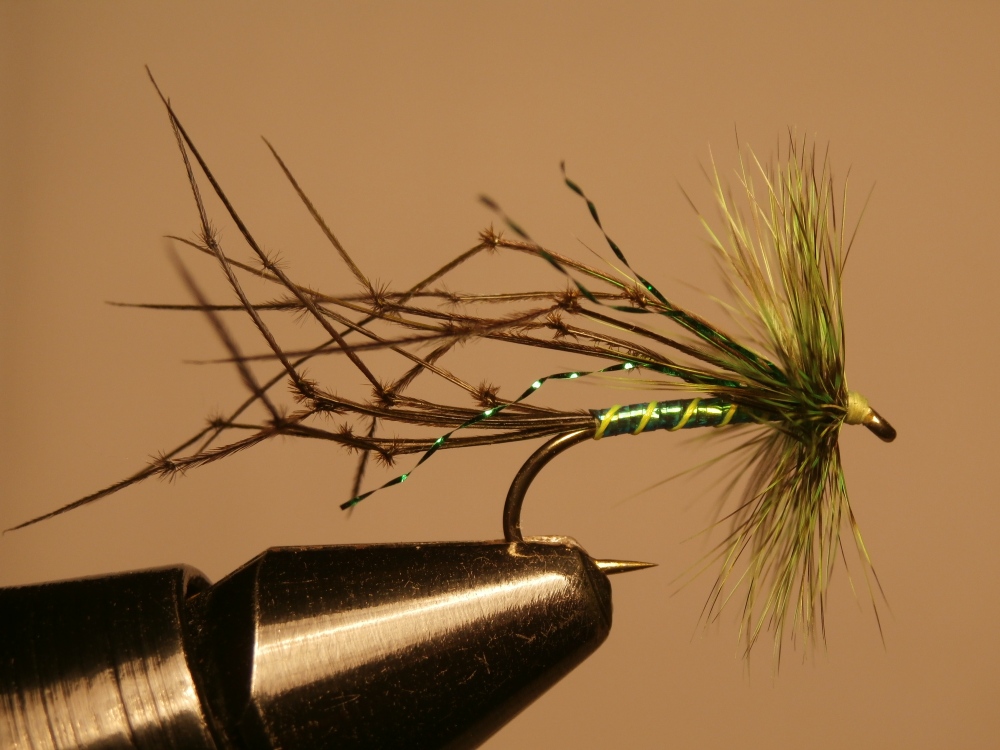 Tail: Formed with a bunch of cock pheasant tail fibres which have been dyed green and each one knotted twice. About a dozen fibres in total. You can add a couple of strands of krinkle flash too if you want.

You could also add a head of deer belly hair dyed green and spun muddler style if desired.

Look, none of these patterns has so much as been tied on to a leader never mind given extensive trials so they may be a total flop. But then again……………………….. 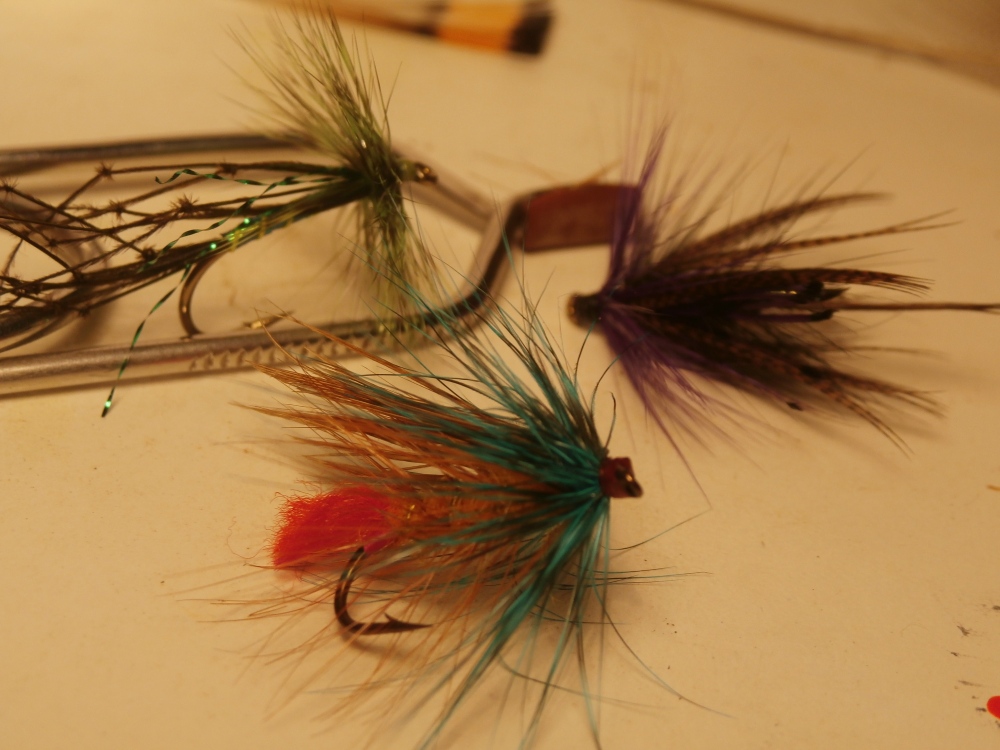