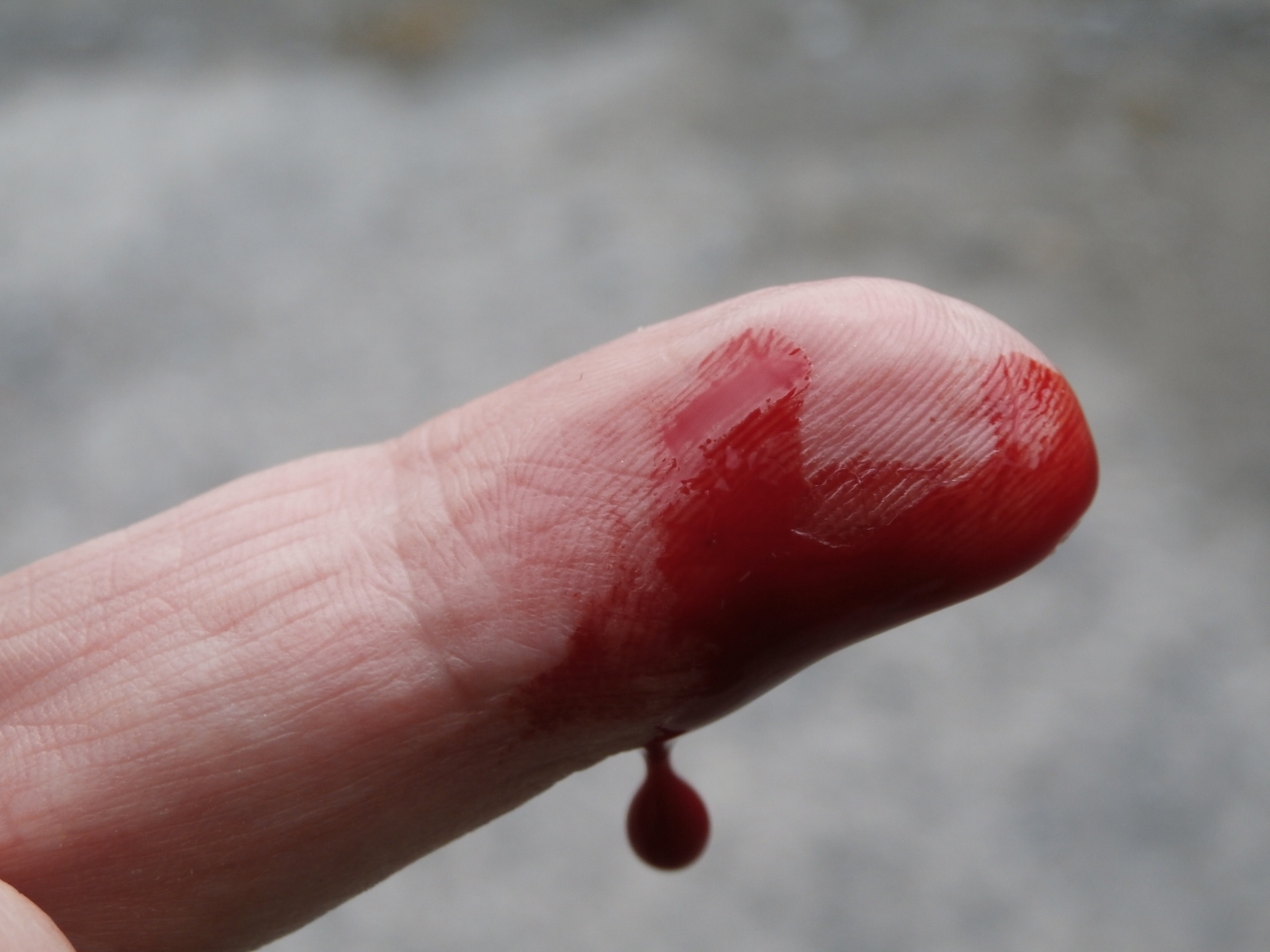 The morning slipped away from me but by 11.30 I was behind the wheel and heading off to spend a few hours trout fishing on the River Robe. All the rivers around here are high and this usually improves the fishing on the Robe, so hopes were high as the old green VW rumbled down the road filled with rods and reels. The target area was going to be the fast water below the bridge at Hollymount. I didn’t know it then, but this was going to be an eventful day. 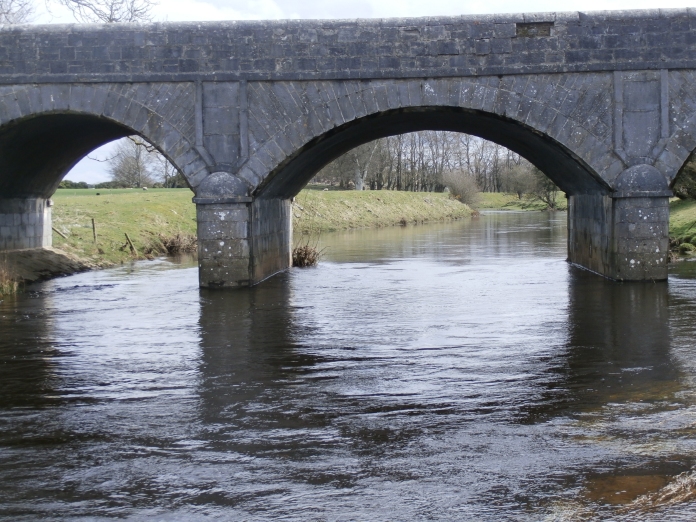 As it turned out, the river level was even higher than I had presumed, meaning the three pools below the road bridge were just too fast for easy fishing. I slung heavy nymphs into the flow but even the tungstens were swept away quickly in the rush of water. 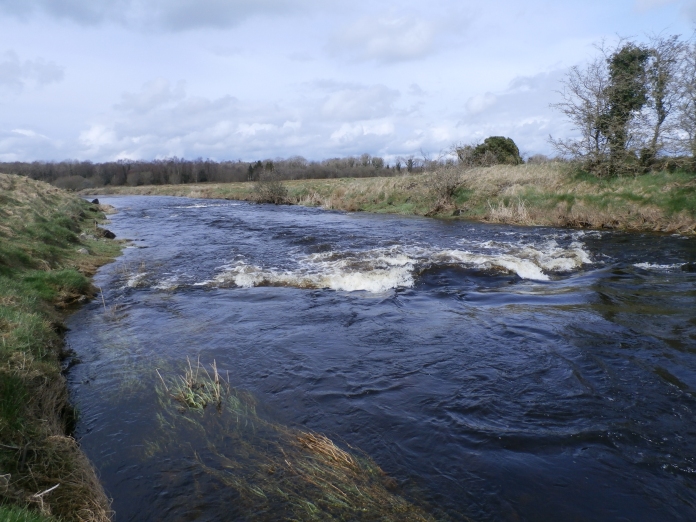 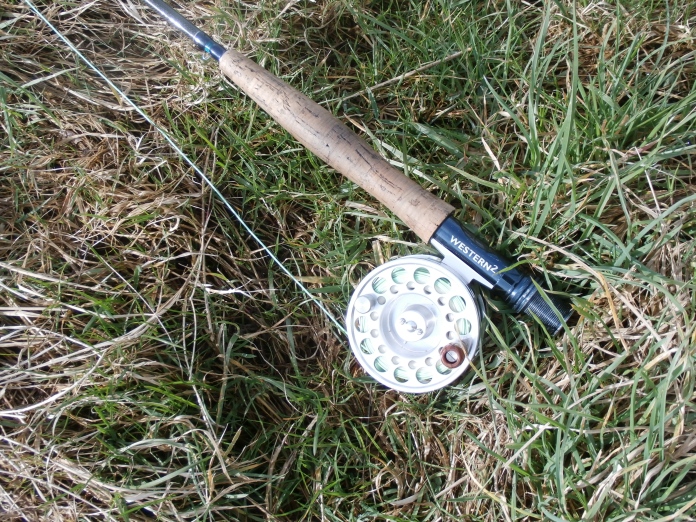 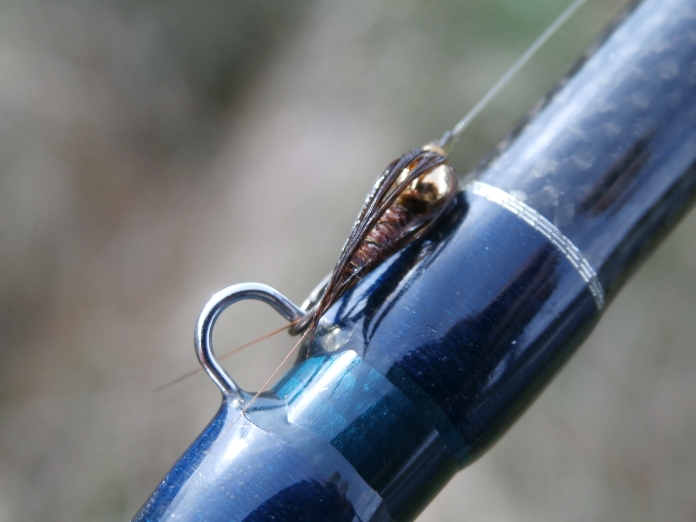 There was no sign of any fly life down here but a pair of swallows showed up, the first I had seen this year. By the time I had reached the lower pool I had made up my mind to try upstream of the bridge where the flow was much more friendly. That was when it all started to go pear-shaped on me.

To access the water above the road bridge you can either wade under the bridge (crossing a number of barbed wire fences in the process) or cross the road, hop a stone wall and head across a field. I always choose the latter option as the barbed wire below the bridge is a proper pain in the b__t. This time I placed my rod over the wall and as I drew my hand away there was a sharp pain in one of my fingers. The middle dropper had sunk into the flesh. I swore! 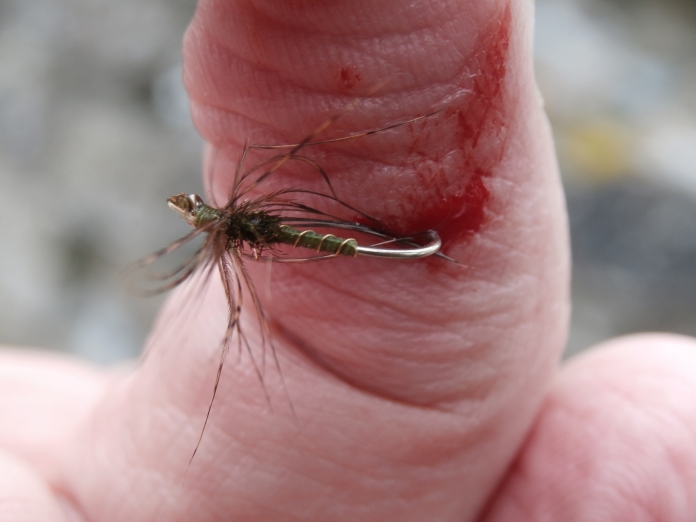 I poked about at the fly to establish that, yes, it was well past the barb. For those of you who have never had to deal with this scenario here is how you extract a barbed hook from your flesh. Only try this in places you can access easily and NEVER if the hook is in a sensitive area (such as around your eyes). If in doubt, get yourself to a hospital where they will have it out in no time. So, here I was with a size 14 spider stuck in the middle finger of my left hand. Pulling it out is not going to work as the barb just digs in where you try that. 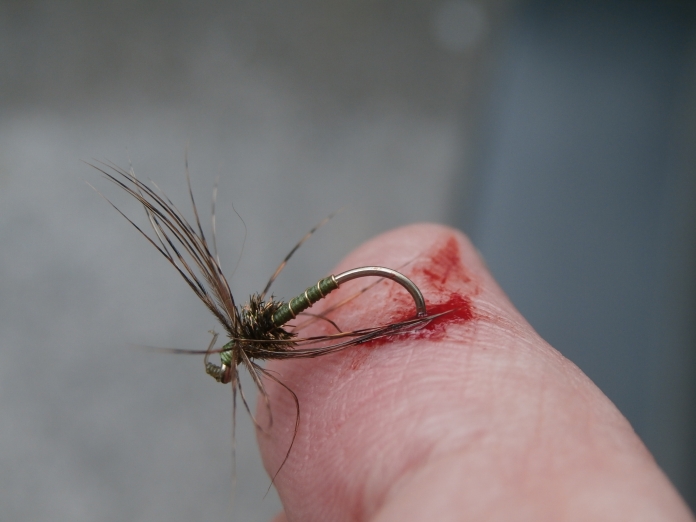 Past the barb, this will have to be pushed through

Instead, you need to push the hook point back out through the skin, then flatten the barb so it can be withdrawn. I am not going to gloss over it, this nips a bit. But it is never as bad as you think it will be and a little pinch is worth the speed of getting back to the fishing. Holding the hook very firmly, angle it up and push the point back through the skin. Feed the hook through until the barb is clear. 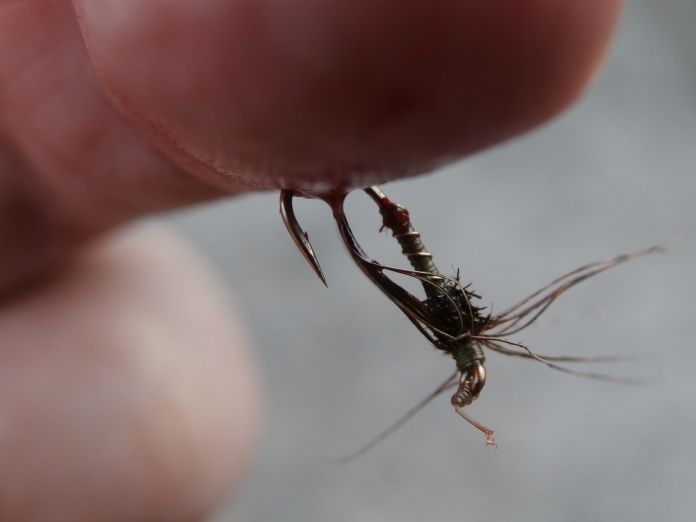 Here, I have pushed the hook back out through the skin and you can see the barb which now can be flattened

That is the hard part past, all you need to do now is flatten the barb on the hook. I always keep a pair of de-barbing pliers at hand so this was only the work of a few seconds to mash the barb down. Yes, I know – I should have done this before I started fishing!!!! 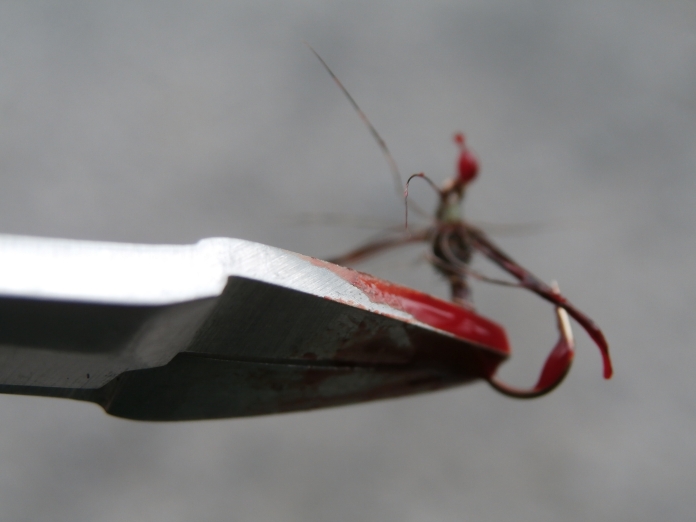 Pushing the hook back out was easy with the aid of the pliers. Blood dripped from the tiny wound but I soon had that cleaned up and a plaster stuck over the hole. I carry a small first aid kit in the car at all times and I would urge you all to do the same, you never know when a small mishap could require patching up. 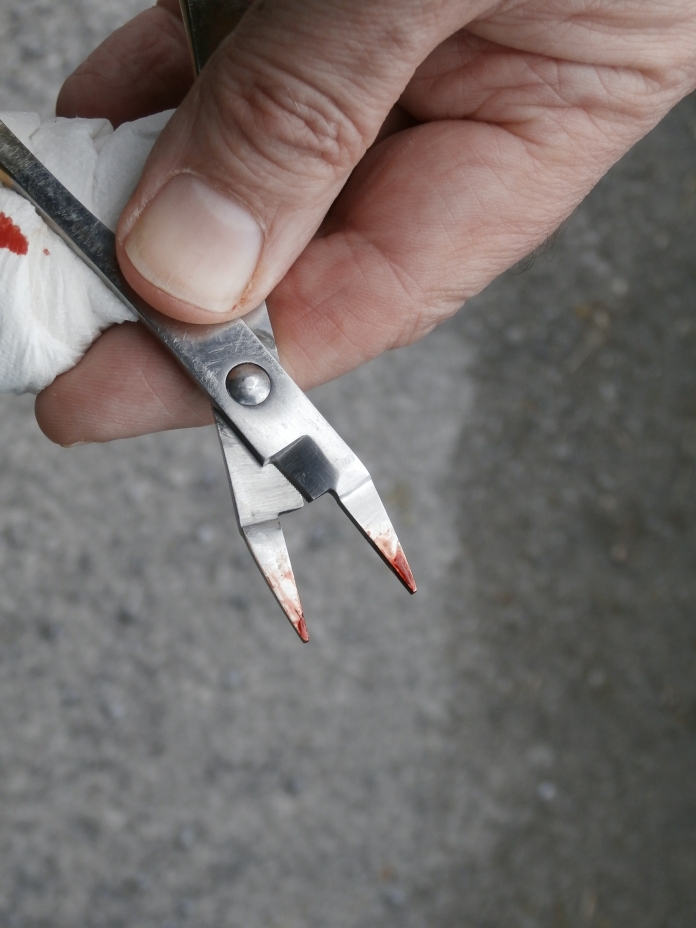 That minor drama over I made my way up river. By the old footbridge there are sometimes a few trout feeding but not today. With no flies hatching the river was dead so I decided to change venue. An hour had elapsed and all I had hooked was myself! 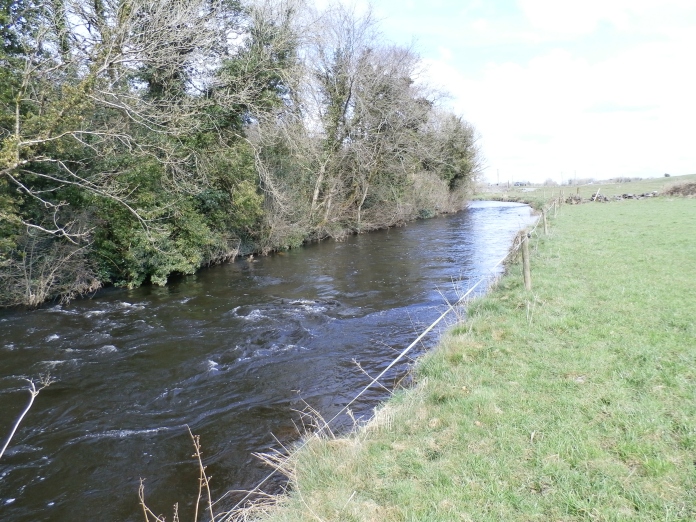 I didn’t even dismantle the rod, just stuck it in the car as it was and drove a few miles to the stretch I fished last week. I felt way more confident here. The air was warmer and the flow of water, while still fast, looked to be much more manageable. The net had caused me nothing but grief at the last spot. This stretch has never produces a fish of more and a pound-and-a-half to me so I decided to leave it in the car this time (you know this is going to end in tears!). I tied up a new leader and started to fish down through the pools. In this type of water I like to flick out a short line with three flies, taking a step each cast. This allows me to cover a lot of water quickly. A few stoneflies were fluttering about in the air so I tied a size 12 Plover and Hare’s Ear on the bob, and March brown spider in the middle and a flashback Endrick Spider on a curved size 12 hook occupied the tail position. 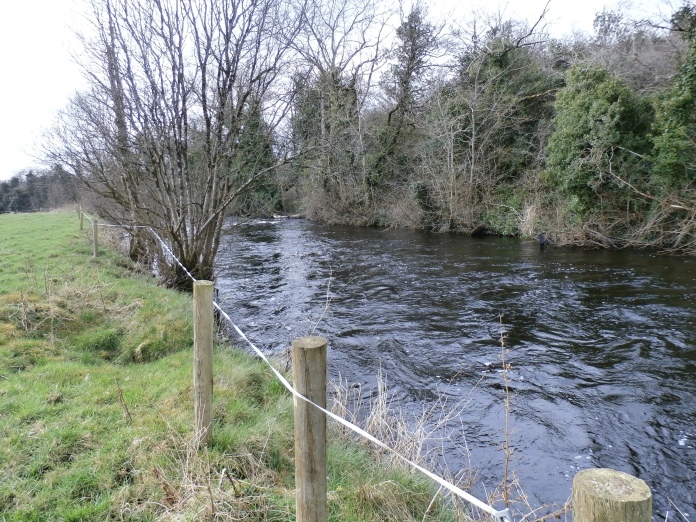 No takers in the first pool, so I started down the next one. There was a difficult fence to negotiate and as I pushed past the jumble of barbed wire and rocks the line tightened. The reel screamed as the fish made a dash for the tail of the pool and  20 yards were stripped from the reel in a flash. He stopped at the tail of the pool and leapt, clearly a very good fish! I could see the fish had taken the bob fly and he seemed to be well hooked so I gingerly played him back up to me, taking my time and countering his darts and runs. Only as he was tiring I recalled the net was still in the car. When I figured he was played out I reached down but as soon as he felt my touch he turned and shot off, snapping the line. He was gone. I estimate that trout was between two and three pounds! 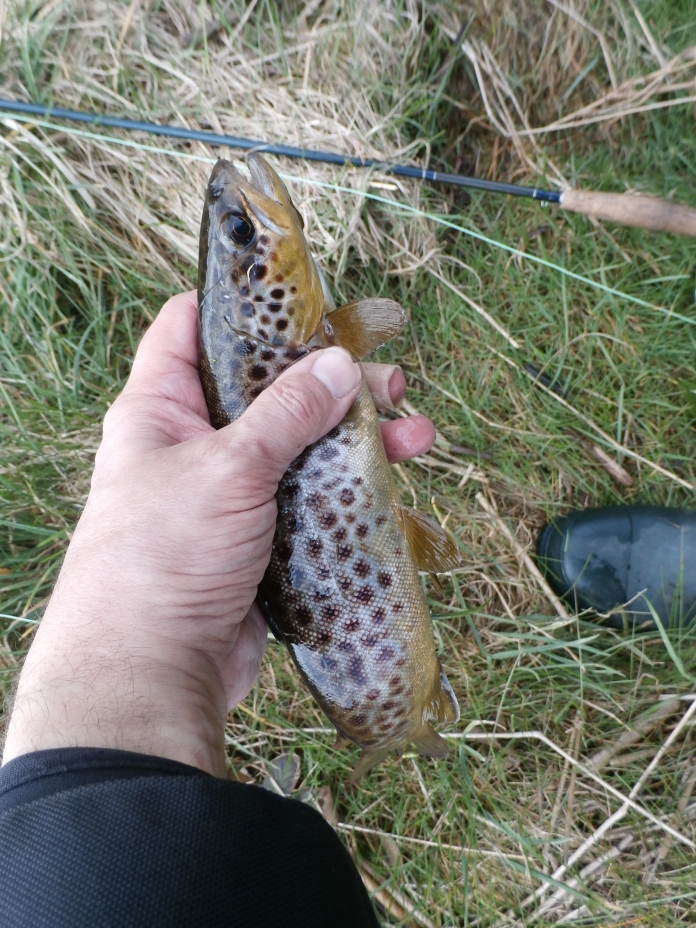 OK, with nobody else to blame I had to pick up the pieces and try again. Another new leader, three more flies. Back on the water, I repeated the same method of presenting the flies and was rewarded quickly with another firm take. A 12 incher came to hand, swiftly followed by some more, smaller fish. This was better! 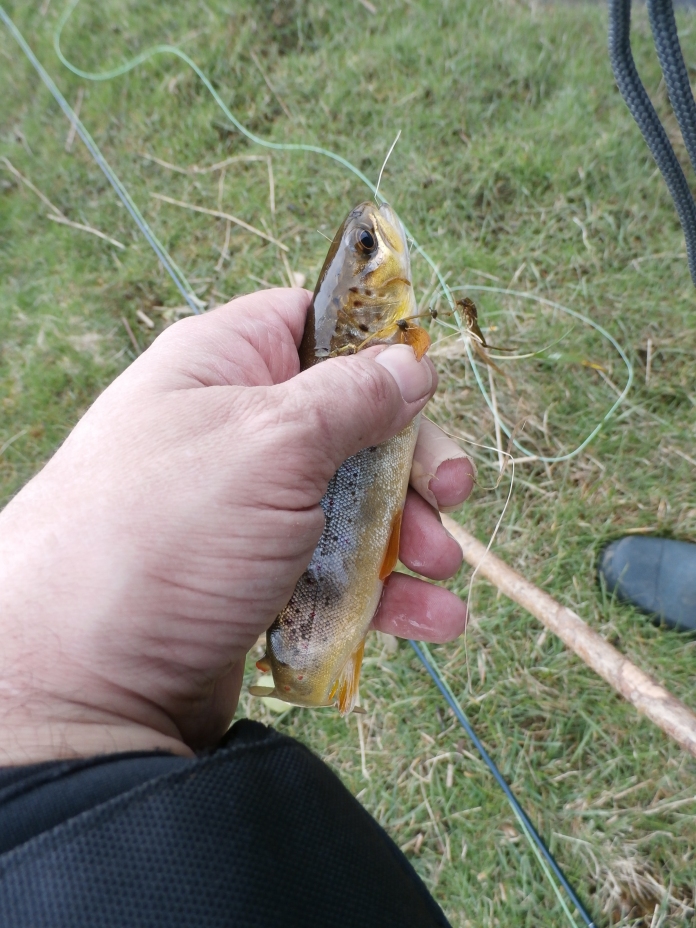 Working my way down the river I skipped some of the faster water and concentrated on the slower pools. 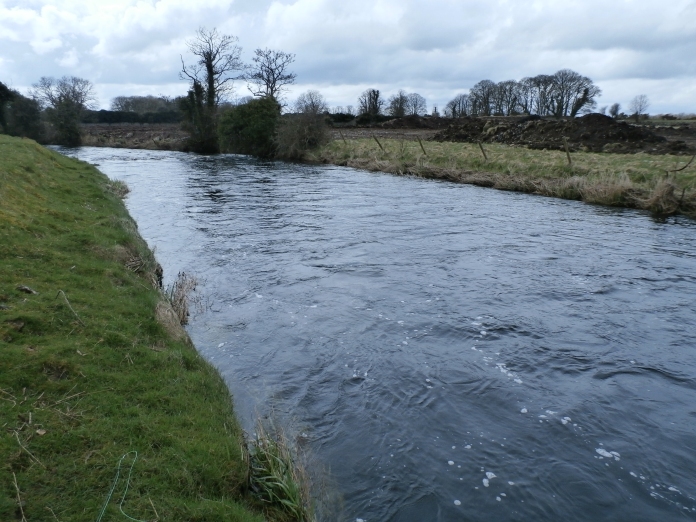 lovely pool which gave me some smallish trout today

Trout number 5 stuck me in a weedbed but I managed to prize him out. Number 9 jumped a couple of feet in the air when he felt the hook. By the time I reached the bottom of the stretch I had landed ten wild brownies and lost another 4 or 5. 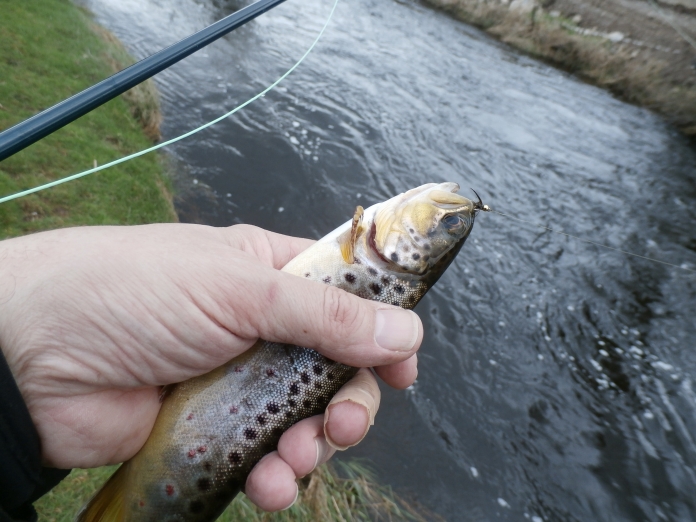 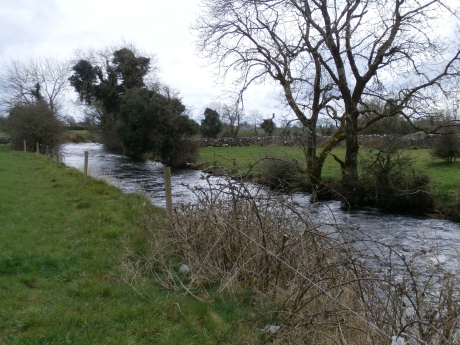 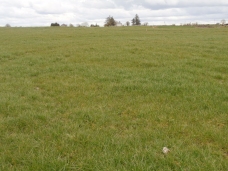 the fields are beginning to green up 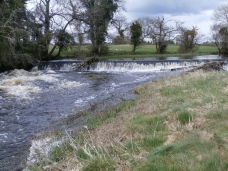 high water at the weir 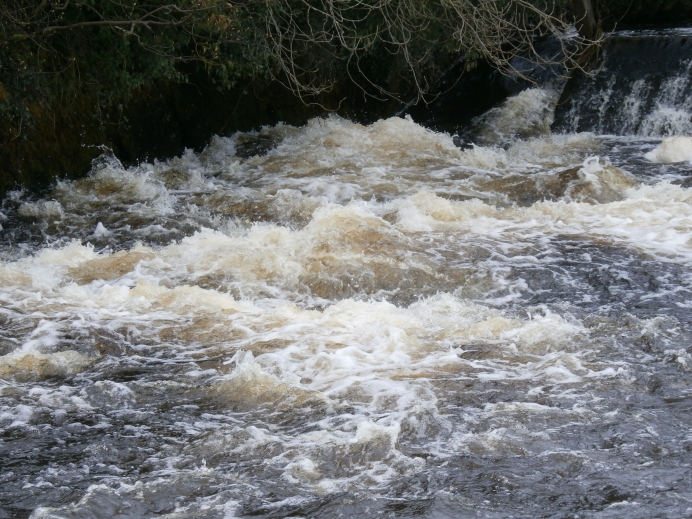 I did not see a single rise but the fish were feeding near the bottom. With a bit more attention to detail I could have landed a very good fish today but still caught a nice bag of fish. Prospects are good for the next few days! 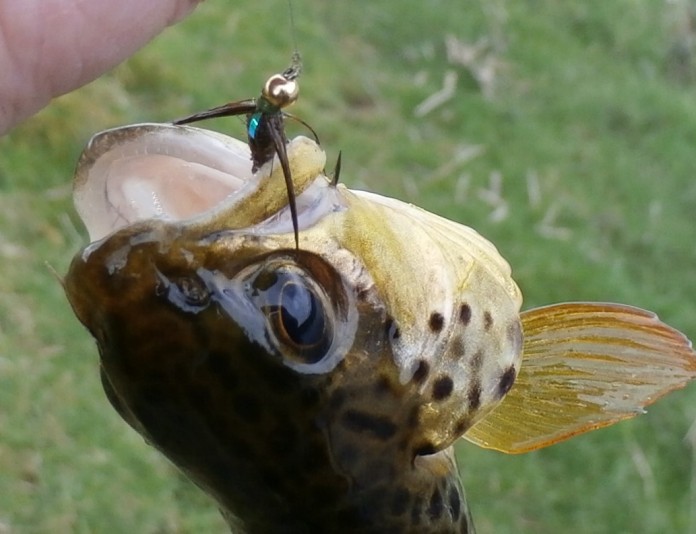 And the moral of this simple tale is ALWAYS BRING YOUR NET!!!!!! 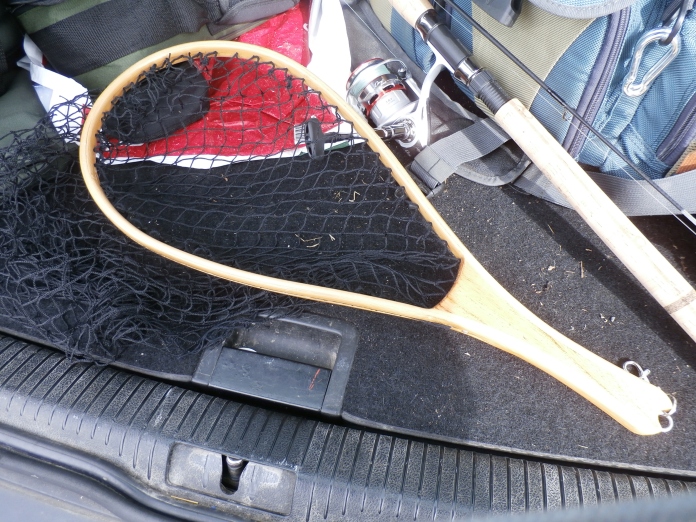 still there in the back of the car.