Day 2 on Lagduff and the drought continues. There was some mist in the morning which we all prayed would develop into a deluge but it petered out without making any difference to the water level in the Owenduff river. I elected to try fishing down at the bottom of the beat and set of with rod and wading stick along the side of the shrunken stream. The wading stick was an essential bit of kit as the bottom of the river consists of rounded stones covered in very slippery algae. 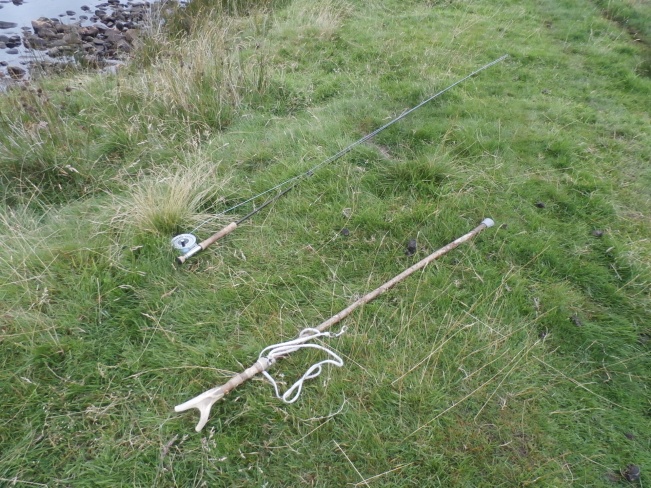 All the way down the river was a sad shadow of a river, more stones than water. 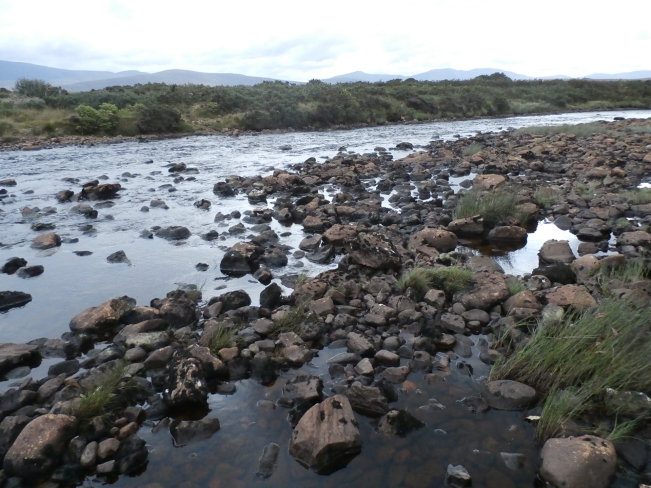 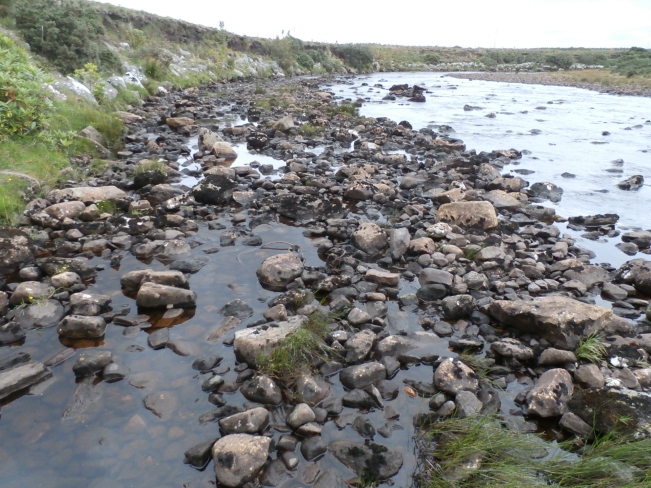 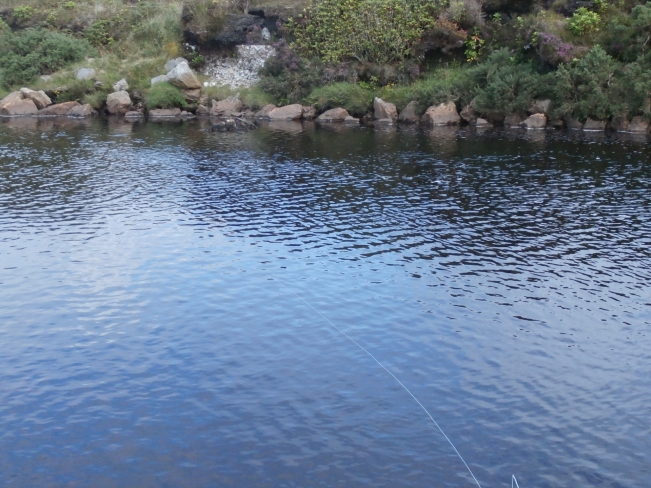 I fished the deeper pools but this was hard work as there was so little flow the flies were virtually lifeless. A couple of very small sea trout jumped in one pool but it was quiet apart from that. I was picked up at lunchtime and caught up with the rest of the party who all had similar tales of woe. The only salmon we saw all morning were in the photographs on the walls of the lodge. 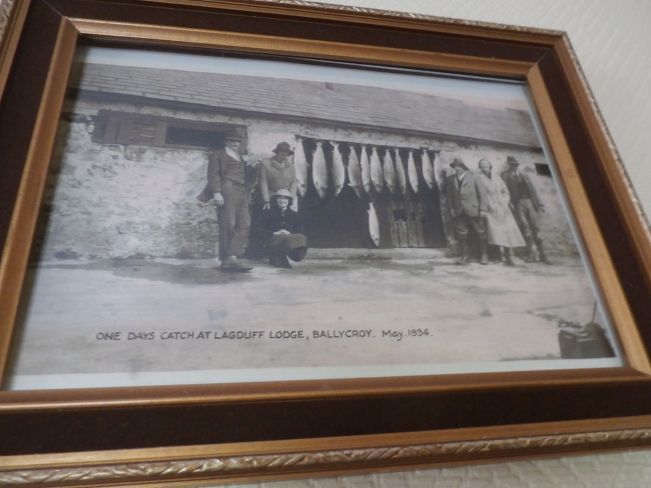 After a bite to eat I strolled up river to the Rock Pool. A slight increase in the wind ruffled the surface at the top of the pool but because it was coming from the North the main body of the pool was flat calm – not ideal conditions. 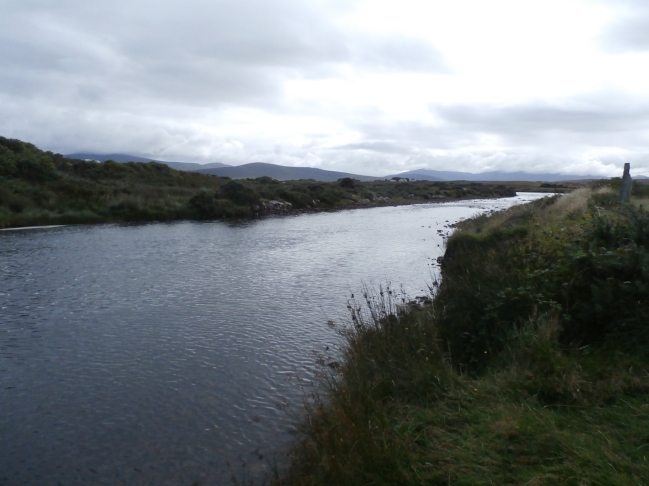 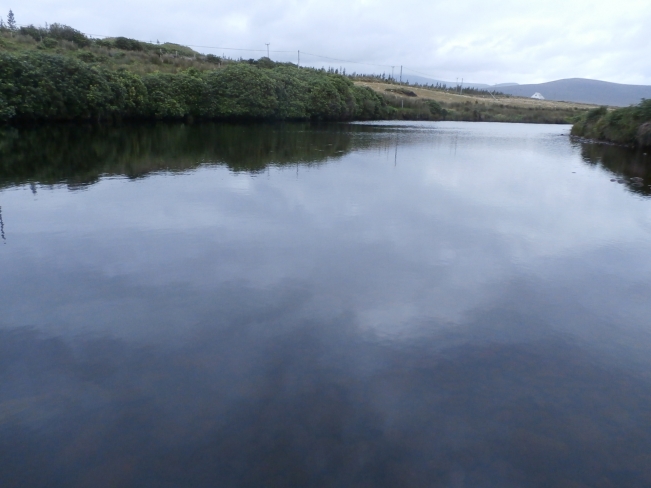 As I fished down a grilse jumped some 20 yards below me giving a degree of encouragement. I covered the lie without success but some small sea trout started to jump hard against the far bank. Julian appeared from upstream where he had fished without seeing any signs of fish. He worked his way down the pool and near the tail another grilse jumped close to him. We fished on for a while but could not stir the salmon so Julian went back to the lodge for a well earned cuppa. 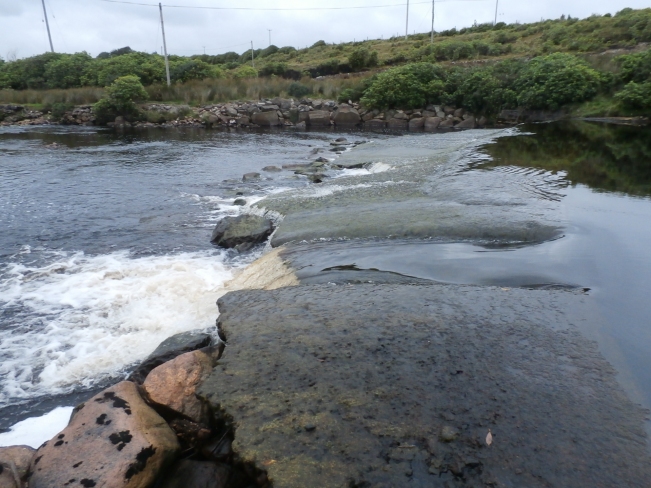 Two more grilse jumped in quick succession but these all looked like fish which had been in the river for a while and were highly unlikely  to be takers. I called it a day and made my way back to Lagduff Lodge where it was my turn to make the dinner. Maybe Friday will see a change in fortune for us. 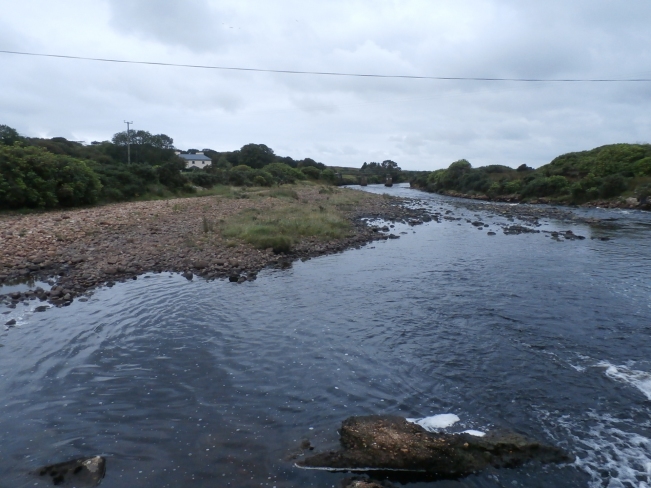