Not many is the answer!

Who or what is a Bodie Special? Sounds like it could be a Glasgow cocktail based on fortified wine, but no, this is a trout fly with a small but ardent following in Scotland. Here is how it is dressed and, as always, I have a small variation to the normal pattern which should be an improvement. 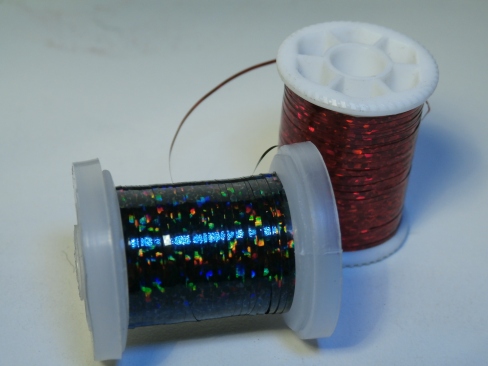 The Bodie Special is a Dunkeld with a black body. That is it, just your bog standard Dunkeld with a black floss silk body under the orange hackle. My wee alteration is to replace the black floss silk with black holographic tinsel (see above). I like this stuff, it adds some life to the fly without being too ‘flashy’. I remember how that old salmon fly the Munro Killer was improved by making the body from a strip of black bin liner instead of floss and I think the holo tinsel is the natural progression of that trend.

Here is what the finished Bodie Special looks like

The full tying is as follows:

Wing: Bronze mallard (Jungle cock cheeks are an optional extra on this fly)

So there you have it. A really good fly for browns and sea trout. Make some up and give it a try.