It is a Bank Holiday weekend here in Ireland and after some strenuous chores in and around the house yesterday I had earned sufficient brownie points to head of for some fishing today. The decision on where to go and indeed what to fish for, was left to the last minute. In the end I plumped for Killery and we drove down the winding miles with a fair degree of optimism for the day ahead. This was despite fishing over low water and the lack of any positive reports there were fish in the area. Sometimes you just have to follow your gut feeling, don’t you?

I have to say that he weather forecast did not inspire confidence with heavy rain spreading to the west according to those who should know about such matters. Low cloud draped itself over the mountains all the way from Westport to the harbour, hiding the sunshine and adding to the sense of grandure. Tourists milled around the only street in Leenaun, most of them sensibly clad in brightly coloured waterproofs. Tour buses disgorged their cargo at the usual spots where the breathtaking views of sea and mountain are snapped again and again. A land of endless selfie opportunities. The rain started just as we turned off the main Clifden road and it steadily increased in volume as we wriggled along the narrow track to the edge of the sea.

The chosen mark is only one field away from the car park so even I could manage that short distance. The tackle box, which had felt relatively light when I stowed in the car at home now felt like a ton weight as I tramped through the sodden grass and thistles. On reaching the mark we found three other anglers were already busy with bait and lures. It quickly became apparent they had no success so far though. 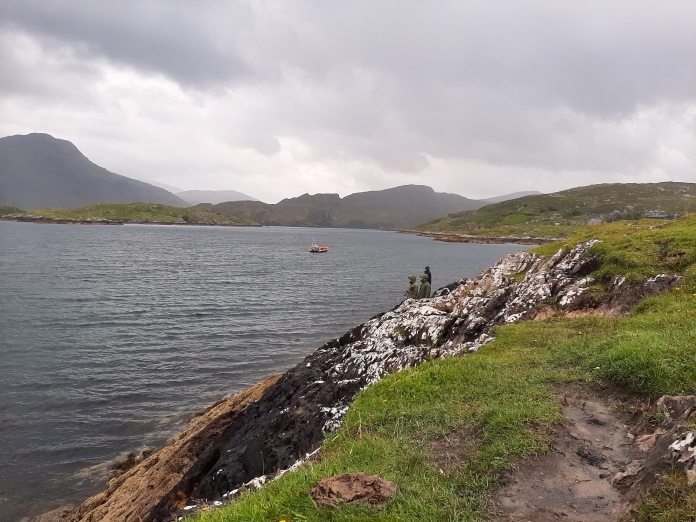 Fellow anglers on the mark

I’ve fished here many times before and knew what the likely target species would be – rays and dogfish. That means big smelly baits fished hard on the bottom and we were suitably prepared for that with some frozen sandeels. I tackled up 2 beachcasters and got to work. Baits out, I poured myself a cup of coffee and waited. The rain got heavier.

As it turned out I didn’t have to wait too long. A sharp pull on the 4 ounce rod was the first indication of interest so I let the fish have some time and did nothing bar hold the rod and tighten up the slack line. Minutes passed before the second tug and the rod gave a few nods indicating the ray had actually taken the bait. Safely ashore she was unhooked and returned to the water with little fuss. Not a bad start! By now the rain had assumed monsoon like proportions.

The tide was dropping fast, exposing more and more of the rocks below us. There was still enough of a flow to keep the fish interested and a small LSD was soon brought to hand. The bite from these wee pests is very different to the slow motion take of the ray, more of a rattle than a bite. Minding my hands and keeping the tail under control so he could not wrap himself around my hand the hook was quickly extracted and he was put back into the sea. 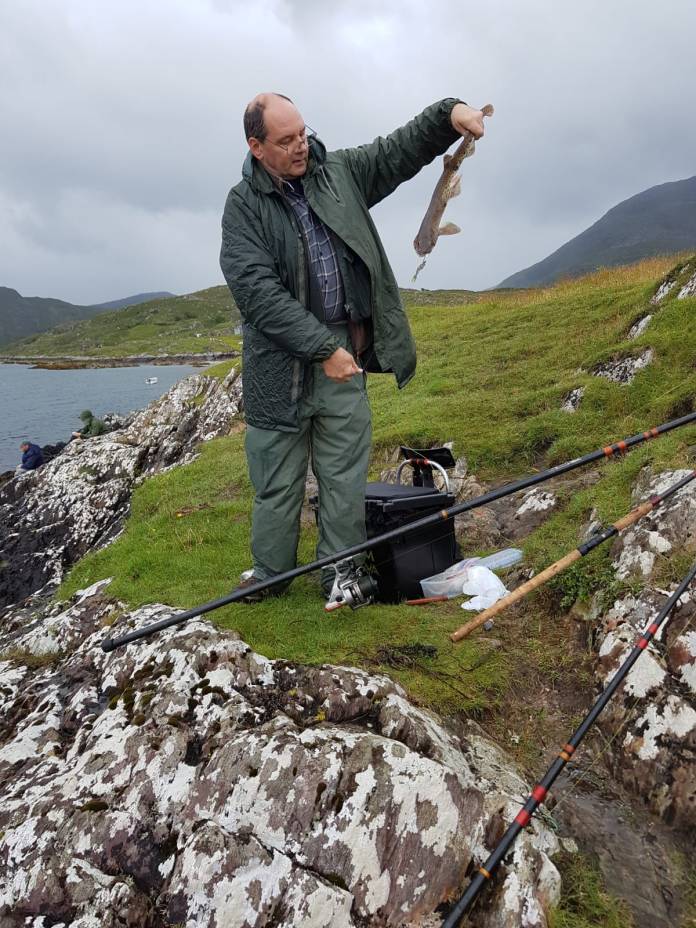 OK, so not the best photo of a dogfish but you get the idea

Unbelievably, the rain got even heavier and we hunkered down with our backs to the weather. Bites were coming pretty much to every cast but the fish were shy and only nipping at the baits. To cut a long story short I managed another couple of dogfish either side of dead low water. The rain eventually cleared and blue sky peeped through the clouds for an hour or so. Ben took advantage of the improved climatic conditions to have a sleep on the grass. Unfortunately, the drier weather brought out the midges in force and no amount of Jungle Formula kept the little pests at bay. I was being eaten alive! Just as we were getting used to the nice weather (if not the midges) the sun was chased away by the next band of precipitation. 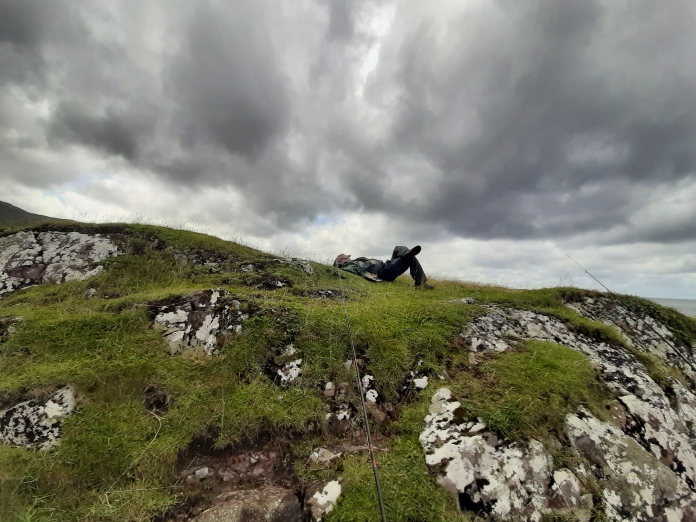 It was decision time, the weather was closing in fast and it looked like it would turn nasty. On the other hand the tide was rising and there was every chance the fish would waken up and show more interest in our offerings. In the end we cut our losses and packed up, the rain hammering down on us by the time we had gained the track leading to the car. 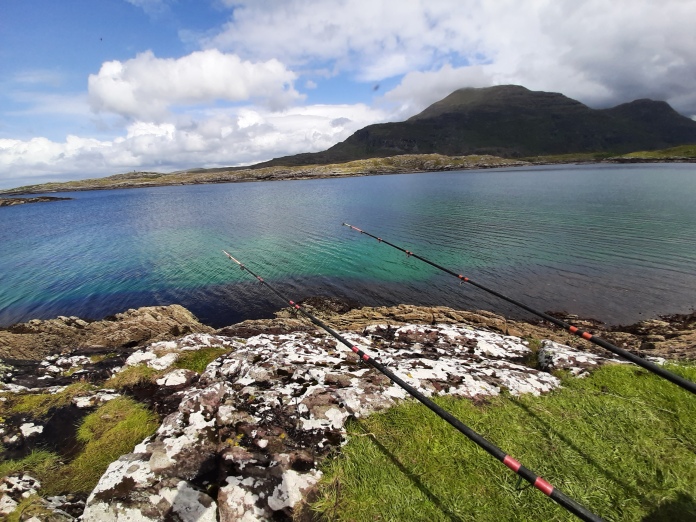 Killery looks almost tropical in the brief spell of sunshine

All in all it had been a good trip with a few fish to show for our efforts. The much maligned dogfish had helped to save the day and this year above all others they have been a welcome catch with little else available to us anglers.

The rain was never far away today

The lesson for anyone fishing on the Mayo coast at the time of the year is to keep the bait firmly on the bottom. Dogfish are present in numbers and even if nothing more exciting turns up you can bank on the good old LSD to keep you busy. The other anglers who fished the same mark had no success at all but they were float fishing and spinning with large paddletails. Both methods are fine where there are big pollock close to the shore but this is a mark for bottom living species.

All of this rain means there is a chance of a grilse on the spate rivers tomorrow. I wonder how many brownie points I still have in the bank?