A few years ago nobody had heard of the colour ‘sunburst’ but now it is widely used in pulling patterns. I tie a version of the Octopus using sunburst colours so I thought I would share it with you.

I like to tie this pattern on a size 10 heavyweight hook. That is because I want the fly to settle in the water quickly and fish well below the surface. Silk is usually red but I have used other colours and I don’t think it is really going to make a huge difference if you fancy a different shade of tying silk. Begin by starting the tying silk at the eye,remove the waste end and then catch in two golden pheasant yellow body feathers. I like to use two hackles as  single one looks a bit mean to me. 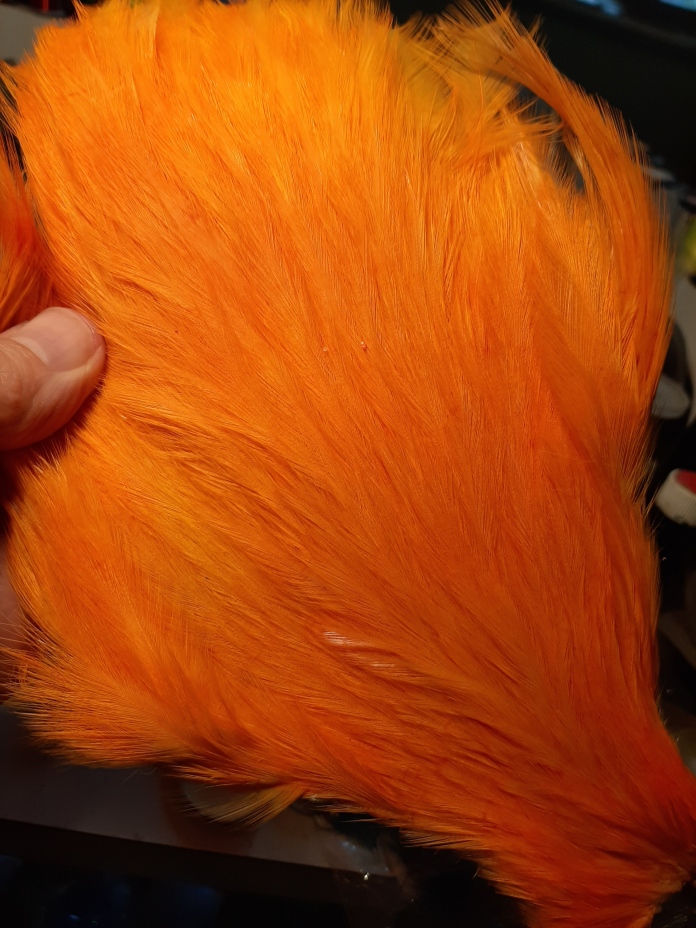 Now strip the fluff from the butt of a cock hackle dyed sunburst and tie it in before running the silk in touching turns to the bend of the hook. Here you tie in a length of no.4 fl. silk and wind a small tag. For a tail I use a golden pheasant topping. Now catch in a length of no.14 oval silver tinsel which will be used for the rib.

tying in the tag

Dub the tying silk with your preferred sunburst dubbing and wind a nice, tapered body back up to where the hackles are tied in.

Taking the cock hackle in the pliers wind about five open turns of the hackle down to the tail where it is secured with the ribbing tinsel. Wind the rib in the opposite direction through the body hackle and tie it in at the neck before removing the waste end.

Grab both pheasant hackles with the pliers and wind them together. This can be a bit tricky as these feathers are slippery customers. Stroke the fibres back as you wind the feathers then tie the ends down with the tying silk and trim the waste ends off. Form a neat head and whip finish to complete the fly then apply a drop of varnish to finish off.

If you want, you can add some knotted cock pheasant tail fibres before you wind the head hackles. These can either be natural, dyed claret or dyed red. I can’t in all honest say the addition of a few legs will make a huge improvement to the fly but they certainly look nice to our eye. 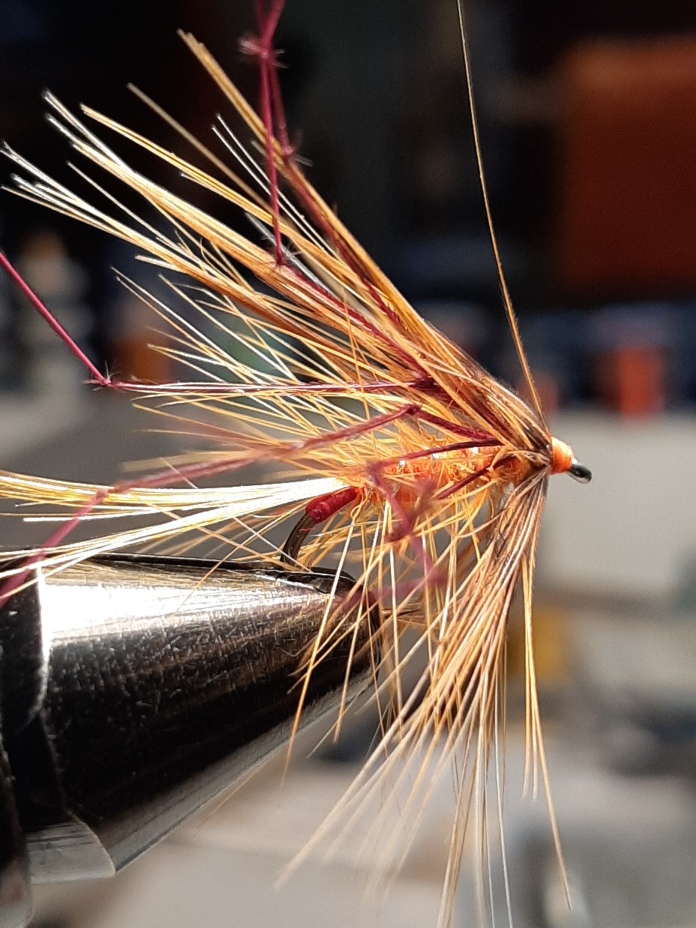 This is a fly for fishing as part of a team in the deeps, searching for daphnia feeders in the middle to late season on waters like lough Mask.