Of all the many things I dislike in this world, sitting in the waiting room at a doctor’s surgery is right up there near the top of the list. It was my misfortune to find myself in just such a hell-hole yesterday through no fault of my own. My new employer required me to have a medical check up to give them some peace of mind that I would not keel over in the workplace, so the beautiful sunny morning was spent in close confinement with a number of sick people. I entered the cramped room perfectly healthy but left after a couple of hours with my immune system battling every sort of air-borne infection. 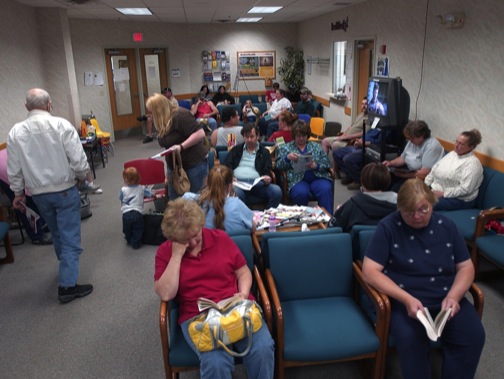 At least I had time to ponder where I could cast a line over the weekend and I settled on another trip to the River Robe this coming Sunday. Between the frequent coughs and sneezes of my fellow sufferers I day dreamed about which stretch to fish and what patterns to try. It must have been the medical surroundings, but I decided that a wee fly called the Sanctuary could be the job on the Sabbath as it often works at this time of the year. 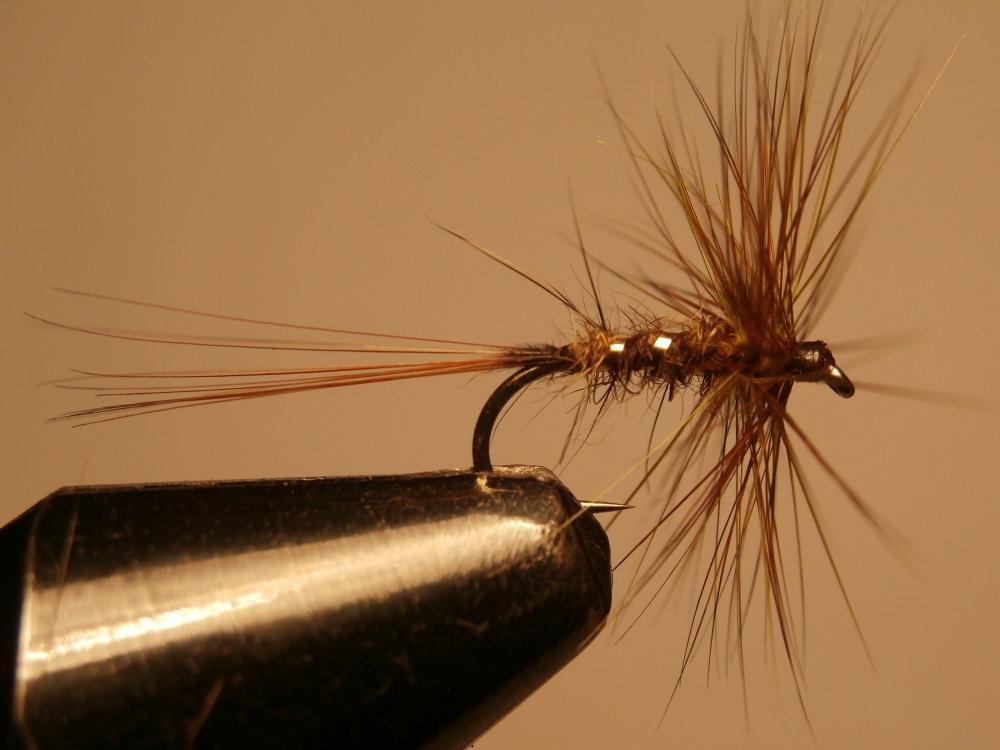 Not a fly that I see other anglers using but one which has done the business for me more than once. The Sanctuary is a simple fly to tie. It is not substantially different from a number of other patterns which you can use to imitate the large dark olive but I like catching trout on different patterns.

I think I’m right in saying this pattern was devised by a certain Dr. Sanctuary (hence the medical connection). He fished the chalk streams of east Yorkshire in the late 19th century and was an avid fly tyer.

As usual, I have mucked around with the original pattern! The good doctor saw fit to omit tails from his fly but I like tail fibres on my dry flies so some were duly added. To my eyes the Coch-y-bondhu hackle was too dark on its own so I wind an olive hackle through it. 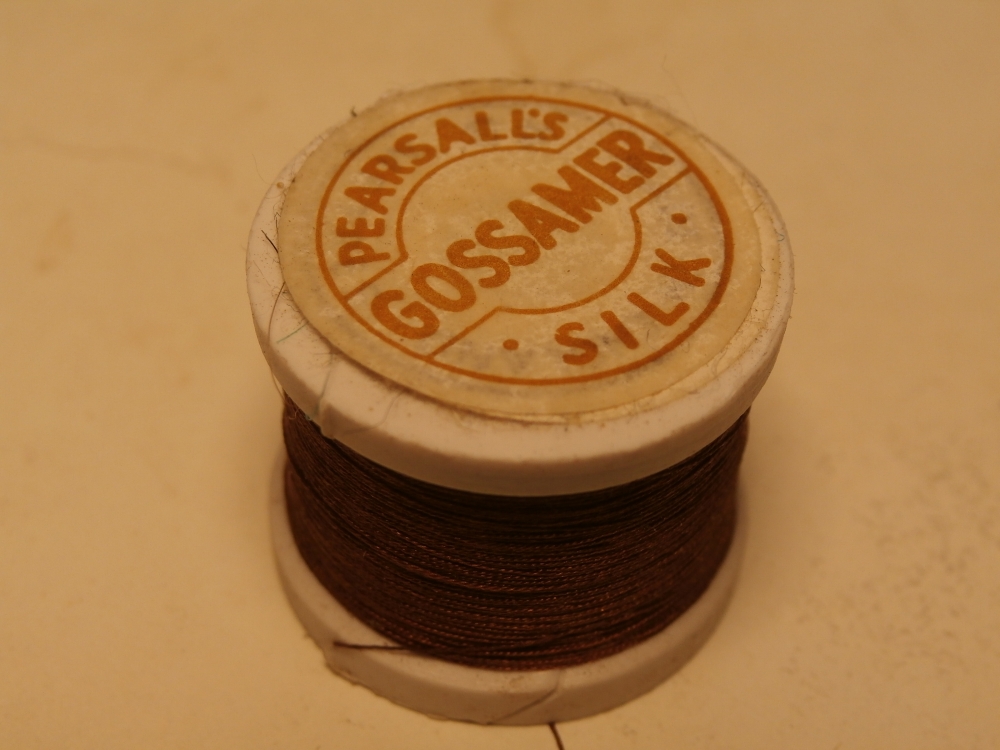 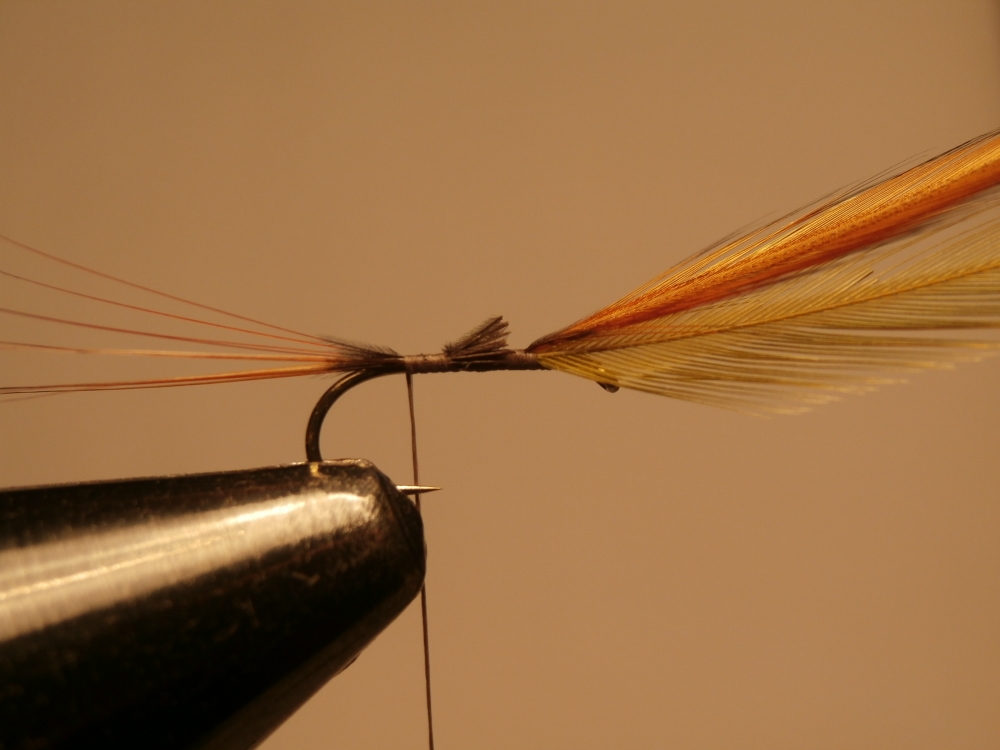 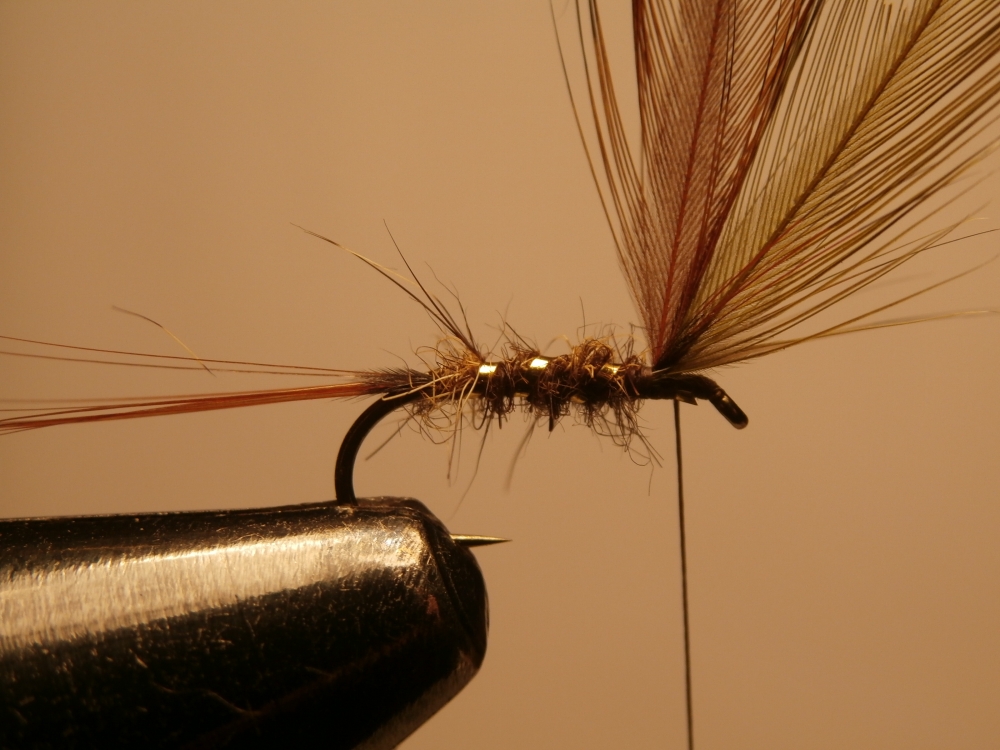 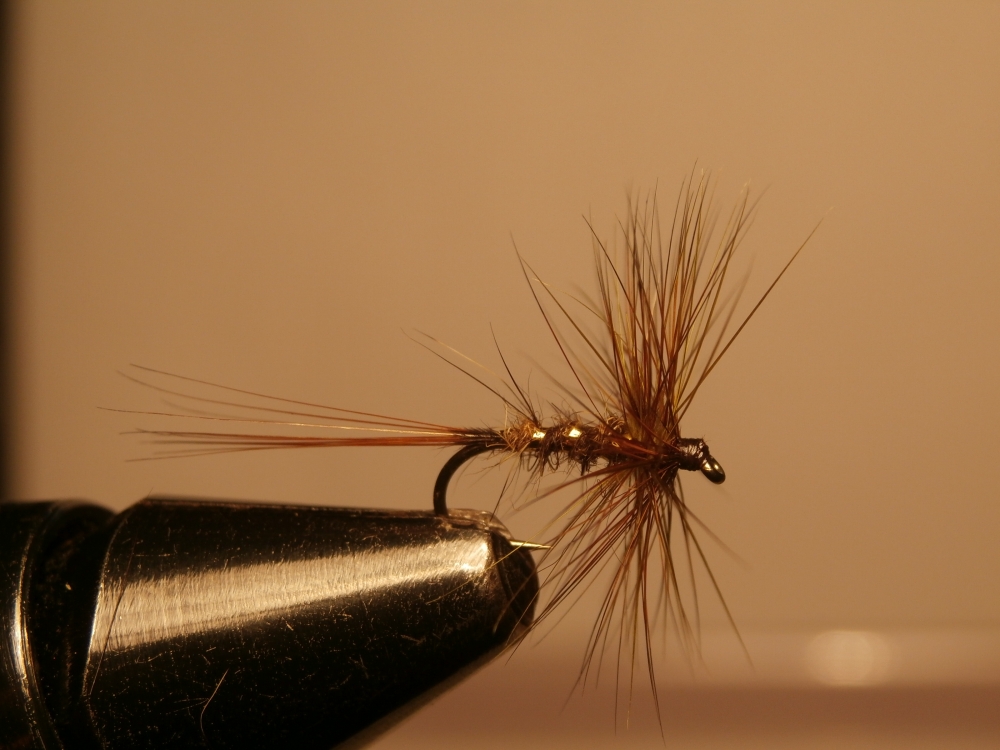 The coughing and spluttering of my near neighbours seemed to be reaching a devilish crescendo and my mind wandered of down different paths in an effort to blot out the horror of being confined amid all this disease. It took me all the way back to the eighties and that brilliant track by the Cult – She sells sanctuary.