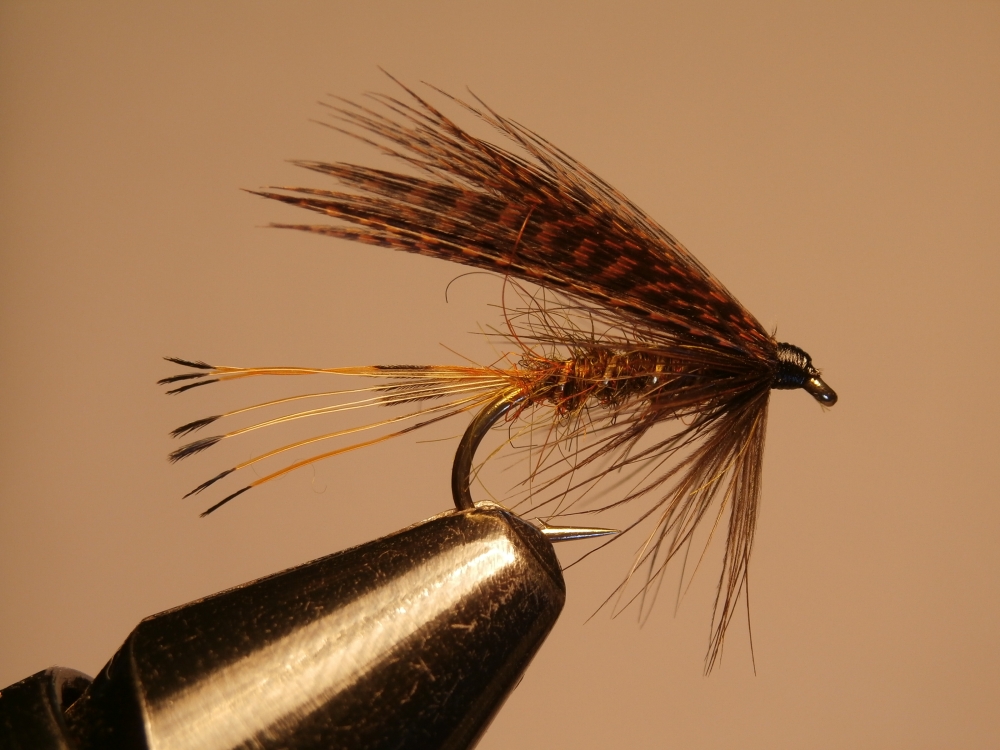 Picture the scene if you will; it’s early season on the Western lakes and the urge to fish has brought you to the shores of Lough Mask. Still too early for the gorse to bloom, everywhere in sight is coloured in sombre duns and greys. That joyous rush of prescient life, that hope and expectation of each new spring is still somewhere over the horizon. For now there is cold and rawness to battle, numb handed clumsiness on unfriendly waves to counter with layers of new-fangled, hi-tech clothing. No fish to be seen or flies hatching amid the acres of island strewn water to feed hopes of action. This is not fishing for the faint of heart but rather those of stoic resolution and sometimes just sheer bloody-mindedness.

Rod and reel assembled, line threaded with pale, unfeeling fingers and leader tied and tested, now you are faced with the big decision – what flies to tie on the end. Some fishers agonise over the choice of fly at this time of year but I am not one of them. Long ago I freed myself from the mental torture and physical handwringing when faced with the selection of flies for early season work. I stick to 4 patterns as a rule, swapping them around different positions on the leader if I want something to do but rarely, if ever, resorting to rummaging in the box for alternatives.

Today I am going to discuss that mainstay of early season trouting in Ireland, the Sooty Olive. For some inexplicable reason this pattern does not seem to have travelled well and is little used beyond Erin’s shores. Why? It is easy to tie and is effective at times when the fish can be hard to catch. It is probably taken for a number of different food items which scurry and crawl on or near the lake bottom but the general consensus is that the trout mistake it for a buzzer.

What colour is Sooty Olive? Ask a dozen different anglers that question and you will get a dozen different answers! To me it is a dark, brownish olive. Others will say it is a very dark olive while some avow it is the darkest shade of green olive. Some tyers mix some black fur in with dark olive to get the shade they require. If you want an easy way of solving this riddle then purchase some of Frankie McPhillips pre-mixed Sooty Olive fur. That narrows it down to just two shades and I prefer the darker one.

As to the pattern itself, well here again there are a number of different claimants for the crown. For me the basic wet fly consists of sooty olive fur body ribbed with fine oval gold tinsel. The tail is formed of a few strands of Golden Pheasant tippet and the hackle is either a black hen hackle or one dyed sooty olive. Wings are always bronze mallard (probably the only thing our mythical 12 anglers would agree upon).

Adding a red fur section before the hackle is tied in makes a useful variant. Swapping the gold rib out for one of copper wire is also popular. I have seen a glo-brite no. 4 tag and rib added too.  Dying the tippets red or orange is favoured by some.

I carry Sooty’s in a wide range of sizes, all the way from 8’s right down to teeny weeny 14’s. Here is how to tie this great lough fly.

Dabbler versions of the Sooty are also in legion. I’ll save those for another day!

Anyone guess what my other 3 early season patterns are?