It’s been 3 years since I last visited the Irish Fly Fair I reckon, maybe even longer. So this year Ben and I decided to head down to Salthill and have a mooch around the stalls. Not that we really needed to buy anything you understand. I am looking around for a replacement for my broken 10’6 trout rod but apart from that I have more than sufficient fly tackle. Fly tying gear is even less urgently required but that was always likely to be the temptation for me.

After a leisurely breakfast in Galway city we drove out to the hotel in Salthill where the event was taking place. Full car parks greeted us and it was a sign of things to come. Inside the Galway Bay Hotel were tightly packed throngs of fishers and fly tyers from across the Emerald Isle with many well-known faces amongst them. The heat was overpowering but we kept hard at work spending money we could ill-afford on a feathers and silks we will most likely hardly use. 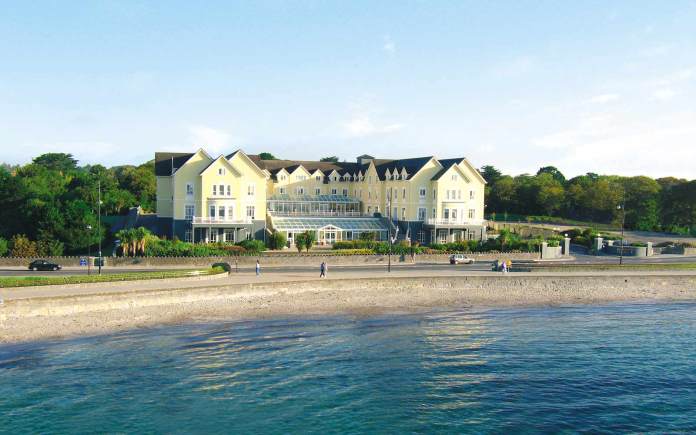 I picked up some French Partridge dyed pink which I have been looking for on and off for years. Dying feathers pink is difficult (well I always find it difficult). It’s hard to get the depth of colour in my experience so when I spotted a wee packet of nicely marked partridge in a blushing pink hue I just had to have it.

Next up was a piece of skin with some intriguing looking barred brown feathers on it which was prominently displayed on the Chevron Hackles stand. There was only one of these and I stood for ages looking at it and trying to figure out: A what the hell was it? and: B what the hell could I use the feathers for? It turns out the unusual feathers were the breast of a mellanistic hen pheasant, not the kind of thing you see every day. While the are a little on the large side I reckon I can fashion some nice spiders out of the breast feathers. So that went into the bag too!

On the Cockshill Fly Tying stand I saw a pair of feathers which looked familiar. I have one of these large dark mottled brown feathers in my collection at home and to be perfectly honest I have never known what species of bird it grew on. Close examination proved it be the exact same as my feathers and it turned out to be Florican Bustard. I will admit the price tag took me aback, £80 for a pair of feathers is a bit too rich for me!

Spools of ultra skinny tying silk in eye-popping colours, some of those lovely heavy Loop down-eyed doubles that never straighten out, a packet of big singles for salmon flys, I was in my element and busily filling up on all sorts of odds and ends. Four different colours squirrels tails – a bargain for a tenner! Boar bristles, goose biots and grizzly capes – stop the lights!!!!! Finally my wallet gave up and it was time to call it a day. All I need now is about 3 months at the vice using up some of the goodies I’ve bought. It is a good job I only go to these things every third year.