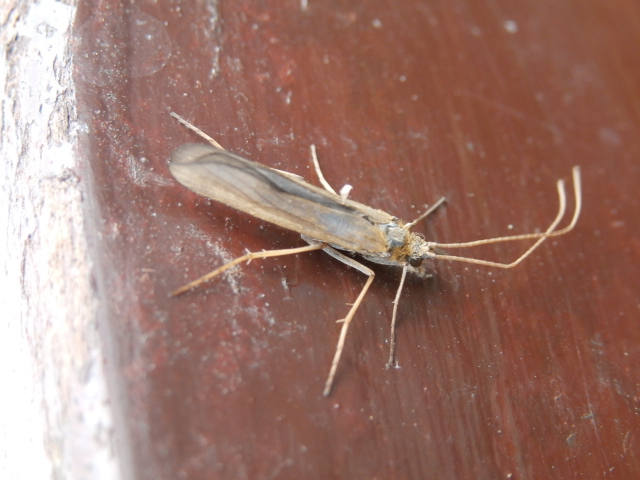 Do you want the good news or the bad news?

The good news is that there are fresh salmon running into Lough Conn. The bad news is they resisted all efforts to winkle them out today! My excuse for the day is the wind, or should I say the almost total lack of it. Overhead conditions were excellent with good cloud cover, some light showers and occasional bursts of sunshine. The water was well up in the lake and fresh water was still pouring in from every stream and river. It should have been a red-letter day but the wind stubbornly refused to blow.

Justin and his son Laurie were out with me today. They are no strangers to Mayo but this was their first time on Lough Conn so I was extra keen to find them some fish. The flat calm which greeted us meant we were forced to kick off trolling hardware over the usual well-known salmon lies along the western shoreline. Spoons fluttered enticingly through the shallows but the salmon remained absent until we approached Massbrook Point were some silver lads started to splash and jump. I only got a good look at one of these fish and it was bright and silvery, a fresh grilse straight in from the sea. I covered the area diligently but we just could not get a response from the fish. By now the day was warming up and I decided to turn around and head for the pole outside Pike Bay. If there were salmon at Massbrook there was every chance some were holed up only a mile or two further along.

Fly life had been non-existent until we started to motor back along the shore. Sedges, mainly Cinnamon but with a few Green Peters and Welshman’s Buttons began to hatch. I expected to see some surface action from the trout but only a couple of brownies broke the glassy surface in the distance. We hunkered down for the long troll back, following the edge of the deep water and trying to avoid the rampant weed beds which are now a feature of the lough. 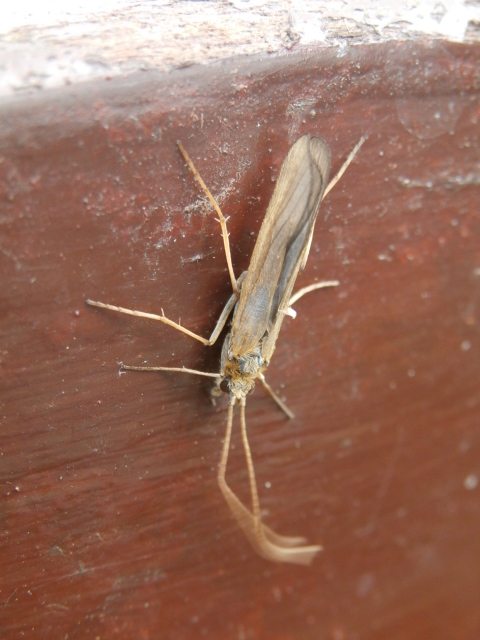 The faintest of breezes, coming out of the North, got up around 3pm and so we pulled in to set up the fly rods. After the briefest of casting lessons (break the wrist and remember to pause between the back and forward casts) we set off  again, leaders adorned with small salmon flies. Some grilse showed close to the shore and I was sure our time was coming but the very next drift saw the meagre wind dissipate completely. Virtually becalmed now, we flogged on, the only tugs on the line coming from the underwater vegetation. In the end we gave up and trolled back to the berth, fishless.

Today was an example of how conditions beat us fishers. A steady wind could have transformed the day but instead we were always chasing the ripple. I felt bad for Justin and Laurie, they fished hard and really deserved a fish or two. Could we have tried something different? I had considered switching to the dry fly at one point in the afternoon. I’ve had success on difficult days in the past by switching to small dries fish delicately in the shallows but this is pretty technical fishing requiring good stalking skills and pinpoint casting accuracy. I just felt that today we had a better chance on smallish spoons and Rapalas, covering a lot of ground rather than hammering one spot.

In the end we had to admit defeat and retired for the day after 5pm. At least we had seen some salmon moving and that always engenders hope. The reasonable hatch of sedges was also an encouraging sign, especially since hatches have been so poor so far this season. I hope the lads come back again next year and we get better conditions. As for me, I want to head down to the salt water next trip……………………..