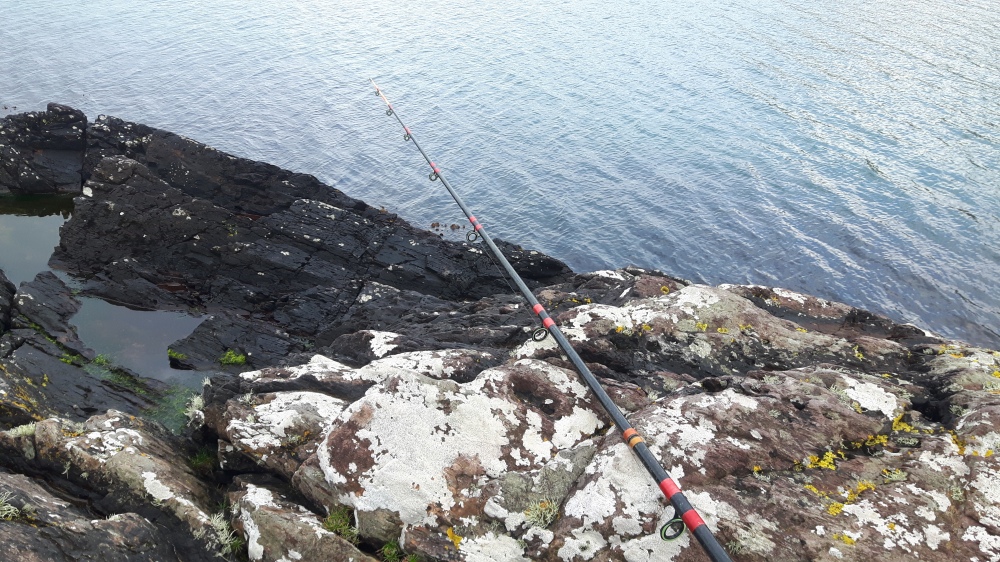 Bank holiday weekend and the calm weather has continued here in the West, so I decided to try a new mark for me, Little Killary. With Google Earth consulted and the mountain of gear packed in the car the night before, all that remained was to sort out some food to take with me and I was off on the road South just after first light. I knew I was going to be too early but I wanted to get  look at the mark at low water. I need not have bothered as it is very straight forward, deep water to close in and a sandy bottom once you are past the kelp on the edge – period.

The Irish countryside is looking its best right now after the long settled spell. Roadside ferns turned lustrous copper, birches still clothed in golden olive leaves and mountain ashes heavy with vermilion berries. I crossed the Errif near Carrowkennedy, it’s so low I could have walked across it dry shod in places. On then through Leenaun and along the side of Killary before branching off on to the road past Culfin. Such a shame to see this fishery with those damnable cages plonked right in the middle of the lough. The roads narrowed appreciably as I got nearer to the diving centre and destination, the carpark at Glassillaune. Once I pulled up it was only a few minutes work to sort out layers of clothes and swing the heavy tackle box onto my back. Then a scramble along the shore to the mark itself, an open and exposed rock ledge but easy to fish on a windless day like today. The views across Little Killary were stunning.

As expected, it was approaching dead low as I tackled up so expectations were not high. A pendulum rig with Mackerel bait was tossed 70 yards out and left to its own devices while I got my bearings. Checking out the rocks to my left I found a couple of other platforms but none were as comfortable as the one I was already on so I made my self at home and had a coffee while tinkering with some rigs in the box. About an hour after I had started things began to get interesting. A good solid take and run failed to turn into a fish but the bait had gone when I reeled in. Re-baiting I cast into the same area, roughly 100 yards out and there was an immediate response from a fish. A rattle on the rod was followed by slack line and picking up I momentarily contacted something before everything went slack again. This was getting frustrating! More bait and a change to a larger hook seemed to be required. 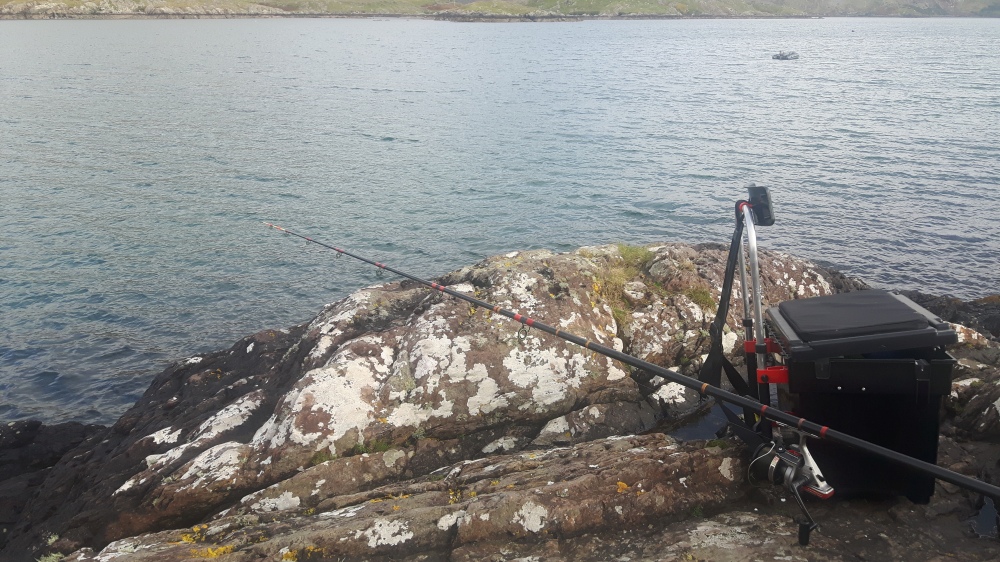 The change up to a 3/0 Aberdeen did the trick and I struck the next bite hard, putting a nice bend in the beachcaster. Not much of a fight though and it soon became clear the doggies were out to play.

The next hour or so brought more Lesser Spots, all safely returned of course. The mark simply screamed Thornbacks to me but there was no sign of any rays, just dogs. As quickly as they appeared the dogs moved on and everything went quiet again. Time for another cuppa. 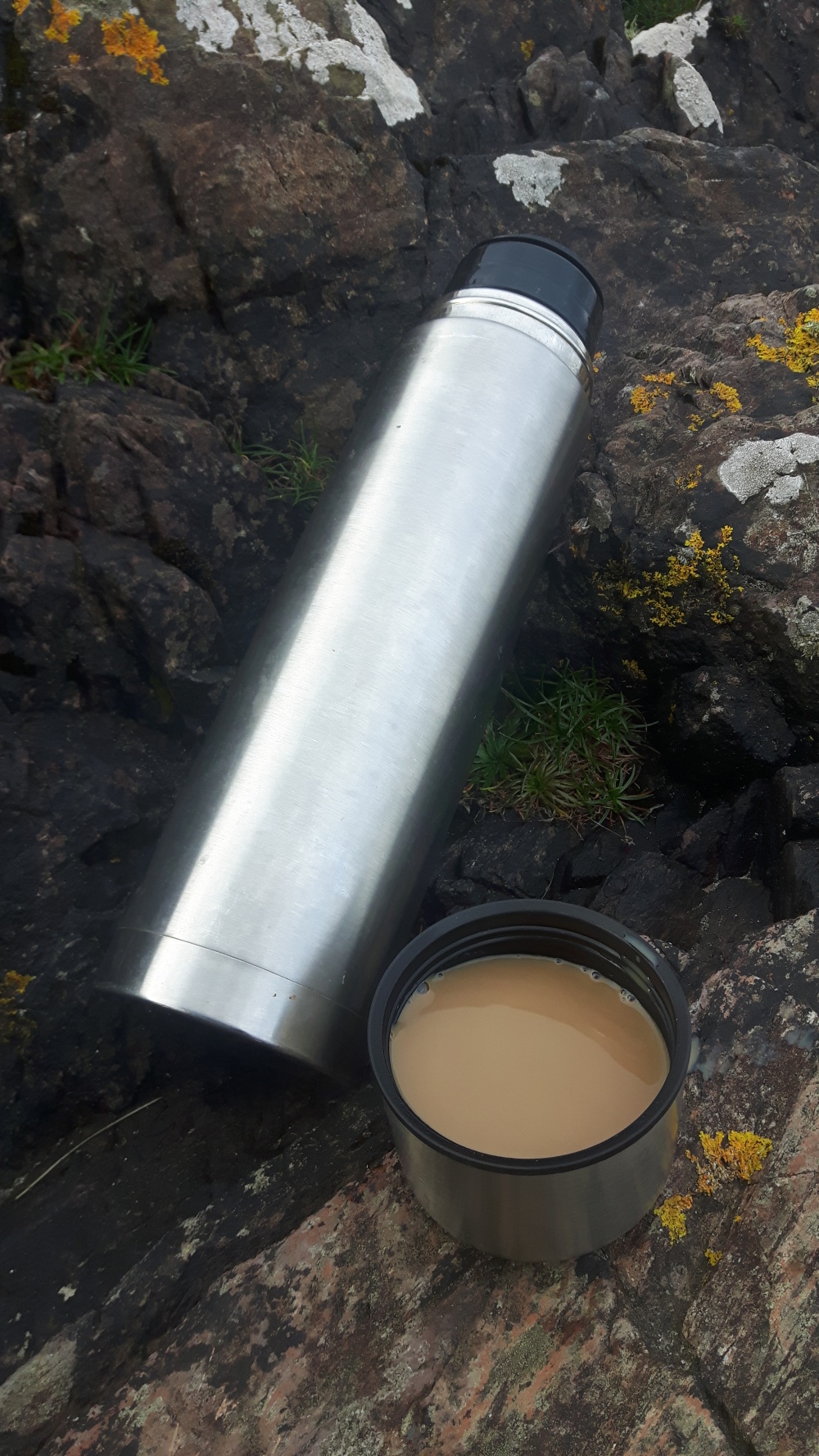 I set up the spinning rod while having my coffee and commenced operations with it only to find the 20grm lure was taking too long to get down deep. I switched to a 30 gram Dexter Wedge and that helped me to get down much more easily. By now the wind had picked up and I changed the plain lead on the beachcaster for a gripper to help me to hold the bottom. 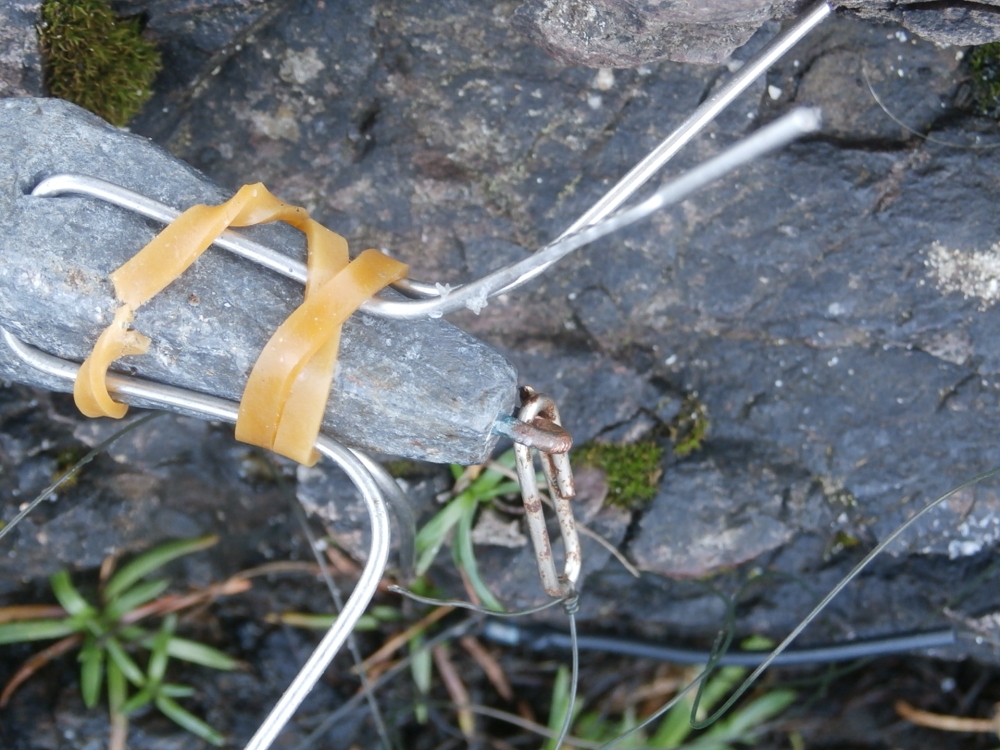 Annoying rattles indicated that the crabs had woken up and were robbing my bait almost as soon as it hit the sand. I normally counter these pesky critters by enveloping my mackerel in squid which is much tougher but I had forgotten to bring any with me in my rush to get out of the house in the morning.

Before the crab attacks

After the crabs have had a go!

Eventually a mackerel grabbed one of my feathers and was kept for the freezer. A gap of maybe an hour then ensued before three mackerel in three consecutive casts brightened up the day. One of them was the skinniest mackerel I have ever seen! 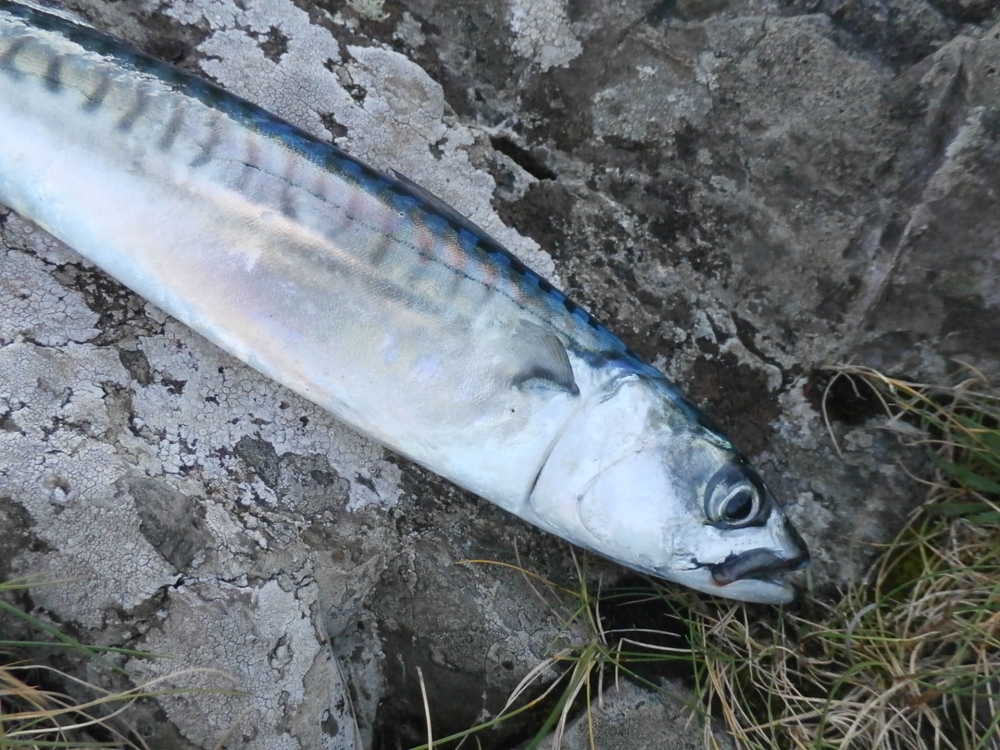 The east wind swung through 180 degrees in the space of a few minutes and a fresh westerly started to blow into the bay. The tide was making rapidly too and some bites produced another dog and a smallish pollock to the bait rod. 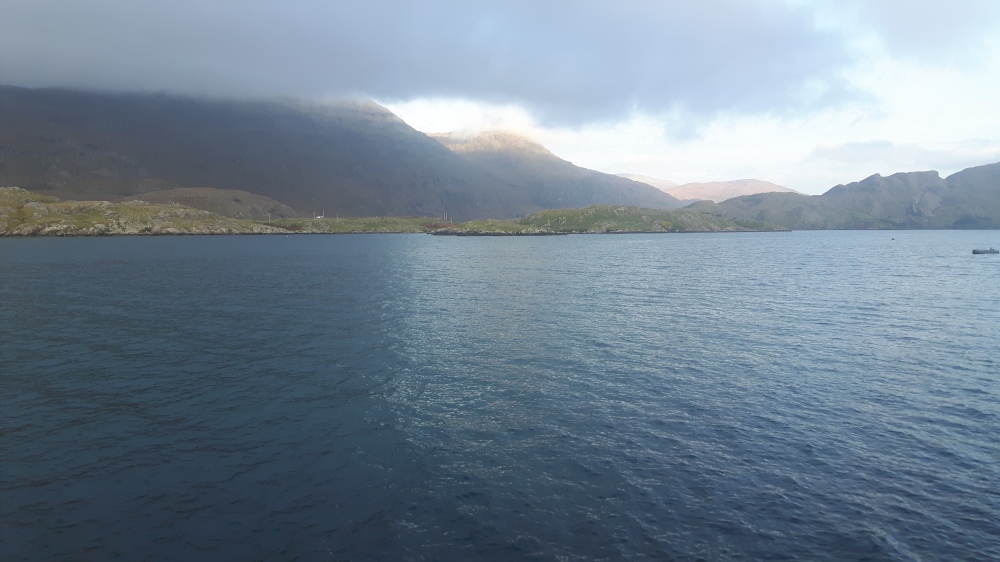 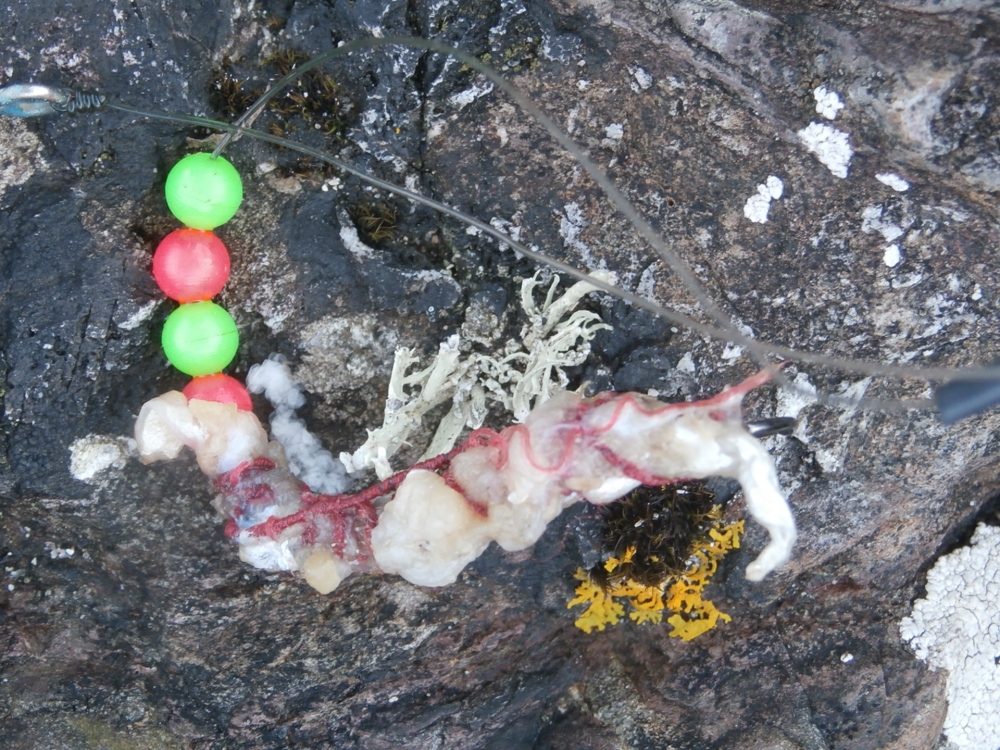 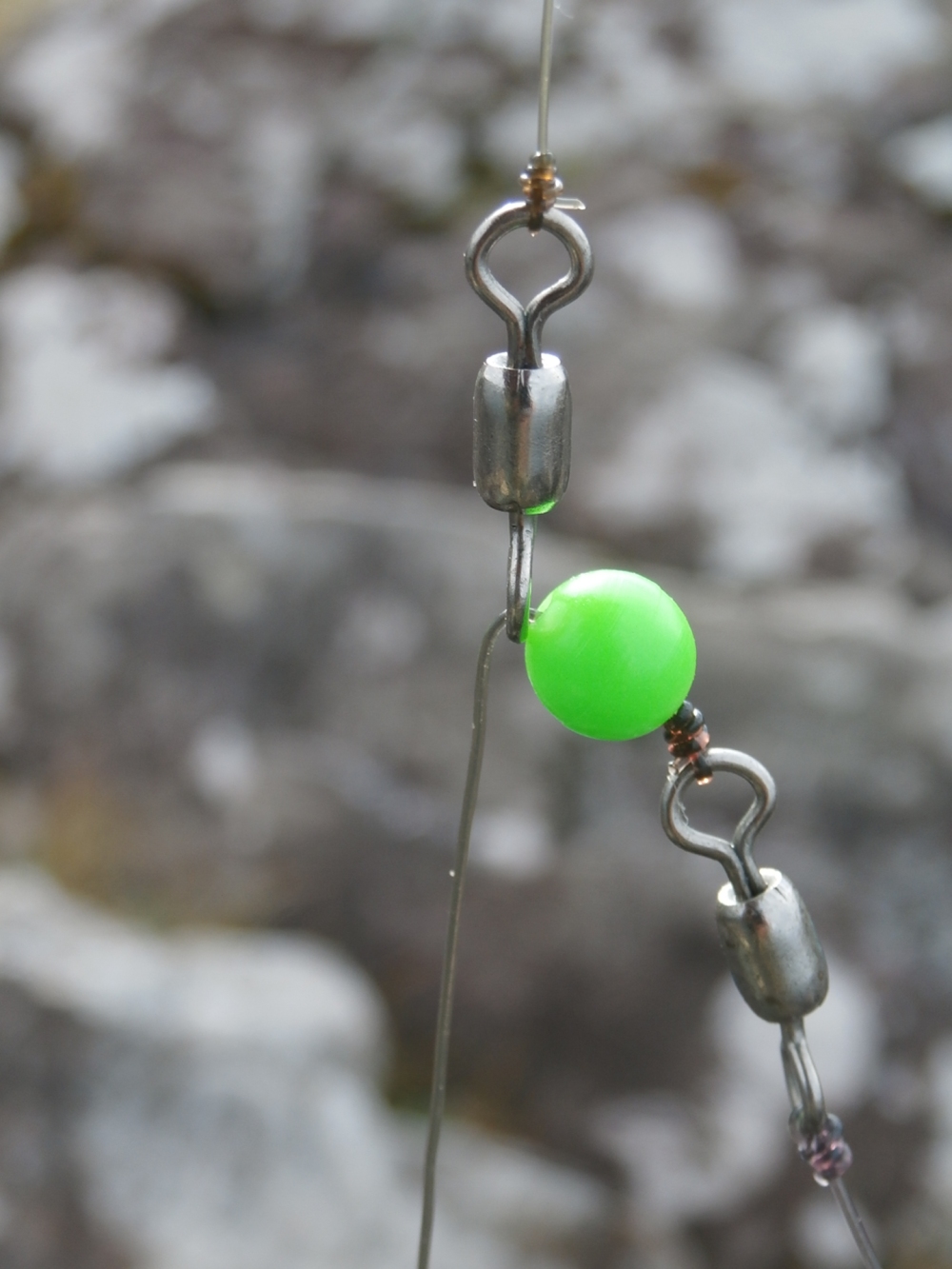 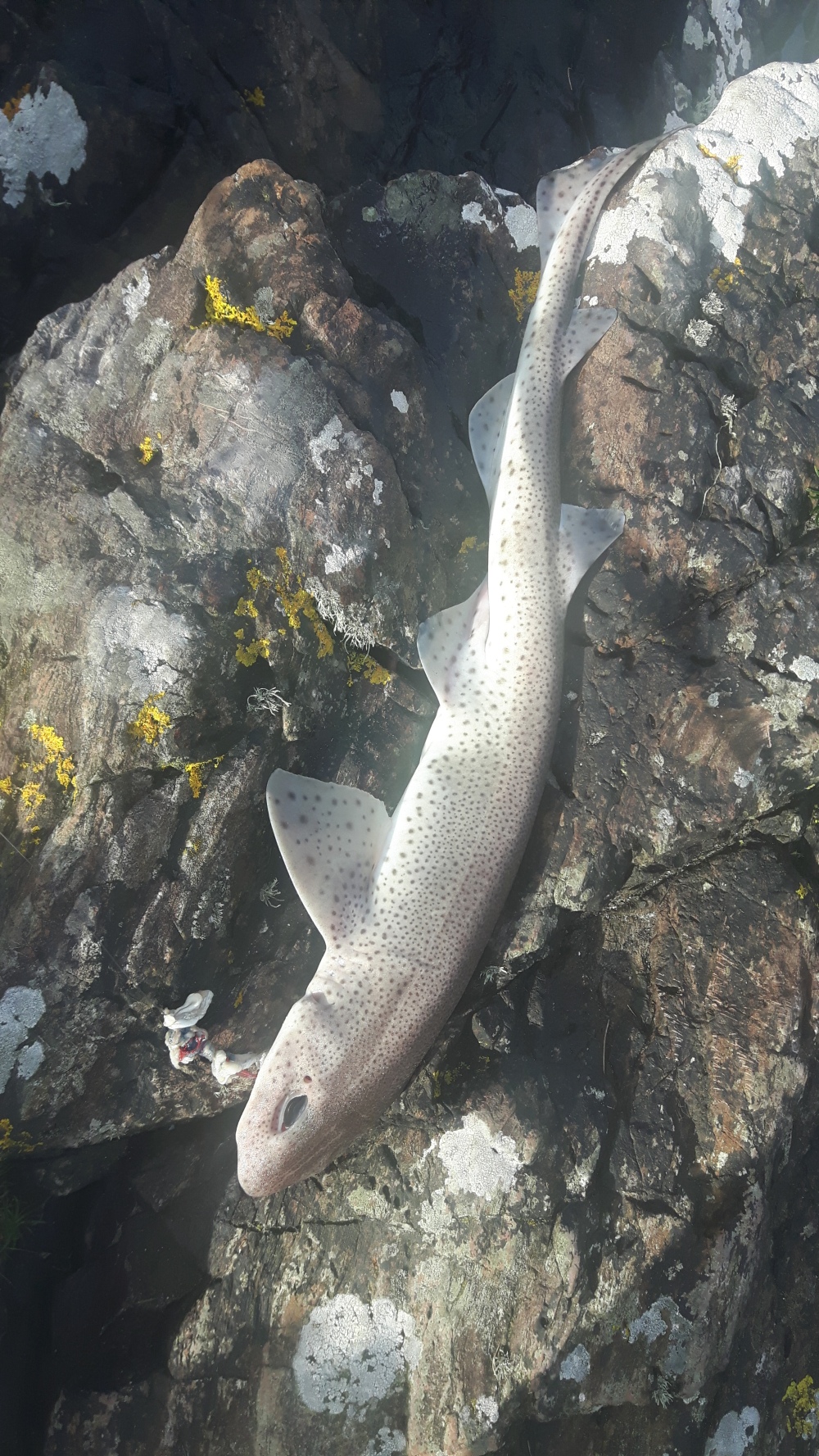 High tide was late in the afternoon so I decided to call it a day rather than wait for the ebb and the onset of darkness. It would probably have been the best part of the day but I was getting tired and had no lights with me. The way back to the car was not very hard but I had to cross a number of old ‘lazy beds’. Chances are these had been abandoned during the famine in the 1840’s.

From the car park I looked out on Glassillaun Bay, reportedly a good winter mark. It looks worth a throw on a night tide when the Whiting are in.

Tired and hungry, I swung the wheel and backed out on to the narrow road. While I had not broken any records or landed anything huge or interesting it was still a great day to be out and about on the shore. It is definitely a mark which is worth another visit this autumn and I mulled  over the possibilities as the the westering sun sank behind the reek.