I snuck off for an afternoon’s piking today. The weather was so mild it seemed a pity to spend it indoors so I gathered up some gear and borrowed a boat for a few hours. It always amazes me how much gear I require for even just a short outing. Engine, fuel tank, tackle boxes and all the rest of it adds up to a mountain of stuff to be packed into the car, unpacked at the river and then loaded into the boat only for the whole damn process to be reversed once the fishing is over. 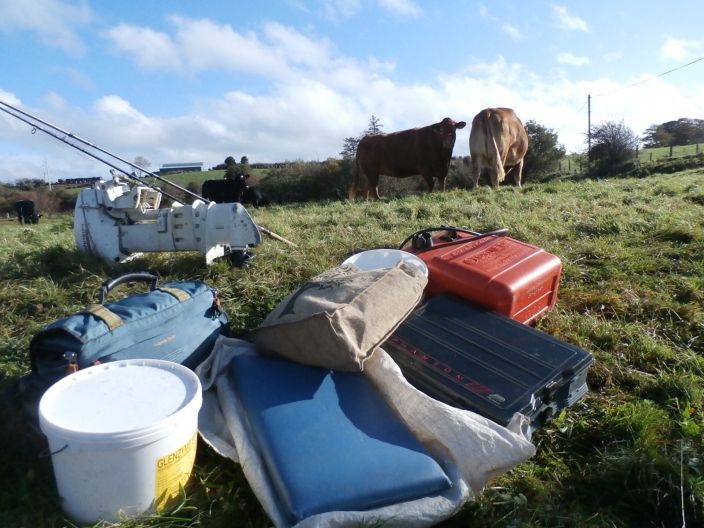 The boat was moored across a field from where I parked the car and the normally empty field had a couple of inhabitants today in the shape of fairly sturdy cattle who couldn’t resist a close inspection of my portable mountain of gear.

I tackled up and headed upstream trailing two baits 20 yards behind the boat. A jointed plug adorned one rod and a big copper spoon was on the other. It was the spoon which did most of the damage today and the plug was replaced with a green and gold Toby at some point. Three pike were boated pretty quickly before it all went quiet and I was left to motor through the deep channel in perfect peace. 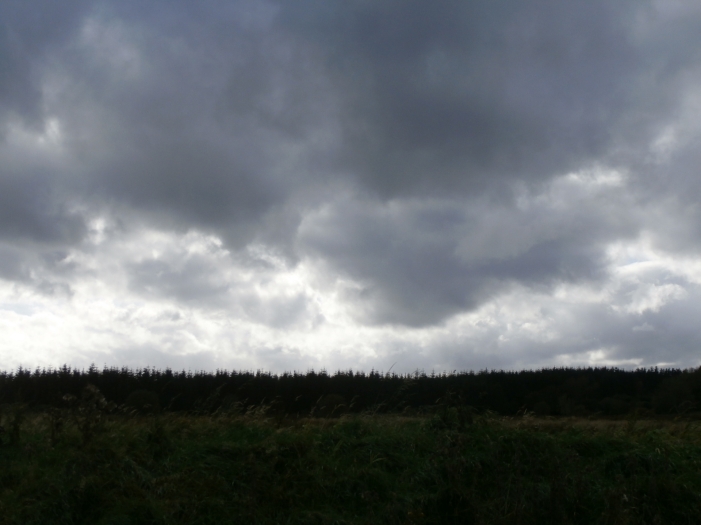 The unseasonably warm weather was tempered by an awkward wind which made handling the boat in the narrow river a bit tricky. One tiny jack took the spoon up near  the top part of the river but apart from that it was quiet, time to turn around and head back to where I had started. First I pulled into the side to stretch my legs and have a bite to eat.

Back on the water again the fish seemed to have woken up as I meandered downstream. Hits came fast and furious as Pike up to 7 pounds smash into the big copper spoon. Most of them are smaller lads of only a couple of pounds but it is great sport.

I called it a day after boating the tenth fish of the afternoon and moored up just before 4pm. Driving home I reflected on the day and in particular on the distribution of the pike. All bar one tiny Jack had been taken on the lower part of the river. was this an indication the Pike were dropping down towards the lake? 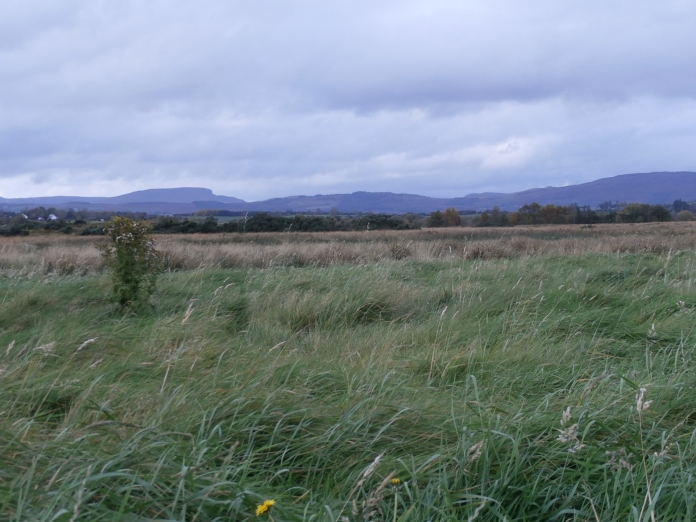 This calm spell of weather can’t last much longer so today may have been my last fishing trip for a while. If it is, at least I can say the rod was well bent!