Still as dry as a bone here in the West of Ireland but the forecast is for a belt of heavy rain to move across the country at the weekend so there is some faint hope of action before the end of the season.

Until then all there has been is the occasional sea fishing outing. Everyone is sated with Mackerel this year and when Ben and I visited Roonagh yesterday evening it was deserted (not a sinner to be seen as they say around here). We tackled up and right from the first cast we were into Mackerel. A bucket was quickly filled and unwanted fish returned safely to the sea. We filleted the fish there and then to save on the mess back at home, always a good idea.

On one cast I hooked what seemed to be a small mackerel until I got it to the surface when it turned out to be a Scad. I was pretty delighted with this lad as I have never caught one of these wee chaps before. Try as I might I could not repeat the feat. Scad are a handsome fish with a pearly body and distinctive black spot in the gill covers. Watch out when handling them, they sport impressive spines on their fins and body. 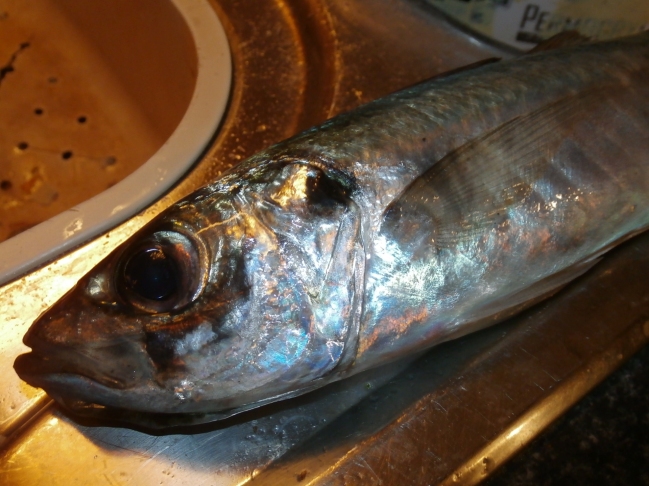 It is had to see from the photos but they also have a line of finlets on each side of the body on the lateral line in front on the tail, just like Tuna 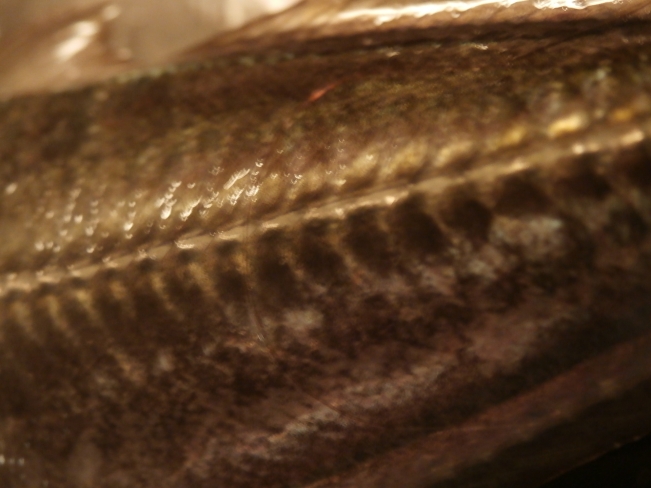 The eyes are large in relation to the size of the fish. I think my one was average for the species, around a pound or so in weight.