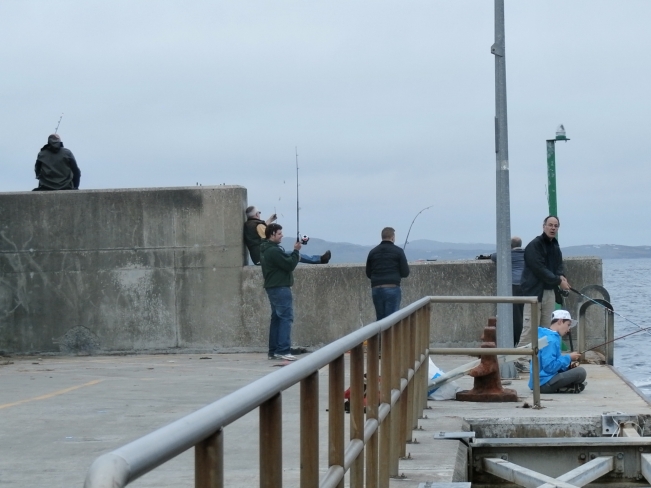 This started when I took my car to my mechanic for a service. Mick told me he had been out in a boat doing a bit of sea fishing last week and that they caught ‘heaps’ of fish. Pollack and Mackerel were the main catch and they were caught out in Clew Bay. I had heard that the sea fishing had picked up recently so I began to think about a wee trip. Then I received a text from my mate Ben – was I going to go to Roonagh pier with him tonight to give it an auld lash for Mackerel? Obviously he had heard the news on the grapevine too, so a plan was hatched to head west after work and sling some metal and feathers into the ocean.

Roonagh Pier is a busy little harbour where the ferries for the islands depart and arrive at regular intervals. During the summer months it is a hive of activity and when the Mackerel shoals turn up the pier becomes thronged with tourists, locals and fishermen hoping to catch their dinner. With high tide near dusk and fine, settled weather this evening looked to be ideal conditions. On arriving at the pier it seemed that half the population of Mayo had exactly the same idea though!

All available space on the pier was already taken and the hot spots at the end of the new jetty were crammed to danger point with fellas lobbing strings of feathers in the sea. In an effort to escape the melee we headed over on to some nearby rocks and fished there for a while but the weed was a problem every cast and only a couple of tiny pollack grabbed the lures. So back to the pier we headed…………..

Ben perched on top of the sea wall

We perched ourselves up on the very top of the sea wall and started fishing from there. No fish were being caught and it took me another 20 minutes or so of methodical casting and searching different depths before that old familiar tug on the line signalled a mackerel had fancied my lure. After that it went quiet again and I wandered back down to the inside of the harbour to try for a Pollack which can sometimes be caught in there. The slow fishing was having an effect on the less enthusiastic fishers and they began to drift away, so I gradually worked my way up to the end of the jetty. For once my timing was good as the shoal turned up just I started to fish at the prime spot. Our bucket began to fill nicely as both of us latched on to pound plus Mackerel most casts. What became obvious was that the light levels were important and the shoal only came close to shore as it got dark. 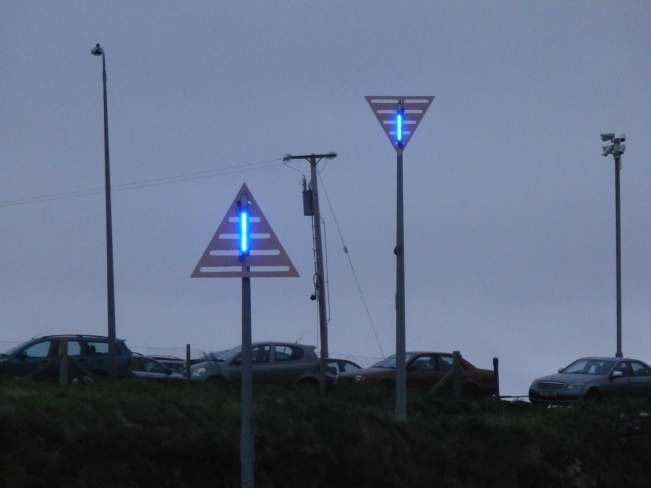 Dozens of angler now appeared as if on cue and the pier became down right dangerous as kids and inexperienced fishers lobbed leads and lures around with gay abandon. We called it a day long before the fishing had peaked and headed off to leave the crowds to their fun.

A well-earned pint of porter in Mrs. Duffy’s pub in Louisburg rounded off the day for us. I suppose we had around 16 fish between us but we could have had lots more if we had stuck it out. As always, people are tempted to kill far too many Mackerel. The fish are all too often shown little or no respect and are left to die on the pier without being cleanly killed. I am sure many, many fish end up in a rubbish bin because they are surplus to needs, such a waste at a time when the species is under increasing industrial fishing pressure. So if you are fishing for these lovely and sporting fish please just keep what you need and let the rest back into the sea. 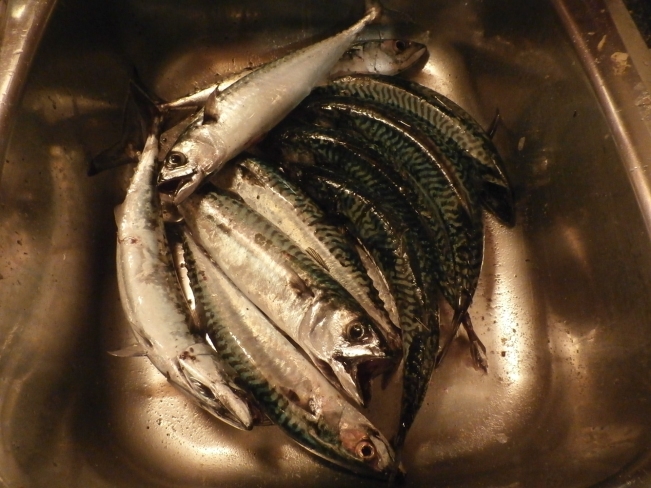