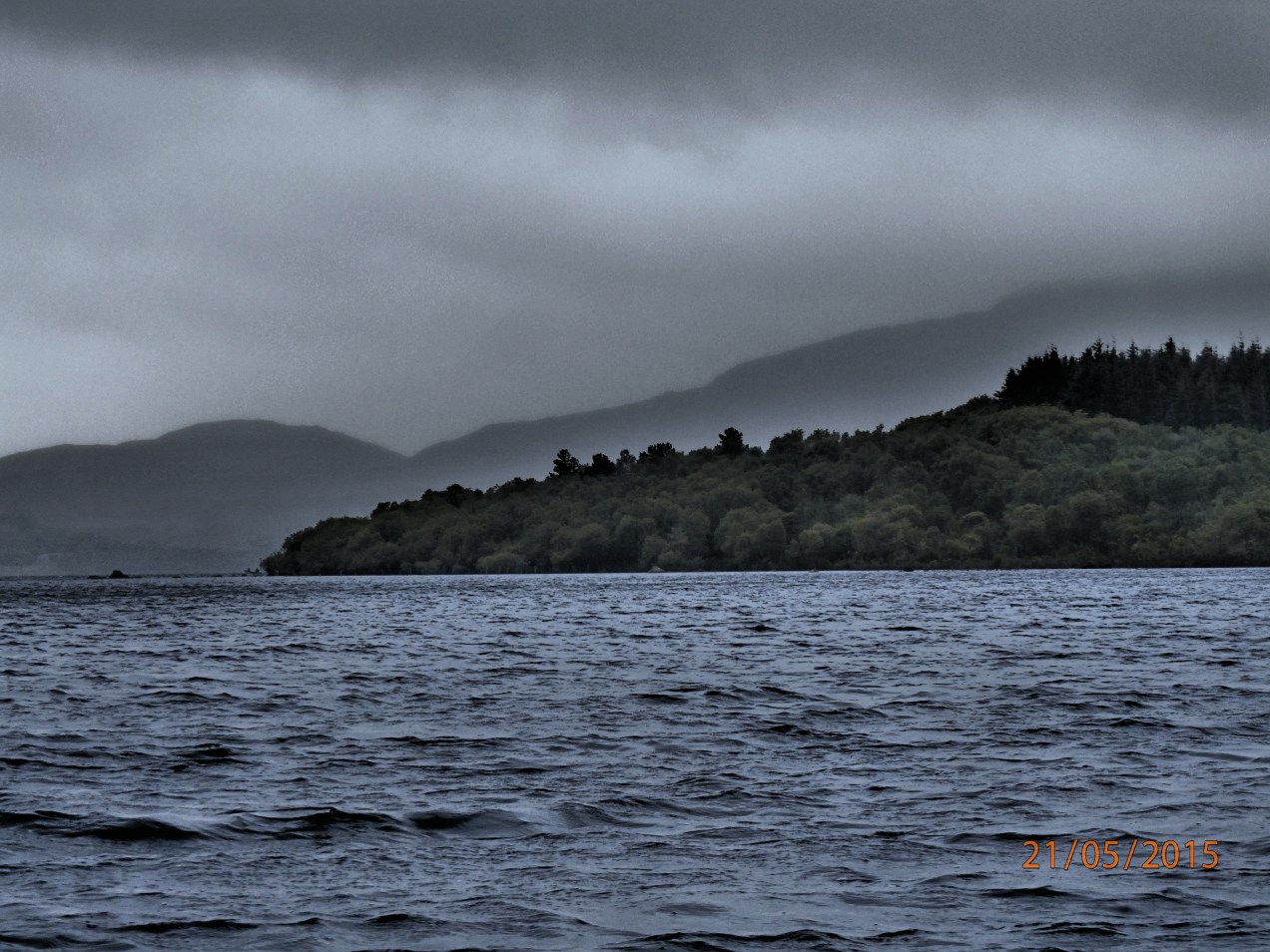 The word on the street was that there were salmon being caught in Lough Conn so I decided to head out today and give it an auld lash. My boat is on Cullin so it meant driving it across Cullin, under the bridge at Pontoon and motoring half way up lough Conn. The journey was uneventful and I was fishing an hour after leaving Healy’s Bay.

I had a couple of trolling rods set up and with the engine turning over slowly I set about following the contours of the Massbrook shoreline in the company of a few other like minded souls.  Two hours later and there had been no action at all, not even a salmon jumping in the distance. However, the mayfly had been hatching in ever increasing numbers and the trout decided to put in an appearance. The air was full of swallows, martins and swifts chasing the unfortunate greendrakes and now the brown trout started to hammer them from below. Time for me to set up a fly rod, so I pulled into the shore.

The first line of attack was a team of three wets. A good, rolling wave and a brisk westerly wind coupled with an overcast sky seemed to point towards the wet fly and sure enough I started to catch a few trout on a yellow hackled Green Peter, one of my own patterns which I especially like for Conn.

Trout were showing all over the lake now and takes were coming thick and fast. The only problem was the size of the fish, they were all between 12 and 14 ounces. This took me back a few years to when Conn produced great fishing for trout of this size. Later the average size increased dramatically but the fish were much more scarce. Maybe nature is reverting back to the old days. Anyway, I decided to change to the dry fly as the trout were obviously taking the duns as the sat on the surface drying their wings. I changed the cast and tied on a couple of dries. When I reached into my bag for floatant I came up empty-handed – no Gink! OK, I would try fishing the heavily hackles flies without waterproofing. I flicked out a short cast with untreated lies and the Yellow Wulff was snapped up immediately by a lively three-quarter-pounder. The Wulff was a bedraggled mess by the time I had freed the tout and popped it back into the lake. I needed to find some floatant urgently.

Ham sandwiches, that staple of the anglers lunchbox came to my rescue. I had a couple of rather sorry looking examples of porcine slices ‘twixt granary bread lurking in a box. The bits of pig were not my focus of attention, it was the butter which fired my imagination. Surely a dab of butter worked into the dressing of the flies would aid them to float? I had never tried it before but lacking any other suitable material it was worth a bash. I scraped some butter from a sandwich and rubbed into a Wulff. At first it looked to be a disaster but when the butter melted it soaked into the yellow fly and seemed to be OK. Feeling rather pleased with myself I set off on the next drift.

A Yellow Wulff lathered in butter!

There was a good wave now and the flies would sometimes disappear from view behind a wave. After only a few casts the Wulff disappeared OK but in the middle of an impressive swirl. I tightened into the fish and played him out but the fly came out of him mouth at the side of the boat. No matter, it was only a small lad. The question was was the fly still going to float? You bet it did! It fairly bobbed about on the surface and tempted another half-a-dozen trout before I called it a day.

As I was tidying the boat to prepare for the long run home to Healy’s Bay I noticed a large, brownish fly on one of the seats. The first Murrough of the year. 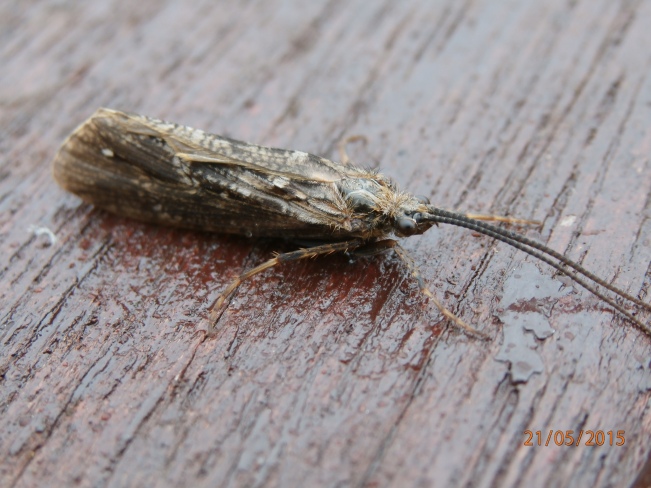 A Murrough that thought he was a mayfly

OK, so I didn’t catch a salmon and the trout I boated were of humble proportions. But still it was a great day to be out between wind and wave (just where Admiral Lord Nelson liked his grape shot to arrive). I will be dropping into Frank Baynes tackle shop for some Gink before I venture out again though! 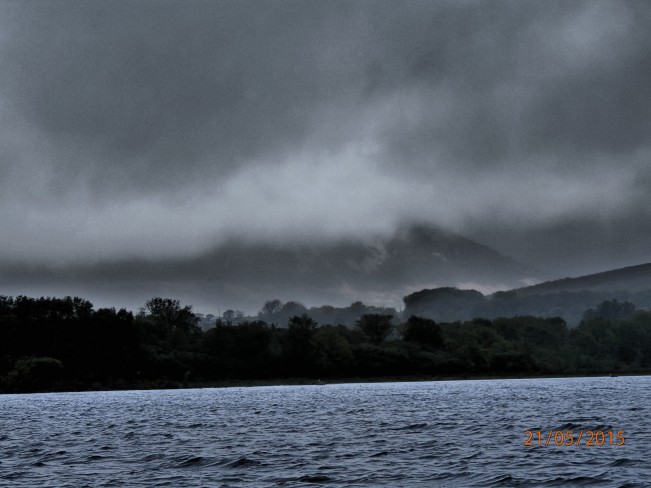