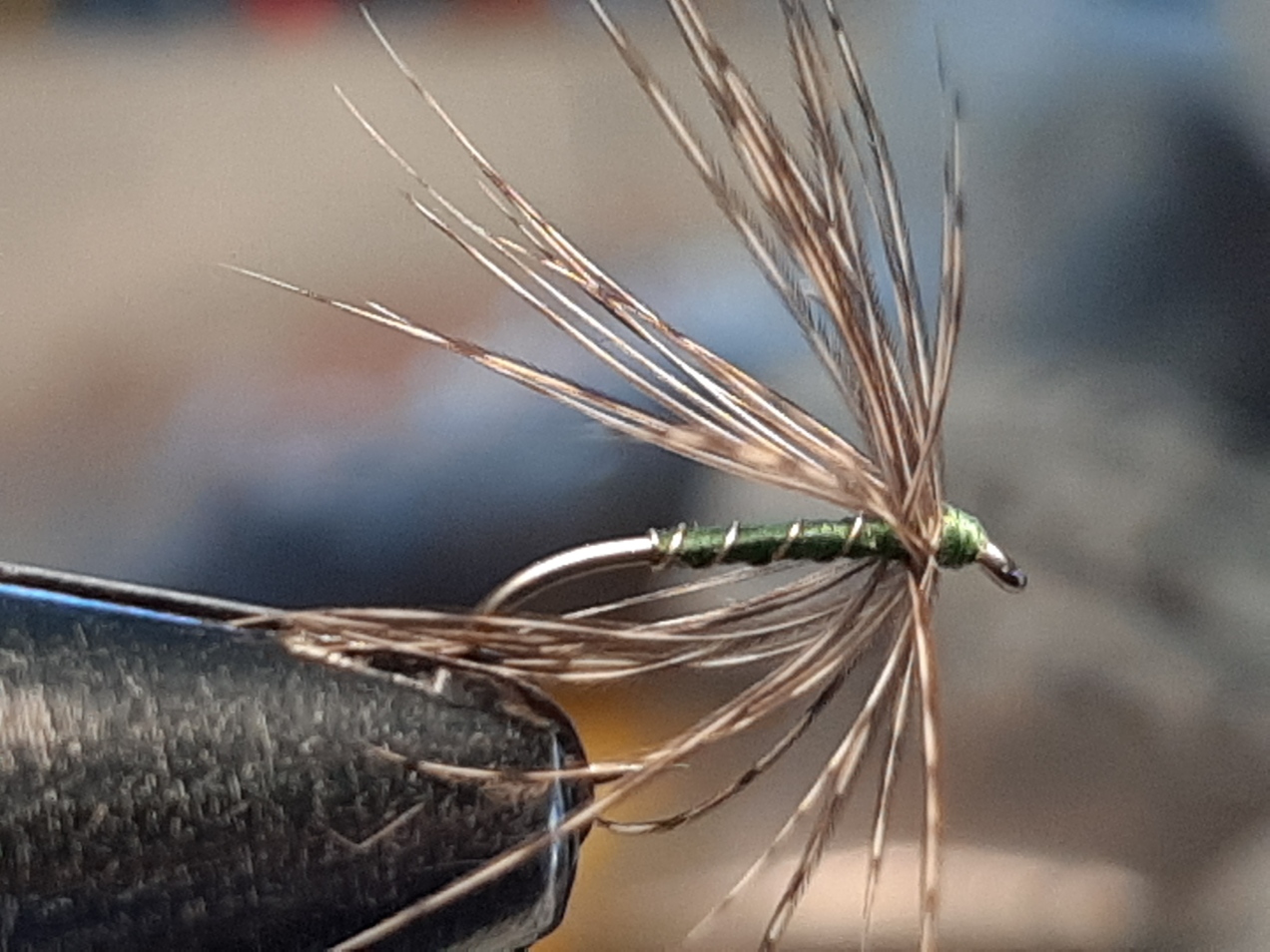 A nice simple fly for you all today but one which has caught me an inordinate amount of wild brownies over the last 50 years or so. Based on the ever popular Partridge and Orange this wee spider is a good fly on the river in springtime when large dark olives are hatching. I originally tied it for use on the Aberdeenshire Don but it has travelled well and works a treat here on the river Robe in co. Mayo. 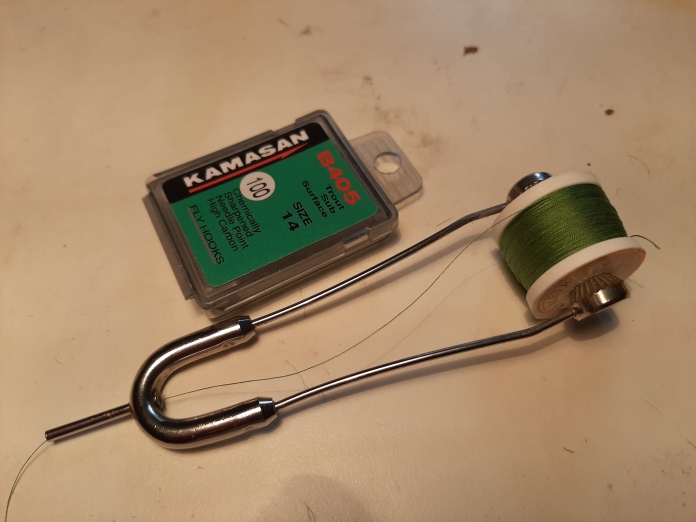 I like to use a Kamasan B405 in size 14 for the hook. Tying silk is olive Pearsall Gossamer. I don’t use anything else for the tying silk, I have tried other silks but they don’t work so stick to the lovely greeny-olive Pearsall,s. 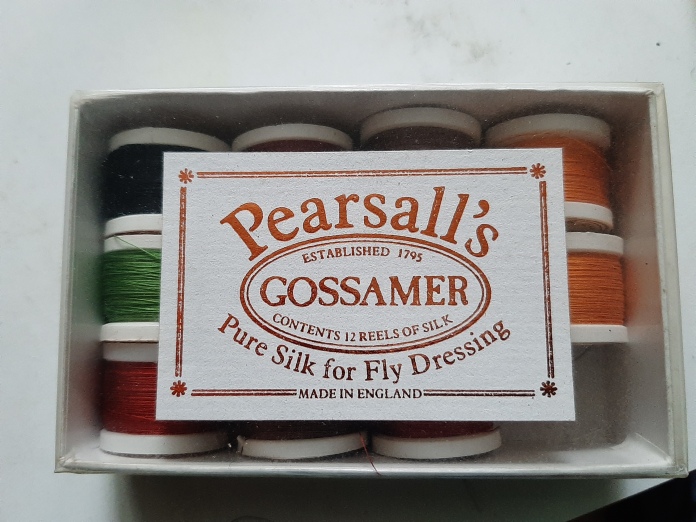 There are only three materials needed, the tying silk, some fine gold wire and a brown mottled feather from the back of an English Partridge. Pick a hackle the right size, for a number 14 hook you need a feather from high up on the back of the bird where they are smaller.

Start the tying silk at the eye of the hook and catch in a prepared hackle which has all the grey fluff stripped away. You can tie it in by the tip or the butt, it does not seem to make a lot of difference to this fly.

Run the silk down to opposite the point of the hook in tight touching turns (don’t make the body too long) and tie in a length of finest gold wire. Take the tying silk back up in touching turns again to form the slim body. Now make 4 or 5 turns of the wire to make the rib of the fly. Tie the wire and trim off the waste. 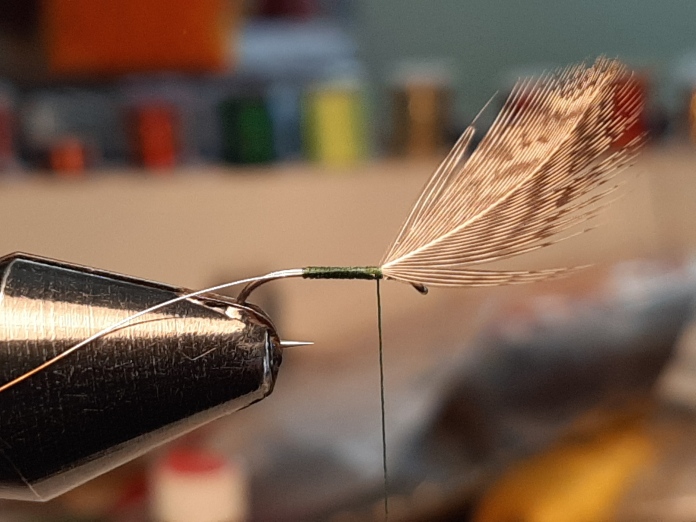 Ready to rib the fly

Now wind the hackle making only one-and-half turns before tying it down and trimming the waste. The only mistake you can make when tying this fly is making too many turns of the hackle resulting in a bushy looking fly. It must be slim and dainty. Form a neat, small head and whip finish before varnishing. 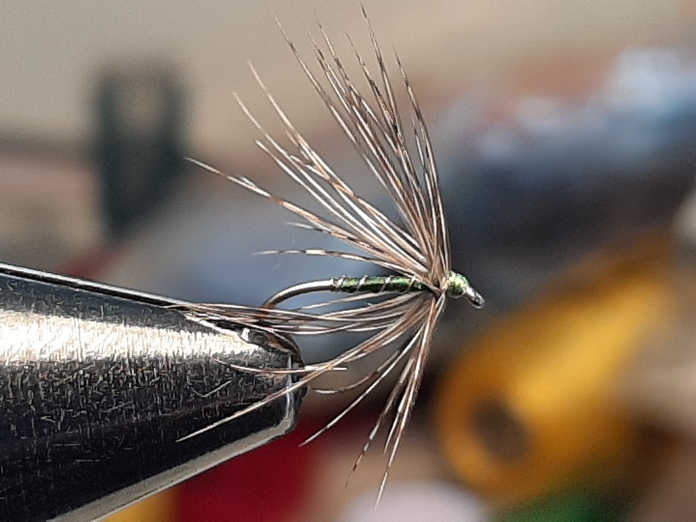 Fished down-and-across as part of a team of wets this fly is a good provider in the early months of the season. You can vary the pattern by using partridge hackles dyed olive but the original still seems to be the most effective. Enjoy and stay safe. 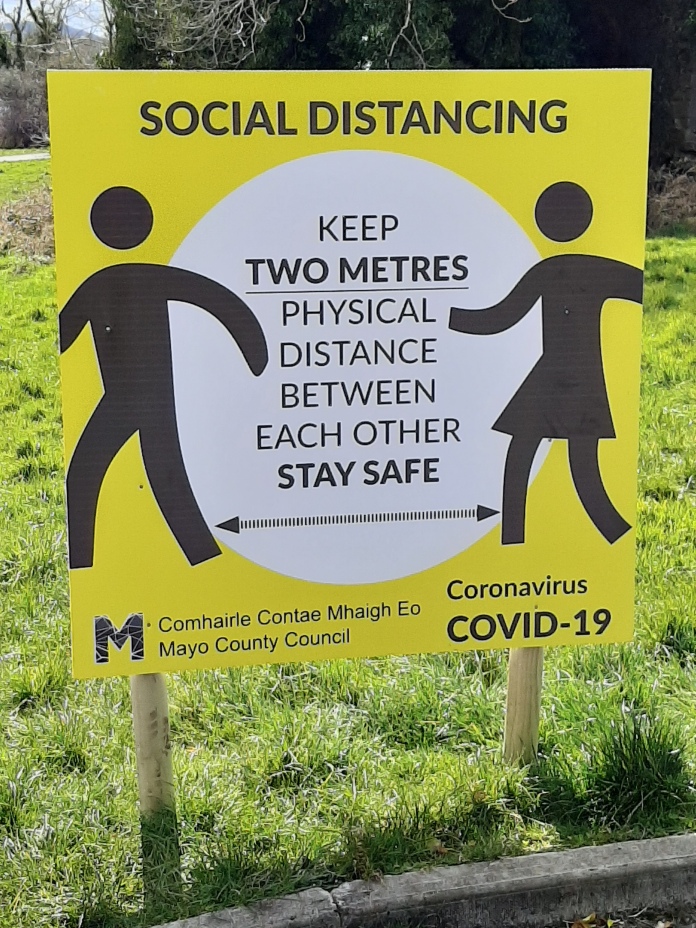