Carrowmore. Just the name sets the pulse racing of salmon fishers. Today we would try our luck on this shallow lake set in the bogs of Bangor Erris.

This is very different fishing to the ‘classic’ beats of the Scottish east coast rivers. Modern Skaggit heads and tube flies have no place here. Instead we fish from boats and use heavy trout gear. Flies are tied on size 8 or 10 trout hooks usually. On its day Carrowmore can be spectacular – was today going to be one of those days for us?

With all angling the weather plays a big part, but on Carrowmore the wind in particular can decide if you even take a boat out or not! On almost every other Irish salmon lough the higher the wind the better the fishing is. 5 foot high waves – not a bother! The bigger the better. Not so on Carrowmore lake though. The bottom of the lake is a thick soup of fine particles and any serious wave action stirs this up, turning the lake brown and pretty much unfishable. Here abouts we know this phenomenon as ‘churning’ and a churned lake is not worth the effort to fish. The last few days have seen settled weather with light wind winds meaning the water clarity was going to be good today. In addition, we had heard on the grapevine that fresh salmon were in the lake. The omens seemed to be good. 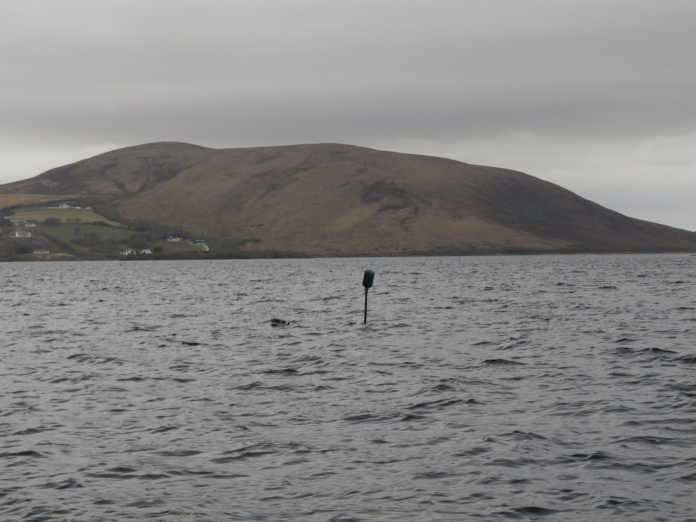 A trip to Carrowmore involves rituals for us. Firstly there is the small matter of breakfast, to be eaten at the ‘greasy spoon’ in Bangor. Huge plates of grub, washed down with copious mugs of coffee consumed amid chatter about the day ahead. Then across the road to the West End Bar where Seamus Hendry furnishes us with permits, keys for a boat and all the local news. Occasionally this is a quick visit but more usually there is the fine detail of all the latest catches to digest and that can take a while. Eventually we gather ourselves and head off to the lake to begin the days fishing. And so it was today. 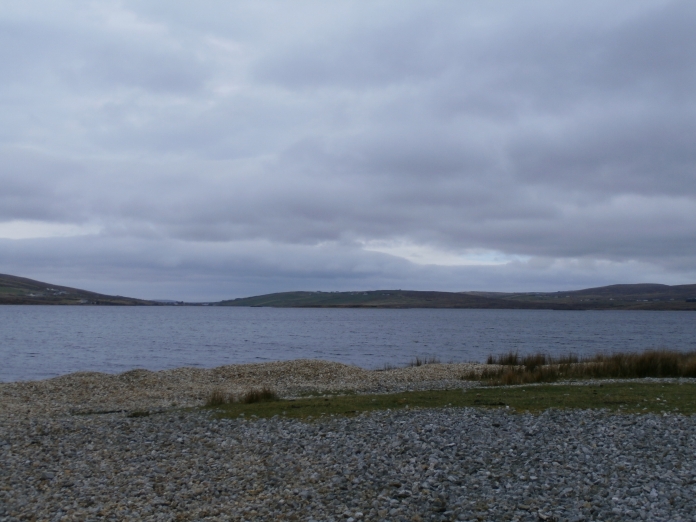 No salmon had been caught the previous day but there had been no wind at all, leaving the boats static and struggling to tempt the fish. No such worries today though as a light but steady Nor-easter ruffled the surface of the lake as it hove into view from the road. This is a good wind direction for our favourite drifts. Confidence soared. 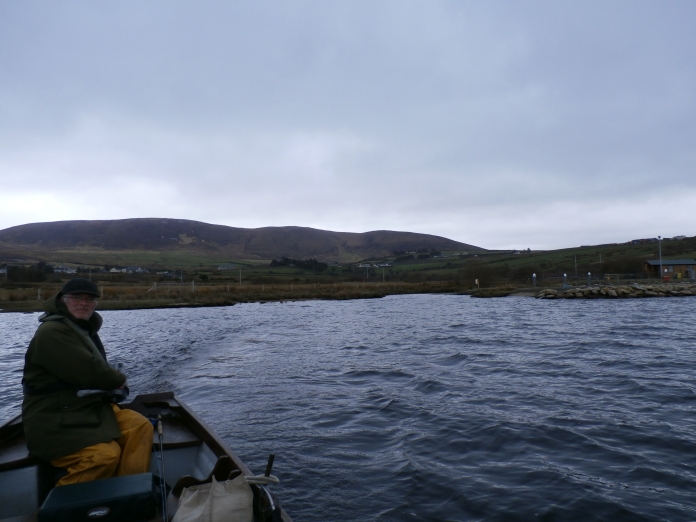 Tackled up and settled in the boat, we set off for the mouth of the river. With the light wind slowly pushing us along it took a while to cover the first drift, Ben correcting any tendency to drift too close to the shore with some deft stokes of an oar. No stir on the first drift though. We doubled back to cover the same water a second time.

Nearing a point on the shore marked with a post, Ben rose a salmon. It splashed at the fly but failed to make contact and we drifted on, discussing what might have gone wrong. Only a few minutes later it was my turn. Dibbling the bob fly through the waves I saw a dark shape loom up below the fly. Then there was flash of silver and a splash as the salmon turned away, without touching my fly! We conferred and decided to cover the same drift yet again. Then again. Not a fishy fin stirred on those last two drifts so we broke off for a short time to grab a snack on the bank.

Back out on the water again we drifted further along the shore, chatting about this and that when suddenly Ben’s rod bent and a fish splashed 10 yards from the boat. Fish on! The well versed movements of experienced boat partners sprang into action and as Ben wrestled with the fish I cleared the decks and got the net ready. Stamping on the bottom of the boat kept the fish from diving underneath and scraping the line against the rusty keel. Ben worked the fish around the back of the boat and tired it out so I had an easy task to slip the net under it. A beautiful clean springer of around 6 pounds in weight.

Carrowmore allows you to take one salmon each so this fish was dispatched quickly and we got back on to the drift pretty quickly. The details of the take, the fight, the fish itself – we were still in the throws of discussing all of these details when my line tightened. My turn had arrived. Another exciting battle with a strong fish which ended with it successfully netted after about ten minutes. This one turned the scales at a shade under eight pounds and, like Ben’s, it was as fresh as paint. 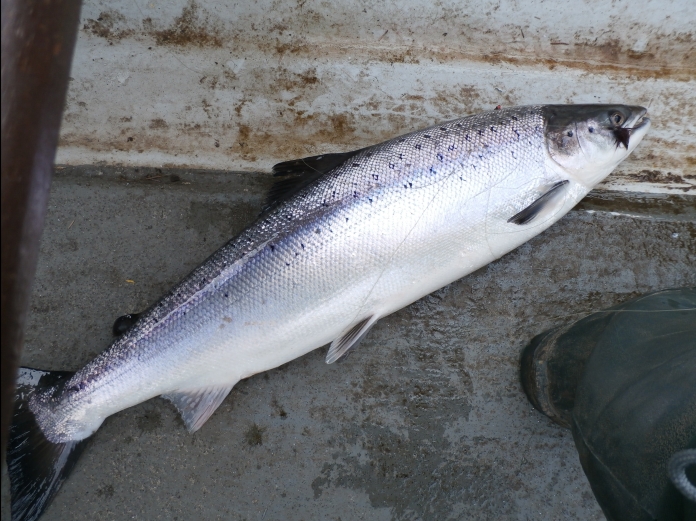 We fished on for a while but the action was over for the day. It had been a day of long periods of casting/retrieving with no signs of fish, interspersed with short bursts of activity. Typical of salmon fishing!

Any day when you have salmon in the boat is a great day. A double is twice as nice!

Oh, and the successful fly for me – the Claret bumble of course!!!! 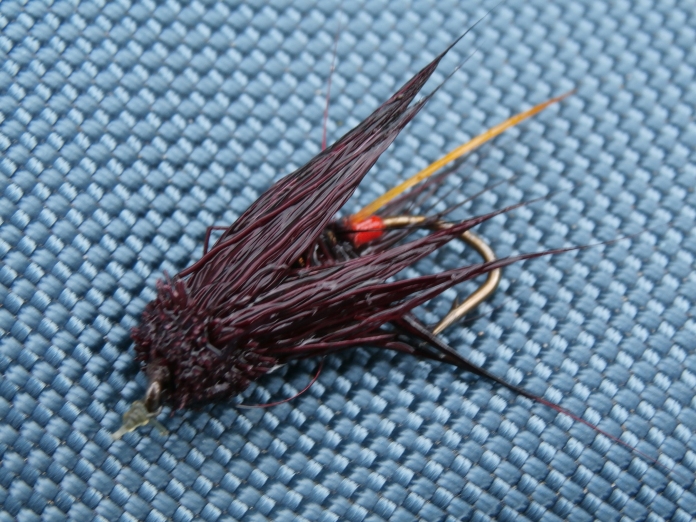 the same fly once it had dried out

One thought on “Salmon at the double”