It looked for all the world like one of those days in mid-winter when the sky fills with menacing clouds and snow falls thickly, snarling up traffic and turning the pavements into streams. That was Saturday and the cold snap continued into Sunday.

Between the snow showers three of us flipped my boat over and loaded it on to a trailer, ready for Sunday morning’s journey to Lough Cullin. An inch of ice in the boat greeted me the next day and it had to be hacked off before we hit the road. The snow had retreated to the hill tops but the bitter wind remained to test our resolve. Rods and gear had been brought along but with such coldness we remained undecided to last minute if we would venture out. Cullin looked blankly uninviting, the wind blustered and blew out of the freezing east and even the strenuous effort of launching the boat failed to generate any heat in the pair of us. The moment for decision came once the boat was safely in the water and we managed to convince ourselves there was a chance of a fish. So the outboard spluttered into life and we motored off to the favourite spot to troll for a while.

A small but steady hatch of buzzers came off the lake all the time we were afloat but not a single fish rose. I didn’t blame them. We were threading our way between the pins when my rod buckled and the reel woke me from what I considered to be the early stages of hypothermia. A ten yard dash and then………….nothing. Just a heavy weight and the odd head shake. Pike. A stone of teeth and slime came to the boat, hooked conveniently in the corner of the mouth. 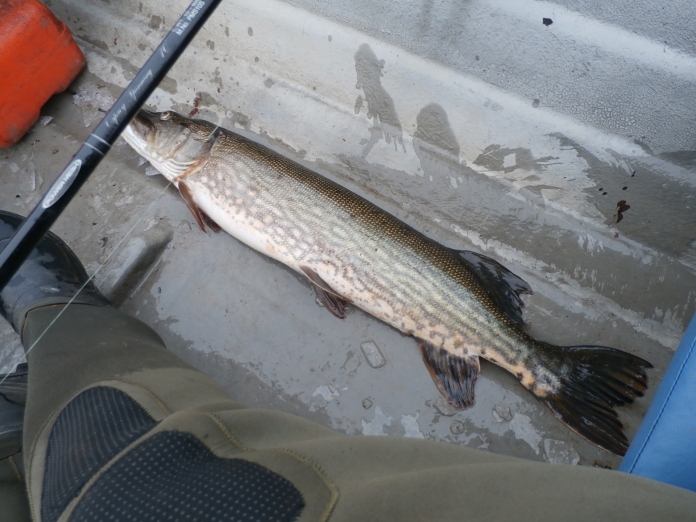 Ben boated another Essox around the 7 pound mark before we stopped for a bite to eat on the shore near Pontoon Bridge. As usual, the prawning brigade were hard at it but enquiries showed they were fishless like us. 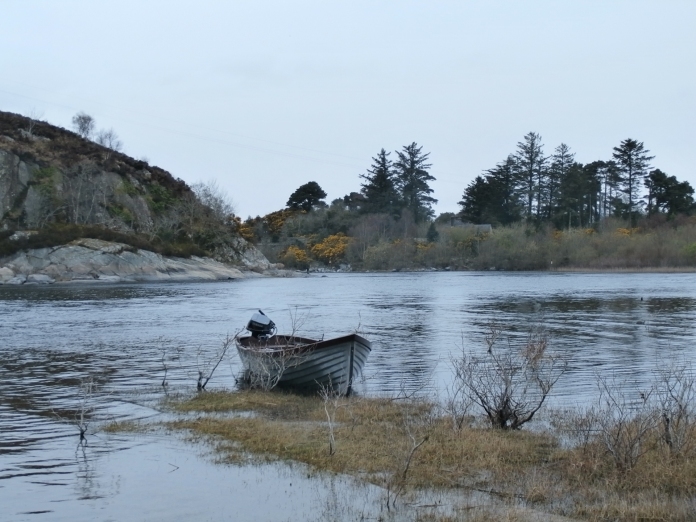 Pulled in near the bridge

We changed baits, switching to plugs instead of spoons but all to no avail. The cold and rising wind made it unpleasant to be out in so we decided to call it a day around 2pm. Hardly an exciting day’s sport but the boat is now in place for when the fishing does eventually pick up. 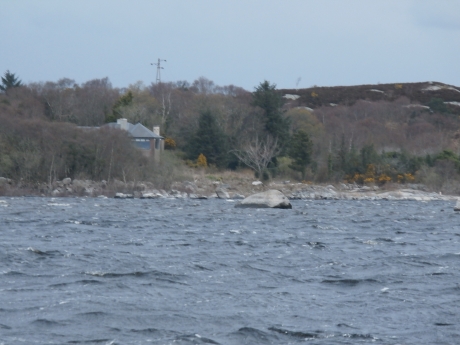 good spot for a trout in a week or two 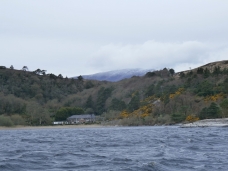 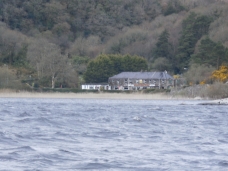 looking out to the lake