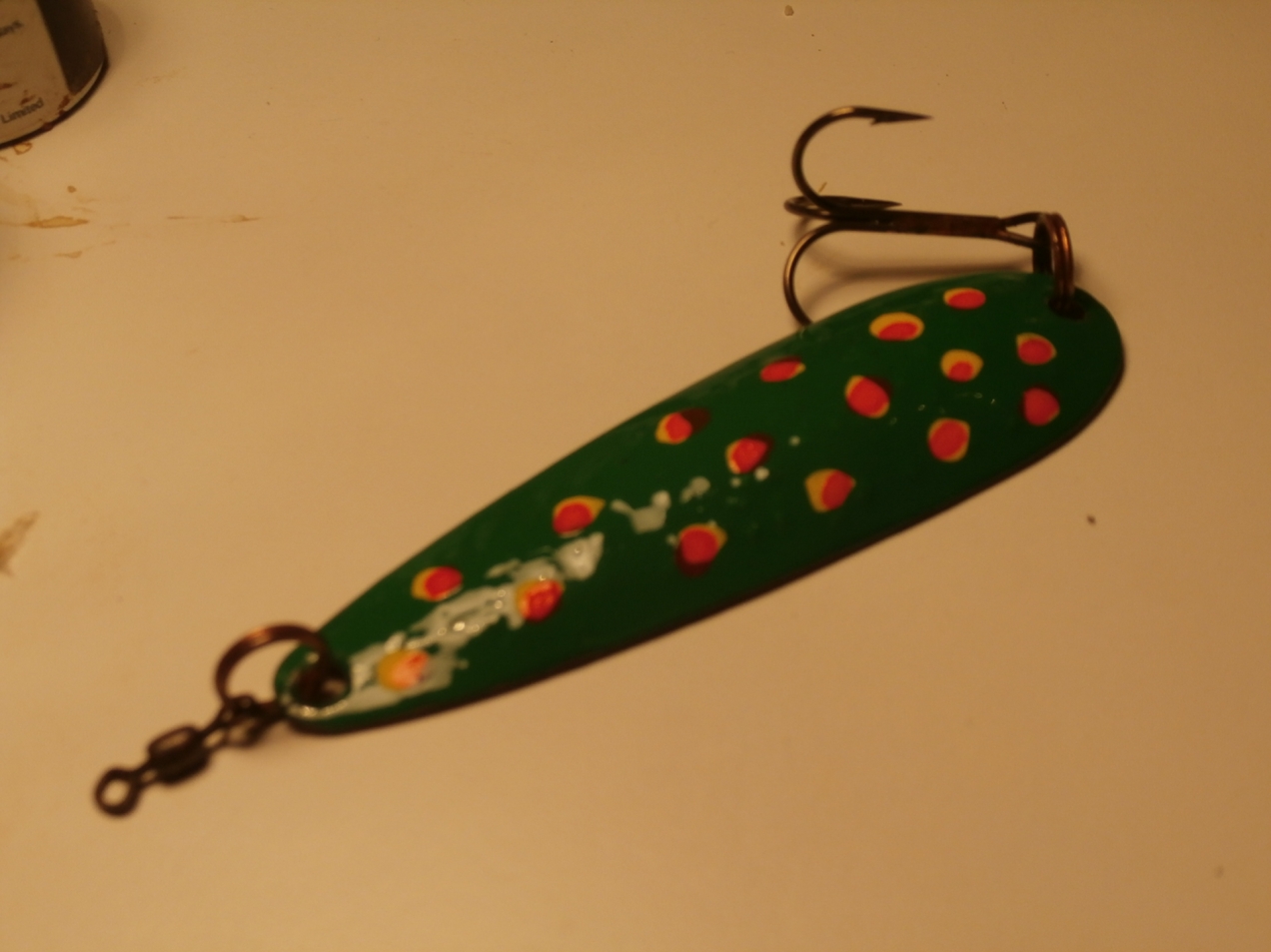 So I have a few old Blair Spoons knocking around in my tackle box. Not those poor copies which you buy online these days; no – these are the real thing, hand made on Royal Deeside. I bought them when I was in my teens and they gave me a few salmon fished slow and deep in cold spring water. They cast well and flutter beautifully in the current but my examples have not seen action for decades. Maybe that is about to change………………….. 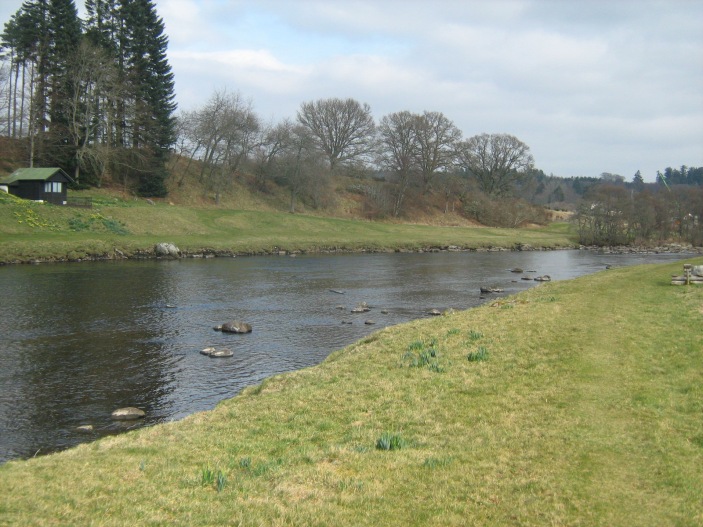 The lower Dee, home of the Blair Spoon

For those of you unfamiliar with the Blair Spoon it is a salmon lure, about 3 inches long, copper on one side and silver on the other. I have this mad idea that by changing the colour scheme it could work for Pike around here. Some ferreting around in my endless boxes of disused rubbish unearthed some ancient tins of Humbrol enamel paint. A nice dark green, a pale, watery yellow and a rather fetching fl. orange were prised open to reveal some still usable liquid. God alone knows what Humbrol made this paint out of – these tins a forty years old if they are a day!

I wanted to retain the copper so I spent some time burnishing that side of one of the spoons until it shone.

Then I gave the previously silver side a couple of coats of dark green and set it aside to dry. Once dry it looked a bit plain, so I dabbed on some yellow spots and livened the whole job up by further spots, this time using that racy hot orange.

Hmm, it looked OK but I felt it required a bit more ‘bling’. I like a touch of red on my pike lures so I went foraging for another appropriate bauble. I thought I would have one of those little red plastic tails you get on some lures in my gear but came up empty-handed. I could have robbed one of of another pike lure but that seemed to be defeating the purpose so, in the best traditions of ‘Blue Peter’ I decided to make a tail. Some old plastic tops from food jars would do the job nicely. 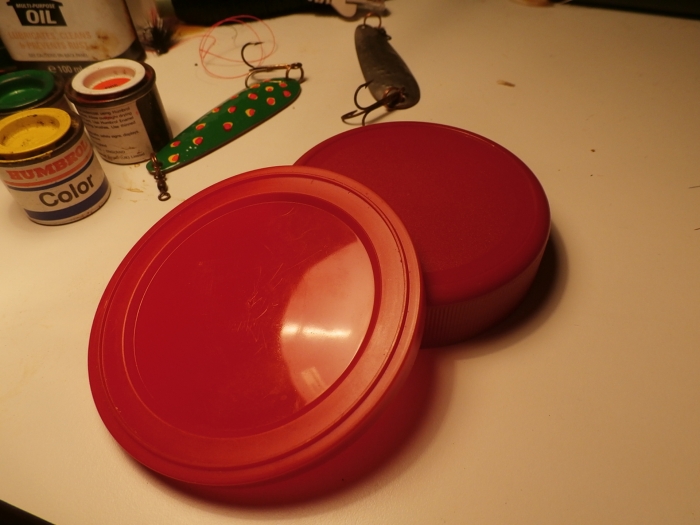 A few minutes work with a sharp knife and the drill gave me a perfectly serviceable tail which was then attached to the split ring on the end of the spoon. 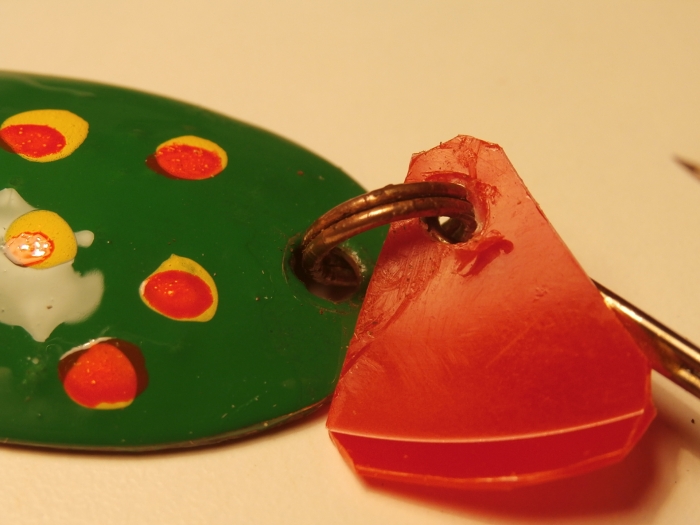 All finished. To my eye this is a nice lure that should work for the green beasties. The trouble is that the fish usually see things completely differently. I will give it a swim the next time I am out anyway and report back to you all. 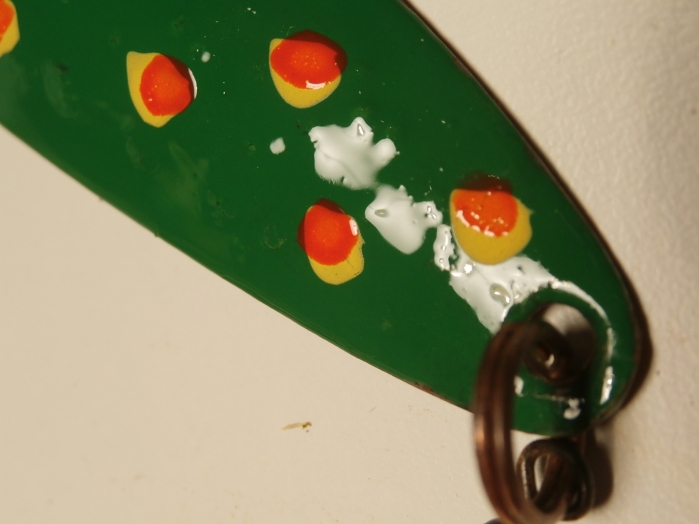 I have also tried painting the silver side of one of my Blair Spoons with fire orange paint. Three coats applied and it has come up a very interesting deep orange colour. what do you think? 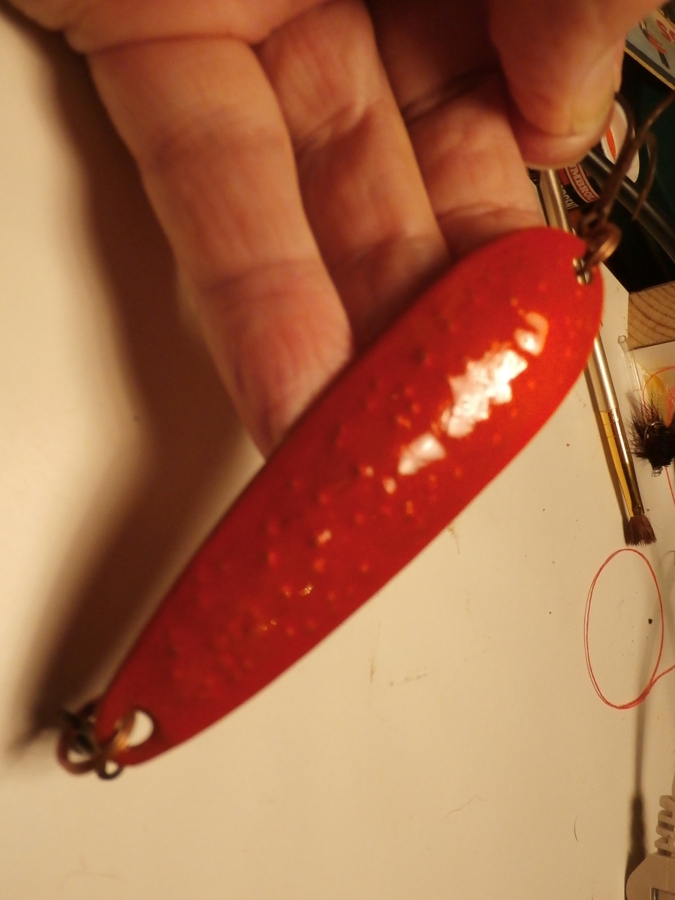 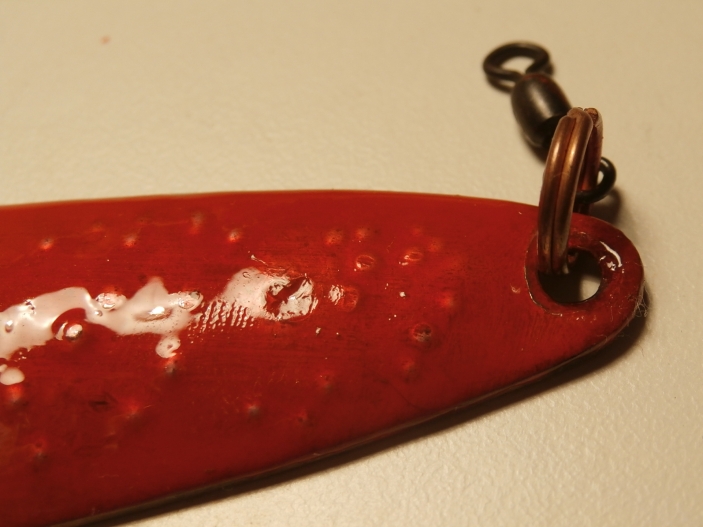 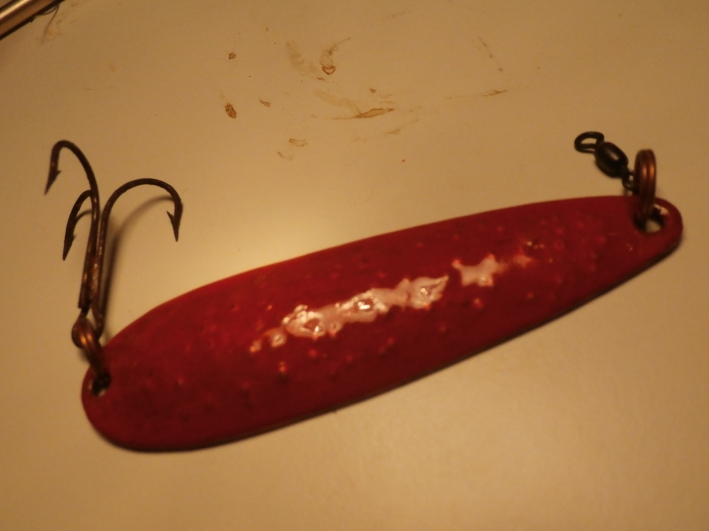